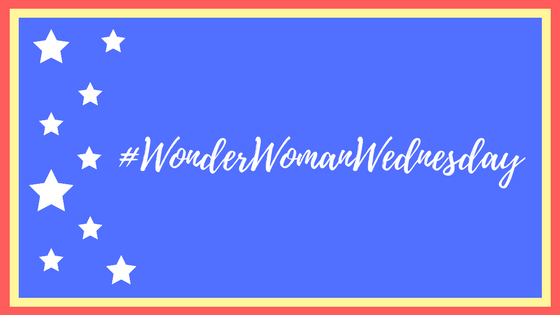 And if you’re interested, Heather Long wrote a spoiler-free review of the film, and she has also created an additional post about her crush on Steve Trevor (WARNING: don’t read this one until AFTER you see the movie!).

In the meantime, don’t forget to check out Heather’s latest release, When Danger Bites!

About When Danger Bites:

Buttoned-up Corporal Kaitlyn Amador is dangerous on every level. As a human, she poses a threat to Marine Captain Jax Raymond’s special Force Recon unit. Though the team has a reputation among the other recon units, only their commanding officer knows their secret. As a woman, the danger posed is entirely different. Jax can survive the temptation for only so long before his wolf takes over and pursues what it wants.Military intelligence specialist Corporal Kaitlyn Amador is the first woman in the Marines to be assigned to a recon team. And everyone’s watching her. Her mission? Not only prove herself worthy of her place in the group, but uncover the mystery of why Bravo Team is so successful. A mission that gets more difficult every time she’s near Jax…

USA Today best-selling author, Heather Long, likes long walks in the park, science fiction, superheroes, Marines, and men who aren’t douche bags. Her books are filled with heroes and heroines tangled in romance as hot as Texas summertime. From paranormal historical westerns to contemporary military romance, Heather might switch genres, but one thing is true in all of her stories—her characters drive the books. When she’s not wrangling her menagerie of animals, she devotes her time to family and friends she considers family. She believes if you like your heroes so real you could lick the grit off their chest, and your heroines so likable, you’re sure you’ve been friends with women just like them, you’ll enjoy her worlds as much as she does.

#TeaserTuesday: The Wrong Kind of Compatible by Kadie Scott

9 Circles of Deadline Hell  by Cindy Skaggs With apologies to Dante, here are the writer’s 9 …

My latest Brazen, Dirty Games, takes place at an exclusive island destination in the Caribbean, and …

Are you ready?   It’s time to reveal the…