Who tried it: Angela Claire, author of Tempting the New Boss

Decades after adroitly maneuvering my husband into vegetarianism by becoming one myself and raising our two boys to be vegetarians, he turned the tables on me and became a vegan! Without the use of eggs, I was stymied in my secret delight of baking fattening treats and making him eat most of them. This recipe avoids the eggs and doesn’t have any bizarre ingredients, but still manages to taste like real, soft sugar cookies.

With all that extra time not spent in the kitchen, what’s Angela currently reading?

Although (no surprise here!) I generally favor romances, I’m reading something a little different these days: A memoir. My son is marrying a lovely, dynamic young woman who has her own business and originally came from China 15 years ago. Even though she’s very American now, I wanted to learn a little more about the culture of her mother and relatives before everyone arrives for the wedding next summer. So, I am immersed in Wild Swans: Three Daughters of China. It’s a moving portrait of three generations of Chinese women, including the author, Jung Chang, who emigrated from China.

“The story of three generations in twentieth-century China that blends the intimacy of memoir and the panoramic sweep of eyewitness history—a bestselling classic in thirty languages with more than ten million copies sold around the world, now with a new introduction from the author.

An engrossing record of Mao’s impact on China, an unusual window on the female experience in the modern world, and an inspiring tale of courage and love, Jung Chang describes the extraordinary lives and experiences of her family members: her grandmother, a warlord’s concubine; her mother’s struggles as a young idealistic Communist; and her parents’ experience as members of the Communist elite and their ordeal during the Cultural Revolution. Chang was a Red Guard briefly at the age of fourteen, then worked as a peasant, a “barefoot doctor,” a steelworker, and an electrician. As the story of each generation unfolds, Chang captures in gripping, moving—and ultimately uplifting—detail the cycles of violent drama visited on her own family and millions of others caught in the whirlwind of history.”

Grab your copy of Tempting the New Boss for 99¢! 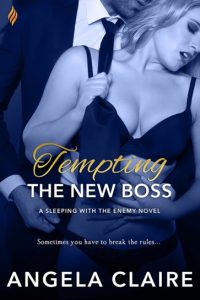 Sometimes you have to break the rules…

Eccentric CEO Mason Talbot may be missing a few social skills, but when he meets his alluring new lawyer Camilla, he turns on the charm. Well, his kind of charm….

She’s a good girl…with a wild side.

An affair with the boss, a plane crash and getting stranded in the freezing wilds, makes Camilla’s first day on the job unforgettable. Now all she needs to do is survive the rest.

A new job, a new love…a new life. But while she’s tempting the boss, will she also be testing herself? 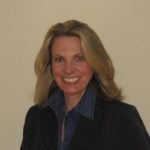 Angela Claire, like most writers, grew up loving to read, which led to a degree in English literature, which in turn led to unemployment. Sadly, not having been born to wealth, Angela was forced to develop a more practical plan for eating and paying her rent…hence the dreaded and expected descent into law school and inevitable career as a lawyer. In no time she had gotten rid of her pesky yet massive student loans and was sacking away funds for her hoped escape from the law profession one day. Surprisingly difficult to escape from, the law did allow her abundant time for daydreaming in boardrooms and writing down story ideas while pretending to draft contracts. Now a multi-published author, she does what she loves, free of debt, but with a little less leeway on the eating and paying rent thing. She lives in the Midwest with her very indulgent husband and two sons.