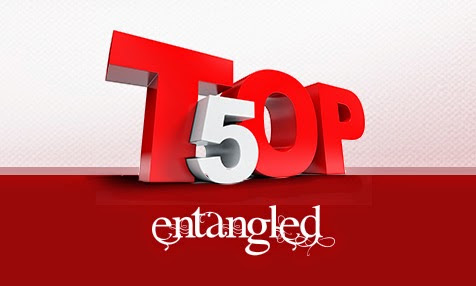 Are you a Nephilim? 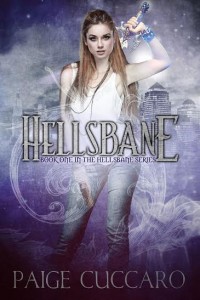 In the world I created for Emma Jane HELLSBANE, angels aren’t the sweet, merciful, creatures we’d like to think. They’re oddly striking men, with desires and ambition and prejudices much like humans. In other words, they can be real jerks. Not all of them though. Some angels love humans. They’re ashamed of their Fallen brothers who have seduced human women, impregnating them, then wiping their memory in a cowardly attempt to hide their sin. Some angels have dedicated their lives to help the Nephilim children left behind, make things right. Some of those angels are just plain HOT AS HELL! (just sayin’)

So what’s a Nephilim? You probably already figured out a Nephilim is the child of an angel and human. They’re mentioned in the bible as well as in the ancient Book of Enoch. But in HELLSBANE they’re fathers have passed some angelic DNA to their children and with that a taste of their power. Teleportation, telepathy, heightened strength, speed and fighting skills, as well as a greatly increased lifespan.

The scary thing is, most Nephilim never realize what they are, and what kind of power is trapped inside them. I mean, when you have women who don’t even remember being with angel, anyone could be a Nephilim. Maybe. Even. YOU.

So how can you tell? Well, luckily there are a few clues.
1. Precognition

Angels have the power to travel at the speed of thought. They travel so fast they fold space and TIME, essentially seeing into the future. Angelic fathers pass a version of that power onto their children in the form of precognition. Ever kind of know when something is about to happen, or know when someone’s about to call, or what they’re about to say? Yeah? You might be a Nephilim.

Déjà vu is similar to precognition but to a lesser degree. When you could swear you’ve seen, heard, experienced an event already. If you’re a Nephilim you feel that way, because you have. Even though your powers are dormant, they can still awaken at odd moments then go dormant again without warning. Trust me. That’s a good thing if you might be a Nephilim.

Angels have a special connection with each other that allows them to communicate from mind to mind. That ability spills over and allows them to hear the thoughts of humans as well as any living creature on the planet. Nephilim often inherit a mild form of this ability. They’re often called “whisperers,” because they seem to have a special power to understand the minds of people and animals without audible communication. Anyone ever tell you that you REALLY “get them,” when no one else does? Do you have a way with dogs, cats, horses? Ever been called a ______ whisperer? You might be a Nephilim.

4. An innate skill with weapons and hand to hand combat.

At their core, most angels are warriors, defenders. They are superior fighters. So of course this is yet another trait that is often passed to half angel children. Are you naturally an exceptional aim? Do you seem to instinctively know how to fight? You might be a Nephilim.

5. A really HOT guy keeps trying to get you to pick up a sword.

An angel’s sword is a part of their physical make up, like their hair and fingernails. Nephilim have to be given a sword. A Nephilim’s sword awakens their dormant angelic power. It also puts them on demon radar and ignites a burning desire to hunt and kill Fallen angels. DON’T PICK UP THE SWORD! Seriously. Don’t do it. You’re whole life will change. Just ask Emma Jane Hellsbane. Or better yet, read her story!

Being a Nephilim may sound kind of fantastic. I mean, once you awaken your powers the world is yours. You can go anywhere, you stop aging, you have incredible strength and your eyes are opened to an entire universe of spectacular creatures. But be careful. Those creatures are stronger, faster, and better trained. They’ll kill you as soon as look at you. And they can show up at any time, in ANY human looking body. Fighting for your life in the bathroom of your local Walmart ain’t as glamorous as it sounds. Believe me. I know.

I’m not sure if I’m Nephilim, but I’ve been lost in the world of HELLSBANE for years. I gotta say, It’s pretty awesome. Come join me.

Find out more about HELLSBANE

4 Replies on Top 5 Clues You Might be a Nephilim

Are you ready for a sneak peak at Entangled Publishing’s brand new, sexy novella line, FLAUNT?…