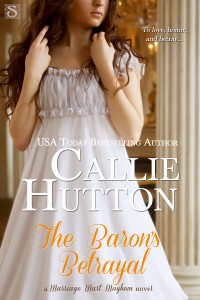 Research: Are you sure about that?
By: Callie Hutton

Every author has to conduct a certain amount of research when writing books. But when you write historical novels, the research is much more intense. Not only do you have to make sure certain a style of clothing was or was not worn (Stays? Corset? Hoops? Cravat?), you also need to be careful about words.

I use my online etymology the entire time I am writing. What amazes me more than anything is how many words were actually used over 200 years ago. Nonconformist? Believe it or not, it first appeared in 1610. The word adolescent is from 1785 and a jogger, or “one who walks heavily” was in use in 1700.

I once wrote a story A Prescription for Love where the hero owned a pharmacy in the early 1900s. Aspirin was a newly developed pain medication and was dispensed as a powder. During my research you can imagine my surprise to discover cigarettes were used for the treatment of asthma. Not tobacco cigarettes, but ones with medicine in them. Just seeing the word cigarette in conjunction with treating asthma definitely gave me pause.

Drugs such as opium, morphine, heroin, and cocaine were in wide use in over-the-counter medicines made by a pharmacist or a manufacturer (known as patent medicines). A well-stocked pharmacy shelf had its supply of nerve tonic pulls, laudanum, cannabis and belladonna, which is what my heroine used to help her asthma.

Another important part of research is being careful not to use items that were not known in that time period. I’m not talking about something as obvious as a cell phone, but what about a stethoscope? In my new book, The Baron’s Betrayal, a doctor examines the heroine with an instrument that she sees as resembling a musical instrument. It is actually one of the first stethoscopes in use.

In another scene, fire breaks out in a home in London. I thought it might serve me well to research fire brigades in the year 1815. Much to my surprise I found that the only official fire brigade in 1815 London was owned by insurance companies. Since they had a vested interest in homes they insured not burning down, insurance companies dispatched their own group of men who fought fires – but only at the addresses of homes they insured. No insurance; no fire brigade.

I don’t imagine all readers have as much of a fascination with history as I do. But doing research for my books is an entertaining part of the process. As a college history major my love of the subject never fades.

You can see other little tidbits of research I did for The Baron’s Betrayal at the back of the book, under Author’s Notes. Some of it pertains to what amounts to a ‘spoiler,’ so I won’t go into it here.

Here is the blurb for the book:
It’s been two years since Lady Marion Tunstall lost her husband at sea. Two years of sorrow and grief. Only now has the young, comely widow finally re-entered society. It isn’t until she and her family attend the merriment of a country dance that Lady Marion sees her dead husband, alive and well…and faints dead away.

Lord Tristan Tunstall has no choice but to confess—he is alive, yes, but not a whole man who can be a husband and father. When he offers her a divorce, however, Marion stubbornly refuses. Now she has forced herself back into his life, and into his home and (oh, God forgive his weakness) his bed. He cannot stop himself from wanting her. Loving her. But can he live with the secret she is keeping from him?

Find out more about The Baron’s Betrayal
Only $0.99 for a limited time!

Behind the Book with Robbie Terman

The Queen of Swords Blog Tour kicks off today! Be sure to check out all of our tour hosts for awesom…