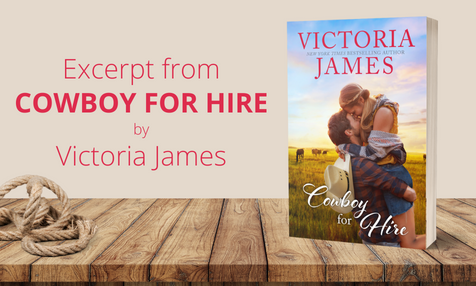 Cowboy romances have become increasingly popular over the years. Once you read one, you will want to read them all. We suggest COWBOY FOR HIRE! Read an excerpt below and fall in love with Wishing River.

“Hours later, Sarah slowly lowered her head to the desk, her hand on a bottle of Tylenol, ready to be done with the ranching business after one day. This was a disaster.

She was a disaster.

It appeared the small town of Wishing River had an exorbitant amount of cowboys who were ready to trade in their chaps for roses and wine. It also appeared the cowboys here did, in fact, still read the paper.

This couldn’t be happening. Or happened. It was over. All of it. Her career as a rancher was done before it even had a chance to start, because there was no way word wouldn’t get out about this. But hey, at least Sarah knew that there were six cowboys willing to take her around town and romance her—if she paid them.

She banged her head against the desk. So stupid. After her family’s long-standing foreman, Mike Ballinger, walked off the job last Friday without any notice, she’d been left hanging. Thankfully, the other cowboys knew their jobs and were capable of continuing, but the role of ranch manager was essential to an operation this size. She needed someone immediately.

The knock on the door was the final straw. How many men were available for escort services in this town? She stomped across her late father’s office and whipped open the door to find…one of the most breathtaking men she’d ever seen in her entire twenty-six years.

The sun was setting in the distance behind him. Typically the sight of it disappearing over the mountains would make her pause and take it in, except tonight it was him she was noticing. If she were part of the Montana tourism board, she’d be hiring him to stand there, just like that, with the mountains in the backdrop, the sun casting a glow over his perfect…everything.

He must be an escort. Was that bad of her to assume? The bizarre thought that maybe she should rethink her whole position on hiring an escort crossed her mind for the briefest of moments.

She forced herself to focus. He was in his late twenties or early thirties. His worn cowboy hat dipped low, but not low enough that she couldn’t admire the aqua-blue eyes that stood out against his tanned skin. Light stubble highlighted a strong jaw and lean features. His dark-blue-and-white-checked shirt was rolled up midway to his elbows and revealed strong, tanned forearms. His jeans were worn and clung to his lean but powerful-looking body. He was a man who could make her nervous just by standing there.

He was probably very good at his escort position.”

After you’ve finished hiring a cowboy, get ready to mail order another with Victoria James’s upcoming novel MAIL ORDER COWBOY! 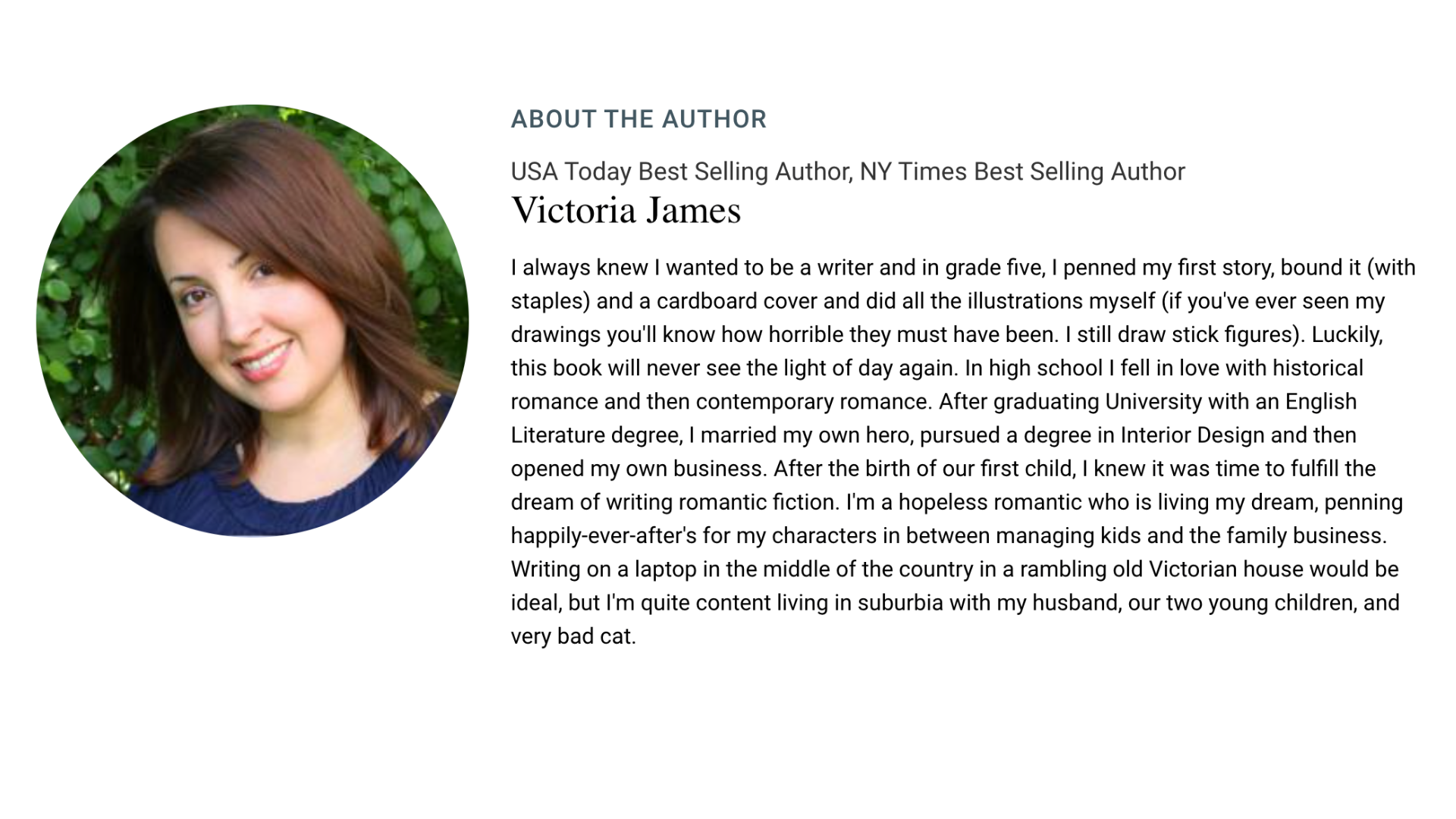 I feel sorry for people who don’t believe in fairy tales anymore. I’m not talking about the hokey, l…