Long gone is the stereotypical heroine in films and literature who is shy, quiet, without flaws and only there to showcase her male counterpart. Now, our favorite heroines are stealing center stage, portrayed as strong, confident, successful women who struggle with real life issues. One emerging trend in female characters is the ‘Workaholic’. I love this type of character because of the complexity her drive to succeed adds to her personality and the conflict it often creates in other aspects of her life. In my upcoming romance, A Lot Like Forever, Whitney Carlisle definitely falls into this category. As the manager of marketing and tourism for Blue Moon Bay, her job is demanding and her work schedule dominates a lot of her time. But while she finds it stressful, she also thrives on the fast-pace. Unfortunately, sometimes, it’s hard for these career-driven characters to slow down and in A Lot Like Forever, Whitney discovers the hard way that she needs balance in her life.

My top five workaholic heroines from other books and movies are:

–Margaret Tate from The Proposal

Margaret is a top book editor for a major publication. She’s smart, driven and successful in her career…but no one likes her. She’s definitely ‘prickly’ in the beginning of the movie and her workaholic ways start to impact her assistant, Andrew’s life as well. I loved her character because as she starts to let her guard down and open herself up to Andrew, we get to see a different side of her, but she remains true to who she is. We get to understand her struggle as a professional woman and are rooting for her to also find love in the end.

–Amanda Woods from The Holiday

Amanda is a movie executive who creates movie trailers for a living. She’s successful, rich and confident, but closed off and unable to express strong emotions, negatively impacting her relationships. She decides to take a break over the Christmas season and participates in a ‘Home Exchange’ ending up a long way from home in L.A. Within hours, she decides it’s a mistake because she’s unable to relax…until the brother of the woman who owns the cottage she’s staying in knocks on the door. I admired her character so much in this movie because she’s willing to acknowledge her flaws and try to change a little, open herself up more. She grows throughout the movie into a woman who really can have it all.

Haley is an ad executive in competition for a client with a male co-worker. She’s confident and driven and certain that she is the best woman for the job. Unfortunately, she might understand ad campaigns, but she doesn’t understand Christmas, never taking the time to celebrate it. Therefore, her boss sends her to Christmas Camp, where she finds love as well as the holiday spirit. I really enjoyed Haley’s character because it really takes her a while to get ‘out of office’ and start to embrace the experience and the opportunity she’s been given to have a more fulfilling life.

Kate is a PR executive who loves her career, but struggles with the guilt that a lot of working moms feel every day. She doesn’t want to stay at home with her kids, wanting a career for herself, but faces a lot of tough choices along the way. I like her character in the show because I think she’s very real. She makes mistakes, she’s often feeling desperate and worn out as she balances running her own company and being a mom and a lot of women can relate to that.

–Heather Fowler from For Better or Worse by Lauren Layne

Heather is a small-town girl trying to make it in Manhattan and when she gets promoted from Assistant to Wedding Planner, she’s desperate to prove herself. She loves her job and is dedicated and committed to her career until she’s forced to see another side of life and the joy in slowing down and living in the moment. I identified with Heather in her drive to want to work hard and be the best at something she loves, while understanding the sacrifices that often means. 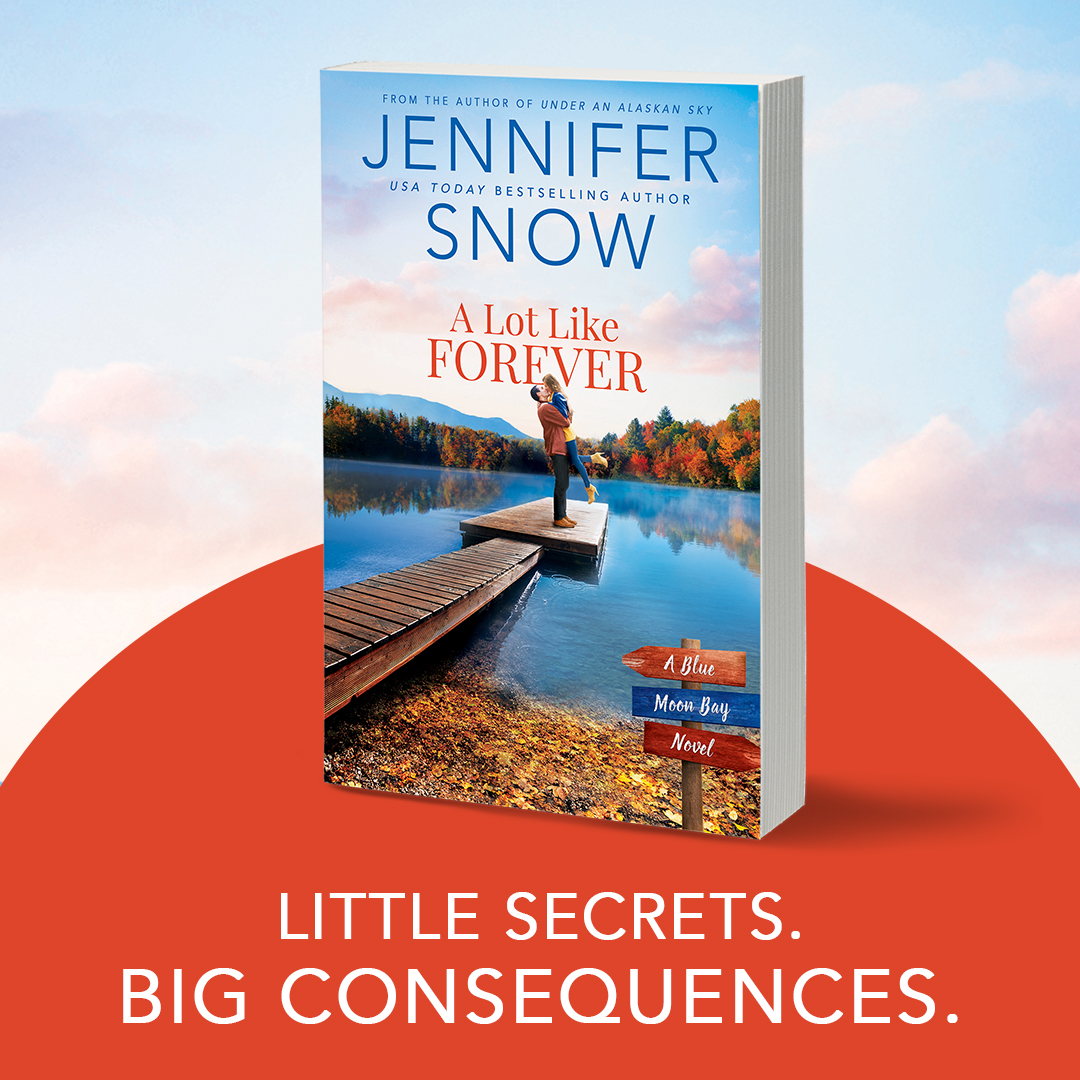 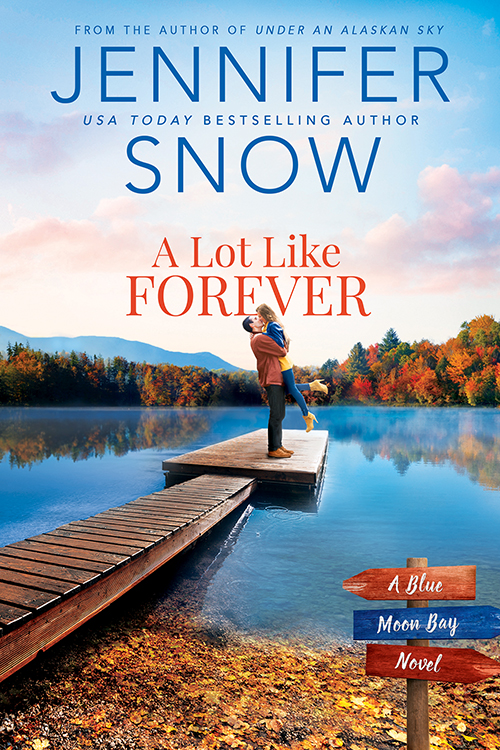 Whitney Carlisle has everything under control—or at least that’s what she needs everyone in Blue Moon Bay to think. She has always faced the hard times in her life head-on and come out stronger for it. But this time, she isn’t so sure. Whitney knows she needs help, but how can she put that burden on Trent, her fiancé. How can she crush his dreams by telling him the plans they made for a future together have to change?

All Trent Connolly wants is to get married, have kids, and spend the rest of his life loving Whitney. Their relationship has had its share of ups and downs—like any other couple—and they’ve always managed to get through it unscathed. So when Whitney is clearly struggling with something, Trent is ready to help. His fiancée’s strong will is part of what draws him to her—but this time, it feels like it’s pushing him away.

Whatever Whitney is hiding from everyone has to be big. Possibly life-changing. She must believe that revealing her secret would do Trent more harm than good, even if it crushes her under the weight of it. The only thing he can do now is be there for her in whatever way she needs…until a secret of his own comes to light that threatens to steal their chance at forever. 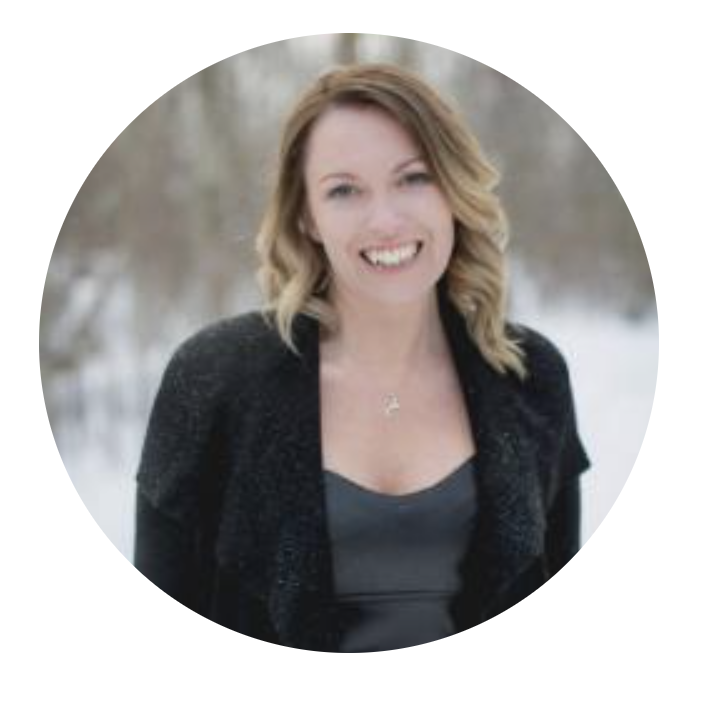 Jennifer Snow is a USA Today Bestselling Author writing contemporary romance fiction for Grand Central Publishing and Harlequin. Her stories range in heat level from sweet to sexy and are set everywhere from big cities to small towns. Her books are light and humorous, but also full of heart, featuring families and communities readers love to visit over and over again. Originally from Newfoundland, Canada, she now resides in Alberta with her husband and son and three mischievous cats. She is a member of The Writers Union of Canada and the Alberta Writers Guild. She currently publishes psychological thrillers under her pen name J.M. Winchester and writes screenplays and TV shows in her ‘spare’ time.