Top Five Songs that put me in the writing mood.

I absolute love all types of music. These are songs I listen to while I write or do research on-line. They are songs from a few of my favorite artists.


Bruce Springsteen, Darkness on the Edge of Town 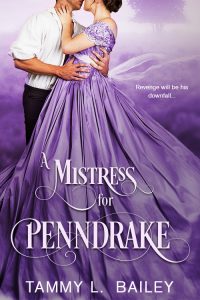 The Marquess of Wesley is out for blood. For a year, Lord Wesley has tried to undo the devastation his father left to Penndrake, their ancestral home, only to discover the man gambled it away right before his death. Now Wesley is being blackmailed by the new owner into marrying a woman he’s never met in order to get it back. But his intentions are less than honorable…

At one and twenty, Miss Kate Holden intends to become a governess, having sworn off all men years ago. However, her plans are halted when she receives a daunting letter from her cousin about a Lord Wesley. Ignorant of the name, and the devilish marquess that wears it all too well, she nearly ends up compromised. Refusing to fall prey to Wesley’s skillful seduction, Kate decides to turn things around on the rake. But the high-stakes game between them soon leads to her losing the last thing she expected…her heart. 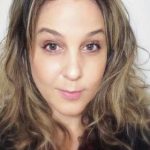 Tammy began writing when the shows and movies she watched didn’t end the way she wanted them to end. Whether it’s historical or contemporary, for her, there must always be a happy ending. When she’s not writing, she’s spending time with her husband and two boys near Cleveland, Ohio. Without their sacrifice and understanding, she believes she would have never been able to pursue her passion for writing or her accomplishment of becoming a published author.