Graham Laithe, Earl of Rayne, relinquished his sister to her blushing groom. As Lady Clarissa and Lord Markham spoke their vows, Rayne retreated to the back corner of the chapel, settling into the shadows between a knight’s ancient tomb and a Norman holy water fountain—just another relic at odds with the stained-glass infused sunlight further candying the already too-saccharine scene.

So begins my latest release, Diamond in the Rogue. Although the imaginary church is located at the center of the equally imaginary Village of Southford, some of the details were inspired by a 2018 visit to the St. Michael the Archangel Church located in the UK Parish of Southampton City Center. Come with me on a tour? 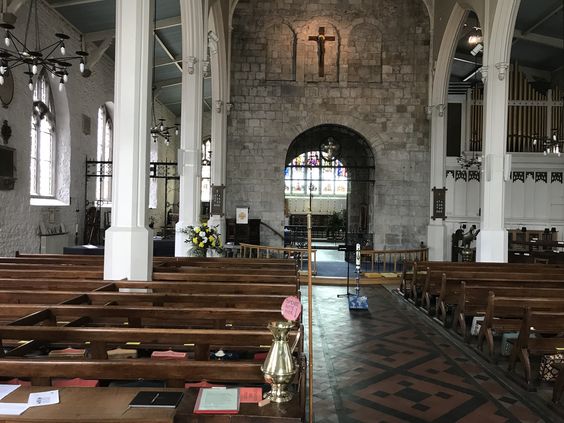 The church was founded in 1070 and is the only one of the original churches within the walls of Southampton currently in use. Although the church was damaged by fire in the 1300, it survived the 1940 blitz with some awe-inspiring original features. The elegant cast iron columns shown in the photo date to an 1836 renovation, and make a pretty contrast stone chancel, which dates, in part to the 12th century. But the item that most fascinated me on my visit was the baptismal font. 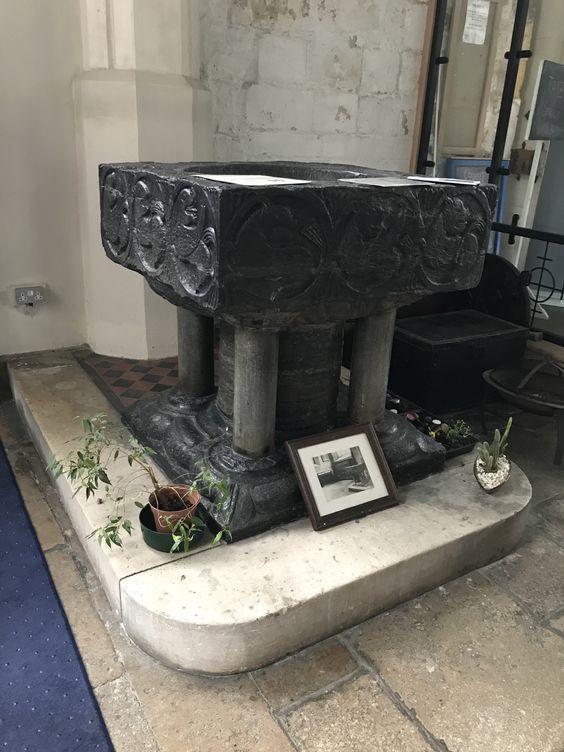 Made of a single piece of Black Tournai Marble (so call because it was sculpted in Tournai in Belgium), the 4,400 lb font is of Norman origin and one of four known to exist in Hampshire. Each side has three figures, eleven of which are beasts, and one, a man. According to our guide, the beast below was meant to be a lion (as mentioned in the bible), but the masons had no way to know what a lion looked like, and so they created this fearsome creature. 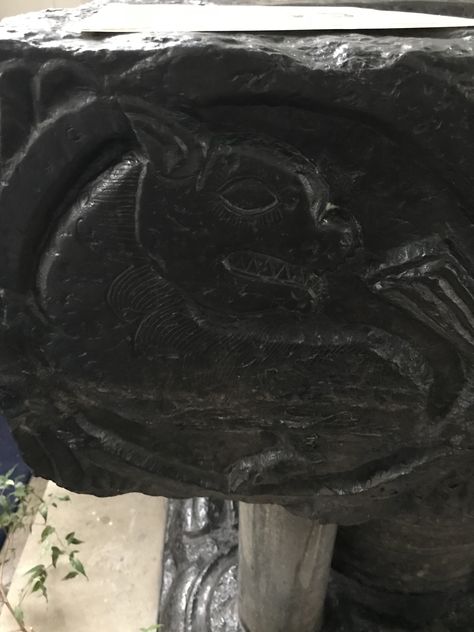 As for the “Knight’s Ancient Tomb” mentioned in my opening paragraph—I used a little license. The tomb within this particular church is Elizabethan. Sir Richard Lyster (Death, 1554) served as Chief Baron and later Lord Chief Justice of the Common pleas. 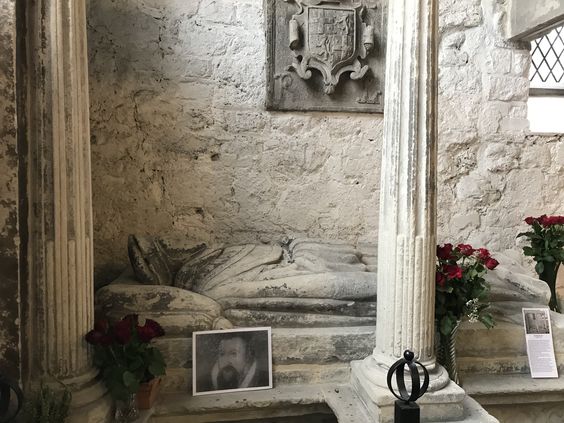 Also of historical interest, but not appearing in the Diamond in the Rogue, is a brass lectern rescued from the nearby Holyrood Church during the blitz. It dates from the 14th century and, we were told, survived raids through prior centuries because, for a time, it was painted to look as if it were wood, not metal. The once-jeweled eyes were not as fortunate. 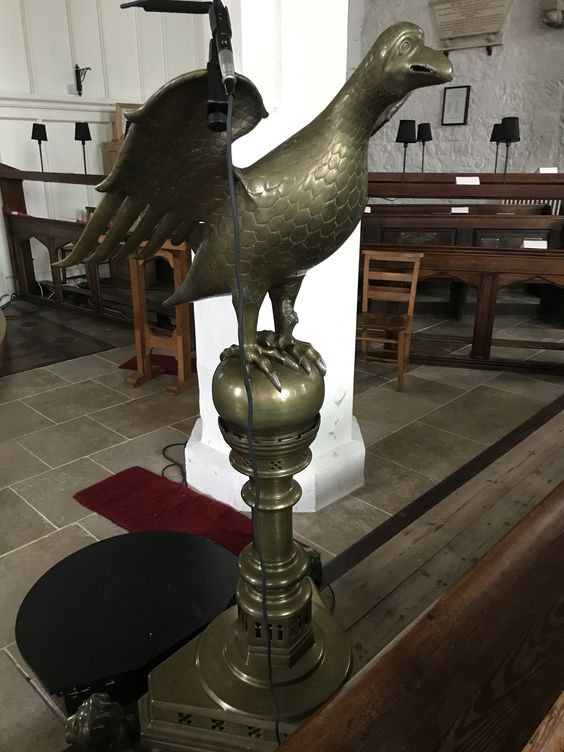 I hope you’ve enjoyed this short, visual tour of this beautiful, historic church. As for what it’s like to actually stand in the sanctuary—like most places of worship, the atmosphere is hushed and reverent, the 3-foot-thick walls serving to mute the outside world. It’s almost impossible not to feel kinship with souls who have sought solace beneath the rafters over the past thousand years.

Pick up Wendy LaCapra’s Diamond in the Rogue, out now!

In an act of revenge, Lord Rayne kissed Lady Julia and was sent packing to America. But now he’s back to settle his affairs and give away his sister in marriage, until he meets up with the alluring yet innocent Lady Julia again. He doesn’t regret their first kiss, but he was never good enough for her.

Lady Julia had two years to forget the moody and mercurial Earl of Rayne. But one look, and she knows they’re meant to be together. Be damned with his and her brother’s objections, she’ll just jump on the back of Rayne’s departing carriage and compromise them both thoroughly.

Only, Julia never expected her forbidding Lord to be so good at resisting temptation…

Wendy LaCapra has been reading romance since she sneaked into the adult section at the library and discovered Victoria Holt & Jane Aiken Hodge. From that point on, she dreamed of creating fictional worlds with as much richness, intrigue and passion as she found within those books. Her stories have placed in several contests, including the 2012 Golden Heart. She lives in NYC with her husband and loves to hear from readers. If you’d like to be informed when a Wendy releases a new book, sign up for her mailing list at http://bit.ly/GetWendyNews (never shared!)

I don’t know about you, but I just love holidays and exploring new and interesting des…

Travel Tuesday: Paulina Lake, Oregon   Nature inspires me, so I love to get out in it wh…