Recently a friend and I planned a trip with a Scottish driver that would allow us to get away from the popular tourist destinations—Edinburgh, Urquhart, Stirling Castles—and see remote parts of Scotland.

After arriving at the Edinburgh airport (where Customs/Immigration is the easiest I’ve ever experienced…you simply put your passport on a screen, wait for it to process, and off you go!) we drove across country and down to the Mull of Kintyre.  This peninsula is basically flat with lots of shoreline and pretty views. “Mull of Kintyre” has become a favorite Scottish folk song, but it was actually written by Paul McCartney while he was the band Wings.  He and his wife, Linda, had a farm in that area and I can definitely understand why they would choose the location.  It is remote and lovely.

The second day we travelled to Oban, which it the port-way to the Western Isles and has great shopping.  My friend’s interest, though, was in touring the distillery, famous for its single malt Scotch whisky and imbibing in a wee dram or two.

The third day was a trip to the Isle of Lewis.  Most tourists visit Skye, which is closer and accessible by both ferry and road.  The ferry to Lewis took two and a half-hours, but the fish-and-chips aboard were great!  This is the isle that is home to the Callanish Stones, sometimes known as the “Stonehenge of the Hebrides”.  It is very much still intact, in the shape of a Celtic cross, and people can actually walk into the circle and touch the stones, unlike being separated by a fence at Stonehenge.  We were incredibly lucky that it was a cold, wet Sunday morning and we were the only people there! Remote, on a windy hilltop, it didn’t take a lot of imagination to travel back in Time.

After that visit, we crossed the Highlands of Sutherland and Caithness.  Aside from the narrow road (which had “passing places” should we meet another vehicle coming from the other direction…which we didn’t) we could see for miles without a hint of civilization about.  The only company we had were sheep and the adorable, shaggy Highland cows called “coos”.

We caught a one and a half-hour ferry ride to Orkney next. The “mainland” island (there are over seventy) does draw tourists, but mostly in the summer.  It is definitely worth a visit since Skara Brae is one of the most best-preserved prehistoric villages in northern Europe as well as the Ring of Brodgar standing stones, the Stones of Stenness (which are accessible in a sheep pasture…the sheep don’t mind), the Maeshowe burial tomb (a three-foot high passage thirty-five feet long to reach the inside) and the Broch of Gurness, which is another well-preserved, ancient “home” that you can actually enter.  A pinto horse and two Shetland ponies wandered over to say hello while we were there.

Back on Scotland proper, we made our way to the battlefield of Culloden which was where the Scottish Jacobites were defeated by the English in 1746 and after which tartans, pipes were forbidden as well as any “gathering” of clans.

Moving back to full civilization, we stopped at Pitlochry where Heathergems has its factory.  It may sound strange, but they use the stems of heather to fashion very pretty necklaces, rings and earrings.  The town is located in Perthshire, which is, arguably, the prettiest part of Scotland with its surrounding high hills, trees, meadows and farmlands.  We had the rare opportunity to see both the autumn foliage (chestnut trees’ colors are similar to maples) and have heather still blooming in places!

The final stop before returning to Edinburgh was the Roman Antoine Wall.  Built by the Romans some time after General Hadrian built the first wall that crossed Scotland from sea to sea, parts of which are still standing, the Antoine Wall now consists mainly of grassy ditches where the wall once stood.  Still, if you like history, comparing the two walls is interesting.

Unfortunately, all too soon, we were back in the midst of the bustling city.  Edinburgh, of course, is its own trove of centuries of history, but that is subject for another blog. 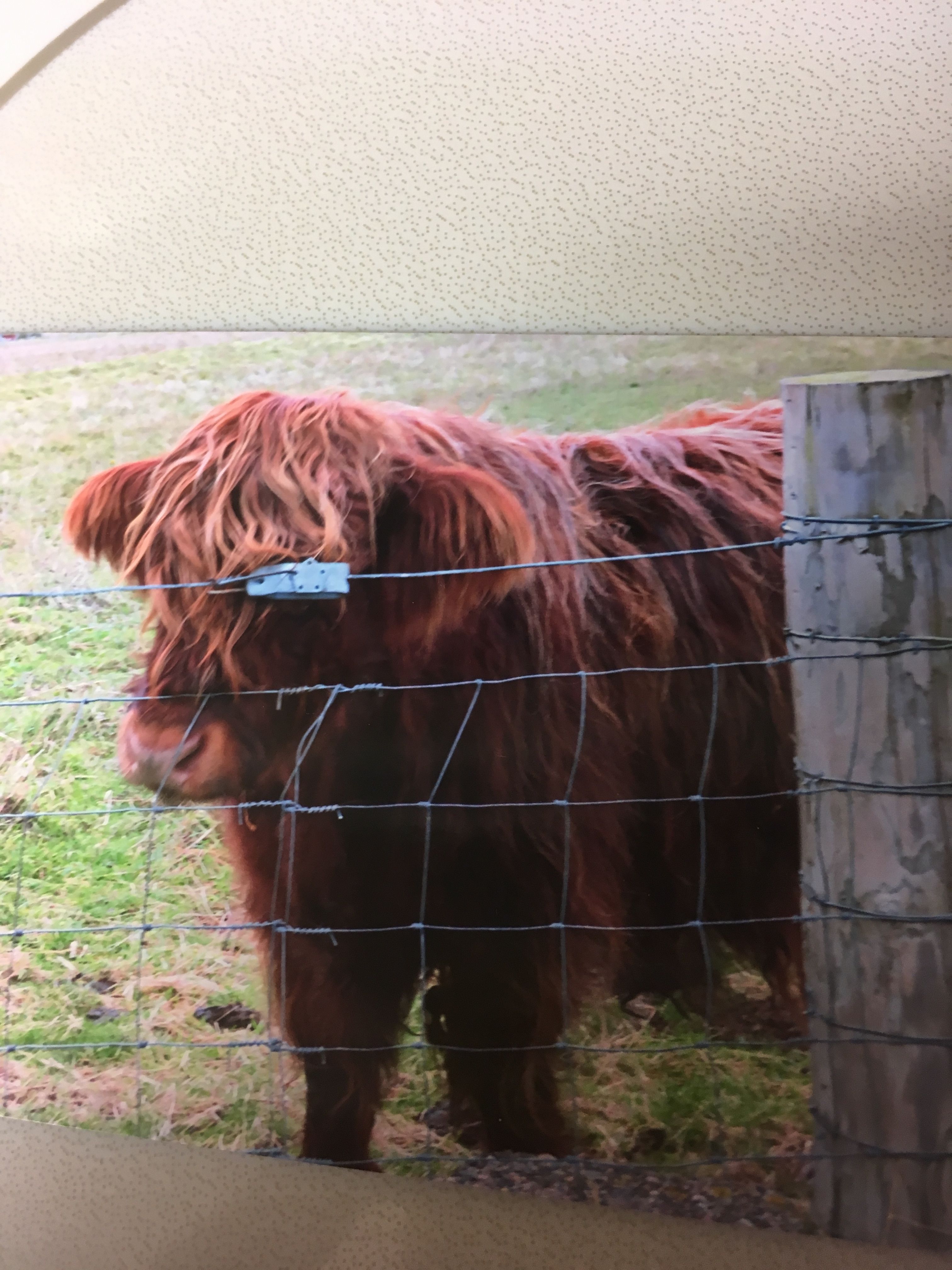 After a night of debauchery, Lord Barclay wakes up to find a woman in his bed. That’s not unusual, but this one is fully clothed. When she tells him they are married, he is instantly cold sober and looking for a way out.

Miss Sarah Vincent, an orphan raised in an American convent, didn’t ask for this marriage. She’ll be damned if it’s in name only. But seducing a man? How ever will she do that?! Good thing her friend lent her a copy of The Kama Sutra….

Brice starts to wonder what has come over his young wife. She’s suddenly taking charge of him, and their house, and no longer the timid woman he assumed her to be.

Despite his aversion to this marriage he’s starting to want his wife…in every way possible.

Cynthia Breeding is an award-winning author of eighteen novels and twenty-four novellas. She currently lives on the bay in Corpus Christi, Texas, with her absolutely-not-spoiled Bichon Frise and enjoys sailing and horseback riding on the beach.

Hi, I’m Dawn Chartier and I’m so excited to be here. I hope everyone’s holiday has…

Today we get a sneak peak at Robin Covington’s office.  It is located at the end of my 22 feet…

We have so much hotness coming your way! Hold Me Down Hard by Cathryn Fox released on …