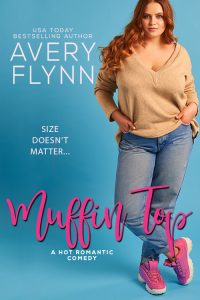 The only thing about me that’s a size zero is the filter on my mouth. I’ve got a big personality, a big rack, and a big number on the scale. And I’m perfectly fine with that.

But when some random guy suggests I might not be eating alone if I’d ordered a salad instead of a hamburger I’m shocked silent, which is a feat, trust me.

That brings us to one sexy fireman named Frankie Hartigan. He’s hot. He’s funny… And he’s just apologized for being late for our “date” then glared at the fat-shaming jerk. Next thing I know, he’s sitting down and ordering himself dinner.

I have no problem telling him I don’t need a pity date…unless of course it’s to my high school reunion next week. Oops where did that last bit come from? And what do I do now that he’s said yes?!

Because this is no make-over story, and I think Frankie is using me for something. I just have to figure out what… 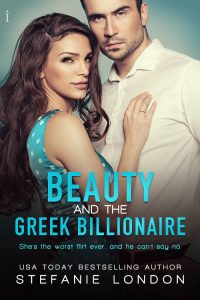 Beauty and the Greek Billionaire by Stefanie London

Marianna Halsey has the most boring life in the world. With seven overprotective older brothers, she’s even ended up a virgin at twenty-four. But when a dark and sexy male prevents her from getting her wallet stolen on a Greek vacation, she decides it’s time for some adventure. She’s read a gazillion romance novels. How hard can it be to score a hook-up?

Greek billionaire and stock market whiz, Nico Galinas has built an empire from nothing. Literally. Orphaned as a baby, Nico trusts no one. Especially not the quirky, attractive woman using the worst pick up tricks in history. She wants something, and Nico decides to play along, even when she invites herself back to his place.

But what happens when “the beast” accidentally knocks up “beauty”?

Aries (March 21-April 19) Your passionate nature will work in your favor today. Get down, get…