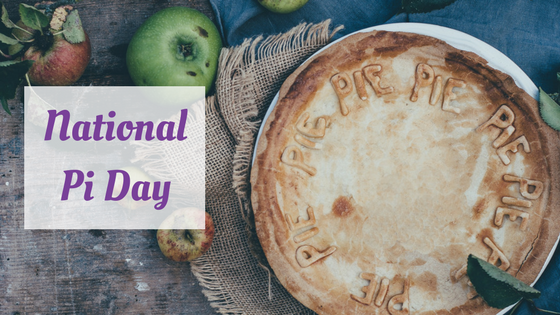 It’s National Pi Day and while you’re eating seconds…third servings of pie why not pick up these books. The pies and other baked goods aren’t the only things heating up in the kitchen!

Her Surprise Engagement by Ashlee Mallory

Single mom Daisy Sorensen doesn’t believe in fairytale endings—at least not for her. All she wants is to enjoy a much-needed, stress-free family vacation at a friend’s Lake Tahoe home. So of course everything that can go wrong does. Including a gorgeous man and his daughter showing up in the middle of the night.

Soon-to-be Governor Jack Harrison has had a crazy week, but he’s sure nothing can top arriving to find a bathrobe-clad, beautiful stranger in the home he’s staying in for the week. He’s wrong. When things spiral out of control the next morning, Jack makes Daisy an offer she can’t refuse. She’ll pretend to be his fiancée and he’ll help her open the bakery she’s been dreaming about.

But in between late-night campfires and days on the lake, Jake finds himself falling for the strong, stubborn woman for real.

An inherited parking spot. That’s all it took to make Natalie Moran’s food truck dreams come true. But her dream space is attached to a bakery inherited by someone else—drop dead gorgeous Eric Schneider, a financial consultant who wouldn’t know a cupcake from a cannoli. And he wants to buy Nat out, no matter what she has to say about it.

Eric’s determined to build his own business, but he needs the super cute klutz with the cupcake truck to help. If Nat will teach him the basics of running a bakery, he’ll give her free kitchen time. Except…neither expects the heat burning between them or the possibility that their arrangement might become permanent.

When it all blows up, Nat is convinced his actions mean betrayal. It’s up to Eric to regain her trust and show her he’s a man who is truly, madly in love with her, before she disappears from his life forever.

Just as Riley Hewitt is thinking of expanding her bakery, Anson Black, plants his new restaurant right next door. They were rivals from grade school, until Anson left town right after graduation, and that opposition picks up right where it left off. But Riley finds more than her competitive edge coming back to life when faced with her smug, annoying—and, unfortunately, drop-dead-sexy competitor.

Anson has always had a secret crush on Riley. No one has ever stirred him or made him work harder than her. He’s sure being right next door will get her to realize just what she’s missing…

Second place just won’t cut it this time around. But if Anson has his way, they could both come out on top.

A Taste of Trouble by Gina Gordon

Indulge Yourself with this Indulgence Sale

One of the sad truths about the writing/editing process is that weight gain is inevitable! Unless yo…

Sharks—we all have that atavistic fear of them. I remember seeing Jaws as a kid and be…