As a born and raised Texan, I have always had a thing for sexy, southern men. But that doesn’t mean you have to be from Texas or any of the other southern states to appreciate a man with a little bit of the Dirty South in his blood. So here are my top five things that I love about southern men. You can thank me later.

These guys know how to move their bodies. Feel free to take that however you want, but I’m referring to their dance moves. Well, at least at the moment.

Whether it’s a quick wink or just a telling grin, there’s just something hot about a man who knows how to flirt properly.

The smart ones have practiced their hat-tipping ways which always ranks high on my all-time sexiest moves list. Trust me, you don’t want to see that list. It’s a bit naughty.

Southern males will court you in the sweetest ways. After all, they are true gentlemen.

Well, except for when they’re not…

If you love sexy southern men as much as I do, I hope you’ll check out my newest release, Law of Attraction! 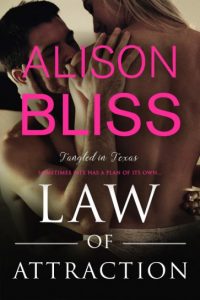 For single mom Bobbie Jo Weston, finding a husband is not on her to-do list. She’s focused on turning a run-down chicken farm into a Bed & Breakfast. She agrees to let a friend’s nephew stay with her in exchange for his handyman skills, but she wasn’t counting on the super sexy Seth Landry being that guy.

Seth has a special skill-set, all right, but it has nothing to do with hammering nails. As a retired member of The Resistance—an elite group of ex-military soldiers—his dark, unsettling past haunts him. He needs a place to lay low, and an out-of-the-way B&B is nothing short of perfect. The blonde beauty doesn’t trust men, and he doesn’t plan on sticking around long enough to change her mind.

The closer they get, the more they can’t seem to keep their hands off each other. And while Bobbie holds on to her fear of watching another man walk out of their lives, Seth’s mere presence has put them all in jeopardy. The only way to ever be free of his dangerous past is for him to accept one last mission… 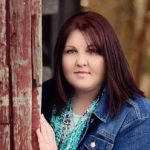 Alison Bliss is a bestselling, award-winning author of humorous, contemporary romances. A born and raised Texan, she currently resides in the Midwest with her husband, two kids, and their dogs. As the youngest of five girls, she has never turned down a challenge or been called by the right name. Alison believes the best way to find out if someone is your soul mate is by canoeing with them because if you both make it back alive, it’s obviously meant to be. She writes the type of books she loves to read most: fun, steamy love stories with heart, heat, and laughter. Something she likes to call, “Romance…with a sense of humor.”

Breaking all the rules, that’s what Covet is all about.  The stories are contemporary romances…