Let me tell you… Writing a series about football players requires hours upon hours of research on both the game and the men who play it. Tireless pursuit of knowledge in the goal of being as authentic and realistic as possible….

Okay, I’m lying. I actually just pumped my husband, brother-in-law and father for information because I have zero knowledge about football. Like, zip, nada, nil, more clueless than Cher Horowitz in a thrift store on Crenshaw. And if you missed that Clueless reference, we can no longer be friends!

But anywho, like I said, I’m pretty much a dunderhead when it comes to sports, period—except for basketball because I was kind of a phenom in middle school. *hair flip* Where was I going with this again? Riiiight. So I hounded my peeps for all-and-anything regarding football. I called them when I needed lingo, plays, even dialogue because they’re obviously football savants. And with Scoring the Player’s Baby, Book 3 in the WAGS series that’s about to release on July 9th(how’s that for a shameless plug?), I can honestly say I still know nothing about the sport. Sorry. #NotSorry

But, one thing I can declare for certain is I do know my players. Well…let me amend that. I know my fine football players. And I have the Top 5 right here to share my newfound education.

Disclaimer: This list has absolutely nothing to do with position, skill level, talent, intellect or athleticism. Nope, none of that good stuff. This list is based strictly on hotness and how good they look in tight pants. Or better yet, with a bare chest. Why, yes, I am shallow. Say it loud! *bowing* Ready? Here we go!

Get Scoring Off the Field by Naima Simone for 99¢ 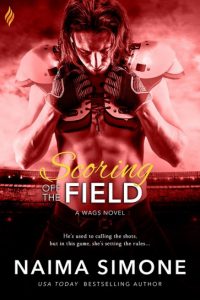 Tennyson Clark is getting a life. First step: quitting her job as assistant to Dominic Anderson, star quarterback for the Washington Warriors, her best friend … and the man she’s been secretly in love with for years. But since the gorgeous, if overprotective playboy has only ever seen her as his BFF, she’s finally ready to relinquish her tattered fantasy and move on. Enter steps two and three: new job and new man.

Football is Dominic’s life, and with his contract soon up for renewal, all his focus needs to be on the game. But Tennyson—dependable, logical Tennyson— is making that next to impossible with her mysterious new job and her sudden interest in online dating. He doesn’t do relationships. But the thought of another man touching her sexier-than-hell curves has him suddenly wanting more from his best friend.

Indulging in hot, dirty, what’s-my-name sex with no strings and lots of benefits is simple, uncomplicated…until it’s not. 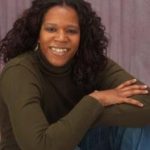 #Top5 Things I Love About Southern Men with Alison Bliss

The humble cucumber sandwich. It’s what we all think of when someone mentions afternoon tea. With on…

This week we are celebrating our favorite Book Boyfriends on Embrace. Today the stars are shining on…