Unlike many of his cohorts in Romancelandia, Liam Hale is decidedly more of a beta hero than an alpha—although he can turn that side on when Viv gets too sassy/stubborn/bossy. One of the many reasons I wanted to write FAIR GAME was to show different kinds of geeks being sexy. Why you ask? Well, because they’re some of my favorite heroes (duh!). Here’s a countdown of my top 5 sexiest beta heroes:

Oh Sam. He writes. He’s a policy wonk. He defends women’s honor, even when he’s pissed at hell at them. He geeks out about Martian probes called Galileo. Is it any wonder he’s so dreamy?

What can I say? I love me some Sorkin nerds. Neal is…a quintessential geek. Runs News Night’s blog, knows why oil wells explode, goes after trolls. And all while looking pretty damn fine.

Randall is every romance writer’s fantasy of the hot dad. He’s kind, caring, compassionate and goofy as hell. Even his dad jokes are adorkable.

Everyone loooooves Jamie Fraser. And so do I. But I don’t think Roger gets the credit he deserves. He’s kind and smart and puts up with A LOT from Claire and Bree. He may not run around in a kilt trying to change history, but he’s definitely a hero for helping Claire find Jamie. And that’s just in Season 3.

Clark Kent is one of the OG modern beta heroes. For 80 years, he’s been the balance to Kal El/Superman’s Byronic/Alpha loner hero. A little bit clumsy, a lot a bit adorkable, always steady, he was my first beta hero, and still my favorite.

Who are your favorite beta heroes? 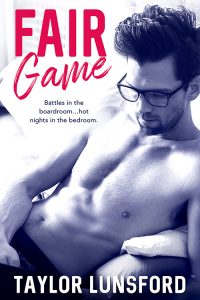 In her designer shoes and power suits, Vivien Monroe couldn’t be more out of place in the video game company she inherited from her eccentric father. Not only does she have to sort out her father’s last request and deal with a younger sister she barely knows, she has to go toe-to-toe with her father’s protégé—a man who makes her think about the last thing she should be thinking about right now.

With his thick-framed glasses and graphic tees, Liam Hale is the exact opposite of what she needs right now. His relaxed, out-of-the-box attitude reminds her too much of her father’s more exasperating quirks, but his dedication and quiet stubbornness begin to drive her crazy in a completely different way.

All Vivien wants is to get back to her life in New York, but someone is stealing the company’s best game ideas, and an FBI agent is sniffing around. She’ll save her father’s legacy for her sister and then she’s out of there—if she can leave Liam behind. 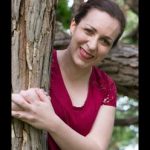 From the time she figured out how to turn the Disney Read-a-long cassette tape over in the dark, Taylor’s been addicted to reading—both authorized and unauthorized. By the time she was thirteen, she’d started writing Newsies fan fiction and reading romance novels late into the night. A champion multi-tasker, she’s been known to read, write, and watch TV all at the same time, especially if there’s a HEA ending involved. In addition to being a frequent stress baker, she’s spent the majority of her free time becoming fluent in most dialects of nerdiness, starting with musicals, and is mildly obsessed with all things British (especially the Royal Family and tennis champ Andy Murray). Growing up with a village of strong women as an example, she doesn’t miss an opportunity to weave in community engagement and feminism into each of her books in one way or another—her heroines are always sassy and smart and her heroes wouldn’t have them any other way.

I became fascinated with the notion of look-alikes or doppelgangers when, at the tender age o…