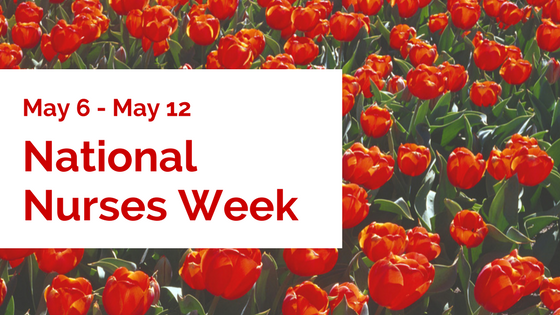 We have some great romances that feature nurses so pick them up this week! 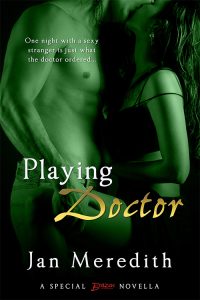 When a fellow RN predicts Beth Roberts will meet a tall, ripped, and totally lick-o-licious stranger who will fulfill her deepest desires, she laughs it off. Given her tragic love life, Beth has no desire to become involved again. But who could have predicted the doctor with the mischievous smile she meets at a wedding, or the chemistry sparking between them that threatens to break through her defenses?

Dr. Gabriel North spent two years blaming himself for his wife’s death. Having finally battled through the guilt and overcome his demons, he’s ready to move on. When he meets a sexy nurse at his friend’s wedding, the attraction is swift and strong, and he wastes no time in pressing his advantage. One night with the woman who makes him feel alive again isn’t enough, but gaining Beth’s trust is going to take more than seduction…

Someone scratched a death threat in the paint of CDC nurse Kini Kerek’s rental car. She’s in Utah researching Hantavirus, but damaging rumors about the CDC have left residents suspicious and uncooperative. Thank goodness for hot, sexy, former soldier Smoke, a man of few words, who’s assigned to protect and help her navigate the isolated desert town as she races to identify a deadly virus before more people die.

Seducing the Boss by Mari Carr

Kellan James is unwinding at Score when he spots the last person he’d ever expect to find in his favorite bar. Sara Connelly—ER nurse, do-gooder, charitable crusader, and frequent pain in his ass. Both grew up privileged in swanky Southampton, but that’s where the similarities end. Kellan’s made it his mission to seek out life’s pleasures; Sara gains pleasure from lecturing him on his lifestyle. Kellan would never date someone like her. Ever.

But when Kellan discovers Sara’s been stood-up by an online date, something fierce and protective awakens inside of him. Typically, Kellan would enjoy teasing the jilted Sara, but something in her face sends him over to her table with a plan. He encourages her to take a walk on the wild side, one weekend of sin, no holds barred.

She accepts, but it quickly becomes apparent that one night isn’t enough. As the pull between them grows stronger, Kellan discovers it’s a very dangerous thing to say never.

Dr. Jason Ayers unleashes all of his rage and his frustration through fists and brute force in an underground boxing ring. The werewolf may be the pack’s doctor, but he can’t even heal his coma-stricken father after the Nero Organization’s attack stopped his heart. And as his Pack brothers settle down around him, he still refuses to believe in the fairy tale notion that every wolf has a true mate…

In hiding and on the run, nurse Kilani Akamu is a loose end that Nero is desperate to tie up. She can’t afford to be attracted to a doctor-especially one as unexpectedly hot and complex as Jason. Yet the sexual sparks arcing between them are undeniable…and Kilani’s precognitive senses warn her that temptation is inevitable.

Santa to the Rescue by Adele Downs

Firefighter Jamey Tucker knows three things in life to be true: an honorable man doesn’t go back on his word; never hurt a woman; and lasting love isn’t a myth. But with his recent move to a new job at Appleton Fire Station, the long hours don’t offer hope of finding the love he’s looking for.

When Jamey meets beautiful pediatric nurse Heather Longhurst after hearing her sing Santa Baby in a supermarket aisle, he offers her a promise he discovers he can’t keep. Heather has been betrayed by men in the past, making it hard for Jamey to gain her trust. Determined to find a way to win her heart, Jamey uses firefighter engine-uity and Heather’s favorite song to prove he’s got Christmas spirit she can believe in all year.

Check out these Mother's Day steals!

COVET and BRAZEN books are a reality and are now available!  We know you’re going to LOVE our …

We love interviews, and how fun is it when one author interviews another one? It makes for a major g…

When love needs a push from the universe.      Take a peek inside His Fake Alien Fiancée b…