Anyone who watches Game of Thrones has some epic ships hidden away. I am no exception, and mine is the most epic of all ships—Arya and Gendry. (Don’t come at me with your John/Daenerys nonsense.)

I hear you over there, like a hater. “Arya and Gendry? I mean…maybe.”

No. Not maybe. Absolutely, and here’s why:

If you haven’t guessed from The Importance of Being Scandalous, I’m a big fan of friends-to-lovers, and Arya and Gendry started as friends. He didn’t even know he was a girl when they met and bonded.

(Not the classiest, I know, but they were very young.)

From the beginning, Gendry was looking out for Arya.

…Even though she looks out for herself just fine.

Then, when no one was looking, this happened…

The Stark / Baratheon hook-up is a long time coming, and Arya and Gendry have been having moments since long before either of them knew the other was “kind of a big deal”.

There aren’t a lot of good matches out there for everyone’s favorite assassin. Arya can be kind of terrifying, but Gendry wouldn’t be intimidated by her. He’s one of the few people who can make her laugh, and I think he could bring some much-needed chill to her life now that her list of names is almost all crossed out.

Not to mention, Gendry might just outlive a bunch of people and sit on the iron throne, or at the very least become some kind of Warden to the South.

I’ve been shipping these two since the day they met, and no one is going to talk me out of it. He gets her. She wants to take care of him. They give each other a break from the chaos, and to anyone who isn’t on board with that… 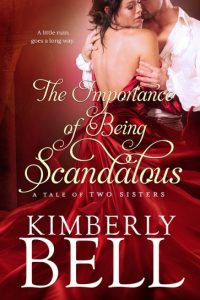 A horse race in trousers on Rotten Row. Visiting a gaming hall in a dress that would make her mother faint. Sneaking an invitation to a masquerade ball attended by only the wickedest, most debauched members of society…

None of these things are scaring off bookish but strong-willed Amelia Bishop’s stuffy, egotistical fiancé.

The only thing left is to entice childhood friend Nicholas Wakefield into a truly engagement-ending scandal. The Wakefields are the height of propriety, and Nicholas’s parents have made it clear a wife from the neighboring Bishop family would be unacceptable…

But Nicholas would give up his family and his fortune if Amelia would ever see him as more than just a childhood friend. He’ll go along with her scheme, even if it means ruining them both, because he’s got a plan that will change her mind about him being merely the boy next door. 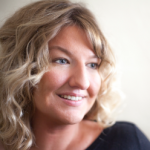 Kimberly Bell is a 2015 RWA Golden Heart Finalist and 2014 Maggie Award winner. She writes historical romances from her home near the beach in San Luis Obispo, California. She lives with her shepherd-coyote mix rescue.

Entangled Under the Mistletoe with Amy Andrews

Entangled Under the Mistletoe with Cindy Skaggs

I am a proud owner of a first-generation iPod, the original, clunky white one with the scroll…