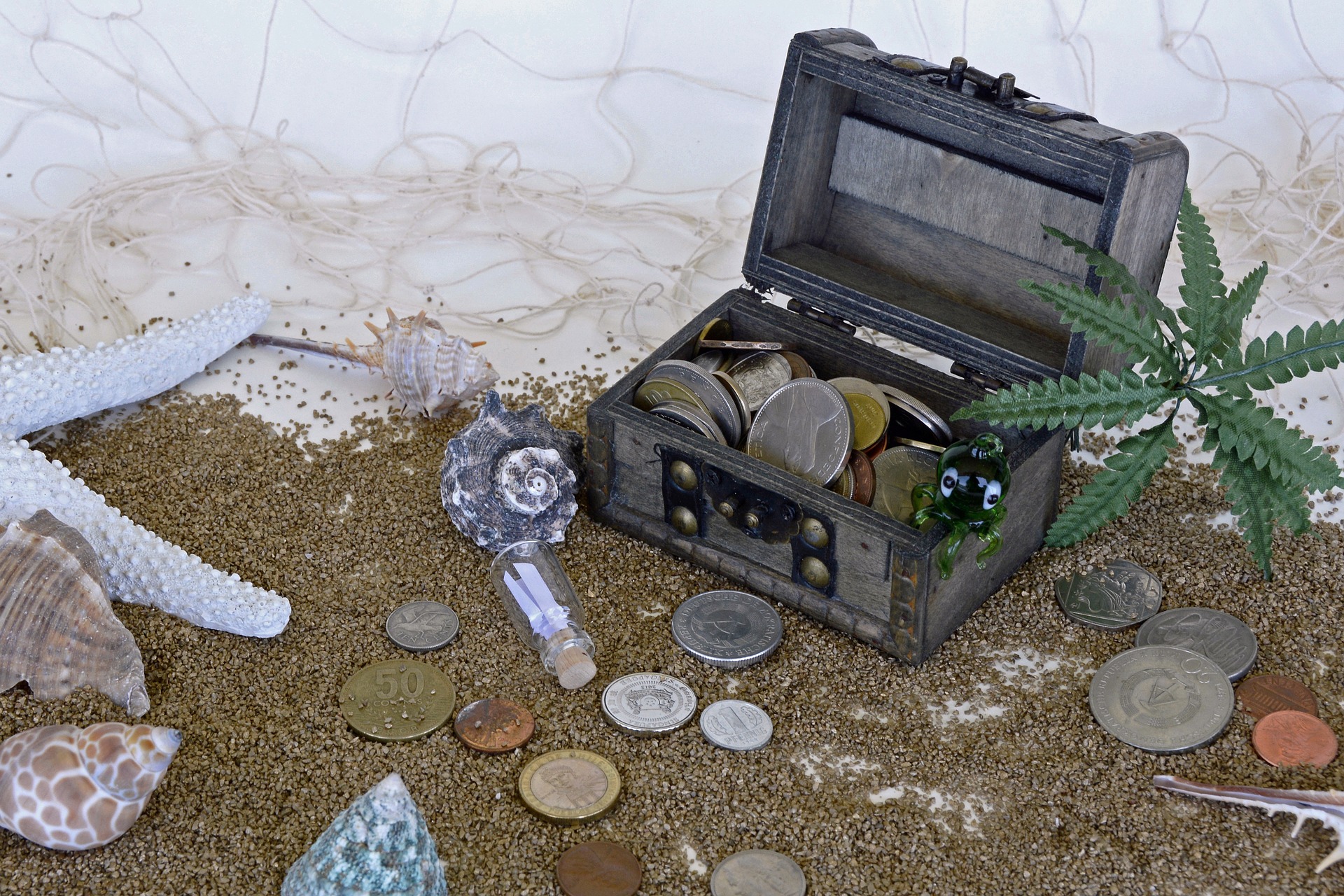 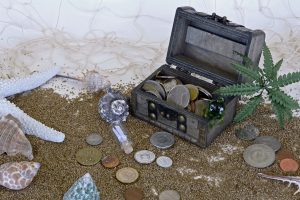 What do beach glass and sunken treasure have in common? They’re both featured in my latest book—Drakon’s Plunder.

Readers often ask if I use anything from real life in my books. The answer is usually no…and yes. My characters are not me, but they may share a belief or possibly a job or passion of my own or someone I’ve known. To me, my characters are fully formed people in their own right.

But in this case, they both share a passion with me—treasure.

I love the beach. It’s my favorite place in the world, even though I don’t get there nearly as often as I’d like since I don’t own a car. I spent my childhood summers on the beach collecting feathers and shells and rocks, most of which are long gone. But one thing I kept and consider one of my prized possessions is a Newfoundland 50-cent piece, which I found on a beach near a wharf. It was dated from 1919. I found it in the late 70s. I often wondered how long it had been there and who’d lost it. That was a lot of money to lose in those days.

Beach glass is also a passion of mine. I love how the sea has taken what was once trash and turned it into something beautiful. Too many people tossed bottles into the ocean years ago, but today that same garbage had been transformed by years and the sea. There are so  many incredible colors. Some are common and others are rare. Red is one of the most difficult to find. I hope one day to snag a piece. I have a lot of clear, some dark blue and green, those being the most common around here. I have a couple pieces of yellow, apricot, lavender, and some pale blue. I keep my treasure in glass containers so I can enjoy the colors.

While my treasure isn’t nearly as exciting or dangerous as what Ezra and Sam find in Drakon’s Plunder, the lure of treasure beats in their hearts as it does in mine. And I’ll keep wandering the beach as often as I can get there. Maybe I’ll even find my way onto one this summer. Time will tell.

Get your copy of Drakon’s Plunder by N.J. Walters, out now! 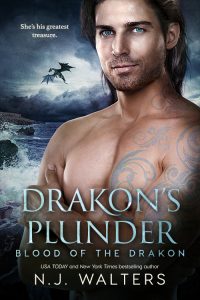 Life is not going well for archaeologist Sam Bellamy. She’s stuck in the middle of the ocean on a salvage boat with people who want her dead. It wasn’t her gift for being able to sense objects of power that got her here, rather her need to make a secret society called the Knights of the Dragon pay for killing her mentor. Sam doesn’t believe in dragons, but the Knights do, and if she can get one of the sacred artifacts they’re searching for away from them, she’ll consider it payback.

Ezra Easton is content to run his marine salvage company and live alone on his private island. He may be a four-thousand-year-old water drakon, but he’s civilized enough to know just because he pulls an injured woman from the ocean, doesn’t mean he gets to keep her…
When she wakes up, she has a few tall tales to share, and it seems the Knights are after her. But this drakon won’t give up his treasure. 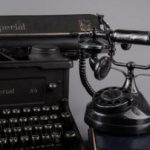 Once upon a time N.J. had the idea that she would like to quit her job at the bookstore, sell everything she owned, leave her hometown, and write romance novels in a place where no one knew her. And she did. Two years later, she went back to the bookstore and her hometown and settled in for another seven years. One day she gave notice at her job on a Friday morning. On Sunday afternoon, she received a tentative acceptance for her first erotic romance novel and life would never be the same. N.J. has always been a voracious reader, and now she spends her days writing novels of her own. Vampires, werewolves, dragons, time-travelers, seductive handymen, and next-door neighbors with smoldering good looks—all vie for her attention. It’s a tough life, but someone’s got to live it.

Exclusive Excerpt: The Way You Bite

2 Replies on Beach Glass and Sunken Treasure with N.J. Walters

When I first started in publishing around ten years ago, there wasn’t a lot of queer re…

Brazen heroes Dillon, Galen, Brady and Chad are fighting it out Friday, November 2nd from 11-3 (EST)…

Calling all paranormal romance lovers! Check out this gorgeous cover for Once Bitten by Heather McCo…