How to Make a Maui Mimosa

When Entangled reached out to me about doing a DIY post for them, it happened to be National Margarita Day, so I said I’d show everyone how to make the perfect Margo. But, then, you know, it occurred to me that a really good Margarita requires several ingredients, a blender, patience—it’s actually kind of a pain in the ass. Margaritas are what bartenders are for. So, anyway. Perfect Margarita. Just do this…

Instead, I decided to draft my friend, and USA Today Bestselling Author, Robin Bielman to help me make–and consume–a much simpler drink, called a Maui Mimosa. Watch and learn…

Note: I know at one point in the video it kinda sounds like I shot my kid with a champagne cork, but I promise I didn’t. No humans or animals were harmed in the making of this video!

Also Note: If you like a drink to set your windpipe on fire as it goes down always let Robin pour the rum. She likey the rum.

Whip up your Maui Mimosa and grab Hard Compromise for 99¢ 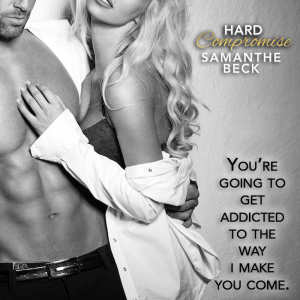 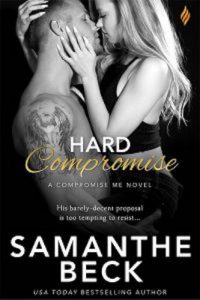 His barely-decent proposal is too tempting to resist…

Laurie Peterson assumes her impulsive one-night stand with sinfully sexy Sheriff Ethan Booker is the biggest surprise of the year…until her bakery burns down while she’s basking in the afterglow. It looks like her dreams are up in smoke, but then Ethan proposes a deal too tempting to resist.

Ethan has no intention of settling for a one-night stand with Laurie. Nor does he want anything to do with the women his wealthy family wants him to meet. Not when he’s waited ten years for his chance to make his move. His deal might have strings—and Laurie may not know the stakes—but nothing will stop this sexy cop from staking a real claim on her body and her heart. 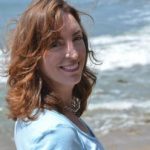 Samanthe Beck lives in Malibu, California with her husband, their young son, a furry ninja named Kitty, and Bebe the trash talkin’ Chihuahua. When not writing fun, contemporary, melt-your-Kindle sexy romances for Entangled Publishing’s Brazen imprint, she searches for the perfect cabernet to pair with Ambien.

Entangled Teen is launching its September books with a twitter party tonight! We’ll have trivi…

The blog tour for Take It Like a Vamp by Candace Havens has started! Candace will be visiting blogs …