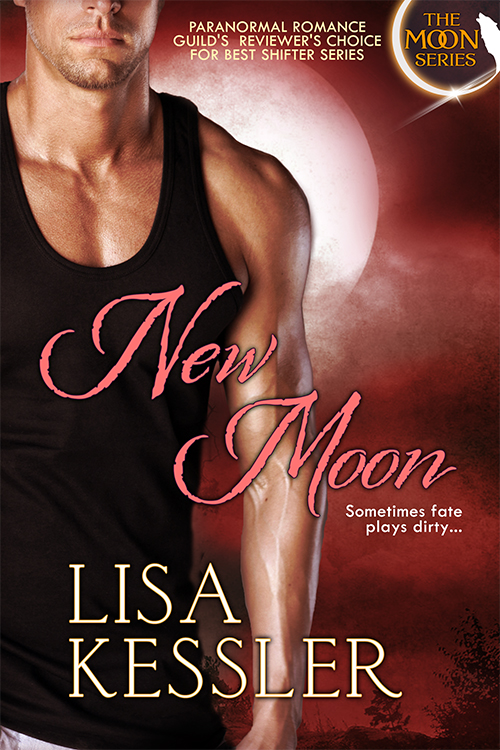 One of the most common questions I get is about music. Do I write to a playlist?

The answer is a big YES! Actually I start building the book playlist WAY before I actually start writing it. For me, the music helps not only to inspire me, but it keeps me grounded in the theme of that book and the characters. I also use the music weeks later when I get edits to comb through. Hearing the songs can get me right back into the mood of the book.

So each playlist usually has some “series songs” that go on all the books’ playlists, and then special songs for the characters and theme of each book. Rather than give you hundreds of songs, I thought I’d give you just a few special ones for each book.

MOONLIGHT – Adam and Lana had a big Romeo and Juliet theme, and the book also sets up the werewolf lore in my world. One touch, skin to skin, reveals the wolf’s mate. Even if the man thinks it’s impossible. Fate has never been wrong… J

This song “I Go Crazy” from Paul Davis really brings Adam’s emotions forward. He thought he must be crazy, but he’d look in her eyes again and he’d jump into hell itself to protect her.

And She’s Got a Way About Her from Billy Joel also laid out Adam’s feelings for Lana so perfectly!

Hunter’s Moon – Aren and Sasha had a rocky start. Sasha has done bad things from book 1, including tasing and shooting Aren. The guilt, rage, and also an undercurrent of loyalty pushed this book. They took enemies to lovers to a whole new level for me!

Unbreakable by Fisher really brought out Sasha’s guilt and self-hatred for hurting him. Every time he limped, she hurt for what she had done.

And She’s Always a Woman to Me was definitely Aren’s theme song for Sasha, but OMG did he love her, and as the book unfolded, their love was one of the strongest for me in the entire series.

Blood Moon – Gareth and Nadya’s book tore my heart out. Rarely have I bawled so much writing a book. He was my most damaged wolf in the Pack. He was rough, distant, and alone. In walked Nadya. She was such a bright light in the series, and although she wasn’t super kick ass, she was probably one of the strongest characters I’ve ever written. She was dealt a bad hand of cards, but she never allowed herself to be a victim, and through her strength and courage, she healed Gareth. I get teary eyed just listening to this playlist again… LOL I’m such a sap!

So this song was HUGE for inspiring Gareth…. Sometimes When We Touch by Dan Hill…

And once Gareth was all in, loving her in spite of the short time they would get together, this song became his anthem. I Will Follow You Into The Dark by Death Cab for Cutie. *sniffle*

HARVEST MOON – It’s funny, by the time I got to this book, Jason was a ball of rage. He’s the Pack doctor, yet because they’re werewolves, there’s no way they can risk a hospital visit. So even though he has the skills, he’s had to stand hopelessly by and watch people he loves die. Not easy for a doctor. And in walks this Polynesian nurse with a HUGE chip on her shoulder. This book is the only one in the series that took us to one of my favorite places in the world, Hawaii. There’s magic there, you can almost feel it, and Kilani and her grandmother helped me give it life on the page.

Jason took out his frustrations in an underground fight club and The Boxer from Simon and Garfunkel really brought his fight to life for me.

And this was Jason’s palpable fear when he realized he was falling for Kilani, and finally with his eyes wide open, he took the plunge. She was worth the risk.

ICE MOON – This book was a rollercoaster ride for me! It seemed like every time I thought I knew wherever the book was going it made a sudden turn down another path I never saw coming. It made it super fun too! Jared has some demons he’s kept a secret from the Pack, and when he meets the “Ice Queen” of Lake Tahoe, sparks fly. Literally! This book was all fire and ice.

You by Fisher was a huge inspiration for me while writing Taryn. She loved her son so much, but her psychic ability kept her from touching him, so she found other ways to let him know she loved him. She lived for Charlie. Such a great song!

And Unpack Your Heart by Phillip Phillips was so Jared. Gosh his love for her was intense. He’d defend her to his dying breath, and it almost came to that. He wanted every part of her, the good and the bad…

BLUE MOON – This was my first second chance romance, and wow I was not prepared for the angst. So much pain and baggage and rebuilding of trust, but Logan was willing to do whatever he needed to, even giving up everything to win her heart and her love again.

My Immortal by Evanescence encapsulated Anna’s pain in such a beautiful way. She wanted to move on, to heal, but Logan had a piece of her heart she could never seem to get back…

Logan had loved Anna since they were kids, but at seventeen when his wolf came alive and claimed her as his mate, he panicked and pushed her away. Now he’s all grown up, and when she comes back to Reno, he’s determined to never let her go again… Come to Me by the GooGoo Dolls was SO Logan. “This is where we start again…”

WOLF MOON –  Welcome to Sedona. Luke was the final Pack member without a mate, and he became a prodigal son of sorts, leaving town for a new start. But finding Raven turns his world upside down. She’s already a werewolf, trapped in a sick Pack. The moment they realize they’re mates, he needs to protect her, but they’re hopelessly outnumbered.

This was probably the darkest and most dangerous book of the Moon Series, but Luke’s love for Raven was such a beautiful light in the darkness.

In Her Eyes by Joshua Radin was perfect for Luke. The first line is so hesitant. “Settle down. You just met her tonight…”  And then… “You just saw an angel fall from the skies…”

Raven had been so tormented by her Pack, but piece by piece, Luke’s love and trust in her helped her put the pieces back together. Seeing her heal was a beautiful thing… J Kelly Clarkson’s Piece By Piece really helped me bring Raven to life…

NEW MOON – OMG the playlist for this book was EPIC and probably my favorite of the entire series because it really has a progression from guilt and remorse and anger to redemption and second chances.

First up, Take Me to Church by Hozier really inspired the pain and guilt Sebastian carried at the beginning of the book. So much passion, and when he wails “I’ll tell you my sins and you can sharpen your knife” was especially right since Isabelle stabs him the first time they meet.

And for Isabelle, the realization that her wolf recognized Sebastian as her mate, seems insane, like fate was screwing with her. She fights the wolf’s instincts with all she has, but it’s intoxicating. Love is Blindness by Jack White was the perfect voice for her torment.

I’m happy to report Sebastian and Isabelle gradually start to bond and once the battle is on to bring down Nero, they were an unstoppable team. Fight ‘Til the End by Jack Savoretti was the anthem that really inspired me as they walked into that pit…

I hope you enjoyed the peek behind the curtain! Music is a huge inspiration for me, and as the door closes on the Wolf Pack in Reno, every time I hear these songs, they’re right back with me. J

Thanks SO much for all your support for the Moon Series!

Lisa Kessler is an award winning author of dark paranormal fiction. Her debut novel, Night Walker, won a San Diego Book Award for Best Published Fantasy-Sci-fi-Horror as well as the Romance Through the Ages Award for Best Paranormal and Best First Book.

Her short stories have been published in print anthologies and magazines, and her vampire story, Immortal Beloved, was a finalist for a Bram Stoker award.

When she’s not writing, Lisa is a professional vocalist, performing with the San Diego Opera as well as other musical theater companies in San Diego.

‘Tis the season for French Canadian Tourtière with Veronica Forand!   My mother in…