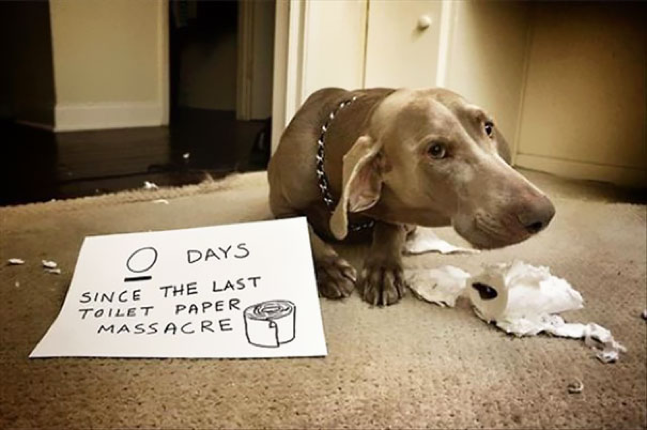 I don’t know about any of you, but the dog-shaming craze that exploded a few years ago…? Yeah, I never really grew out of it. I can’t help it! I mean, how can someone not literally laugh out loud at something like this?

His face… Hahaha, I can’t even stand it!

And what about this one? 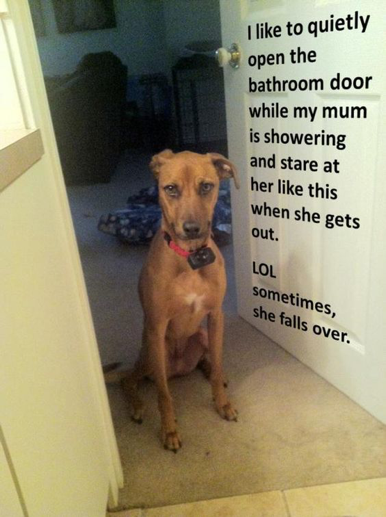 Maybe my attachment to these funny pictures is because of the connection I have to my dog, a Maltese-Yorkie-Poodle mix (Morki-Poo?) I rescued from Craig’s List (…for a small cost. Does that still count as a rescue?) His name is Forester, and when he’s not taking adorably perfect pictures like this: 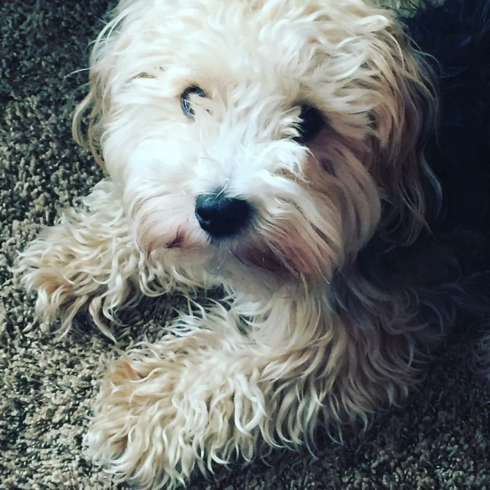 …he stares profusely at me while I’m working: 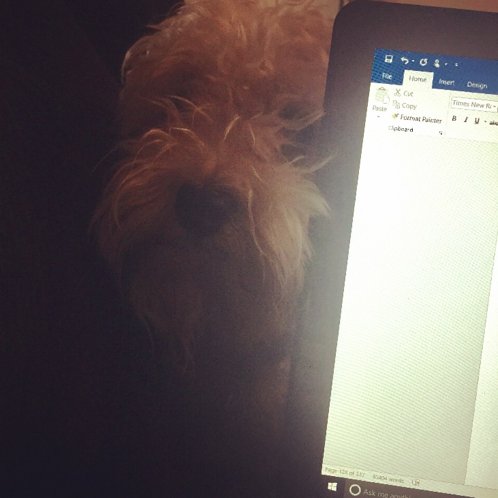 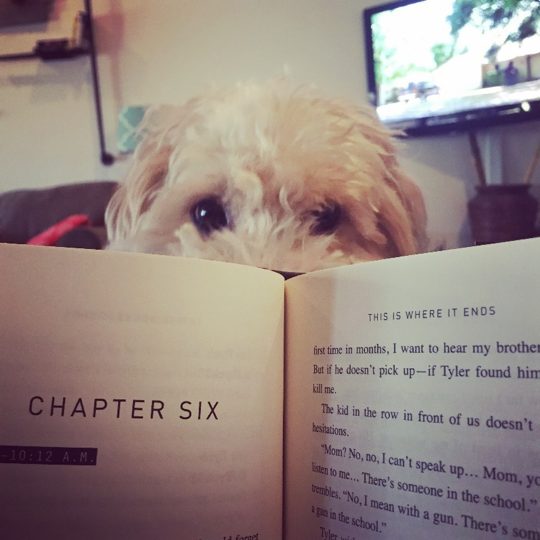 Can you say ‘stalker dog’? But he’s so loveable and funny, and I see his personality in a lot of the dog-shaming pictures I come across. So, when I was wanting to include a comedic element to A Moment of Madness, it simply made sense to add in a mischievous dog and a heroine who loves him so much she overlooks all the naughty things he does. Sailor Carlson also gets a kick out of dog shaming, just as I do, and it becomes a major element in the story as her love interest (AKA Ryan Edwards, the super-sexy, bearded bar owner) tries to win her back. (No spoilers here, but it is—hands down—the best swoony AWWWW moment I’ve ever written.)

And because I LOVE seeing these pictures, I want to see your favorite “funny animal” picture! This could be one found on the internet or of your own pet, but either way I want you to make me laugh.

A Moment of Madness will be releasing March 20th with the Brazen imprint and is a standalone companion to A Moment of Weakness. 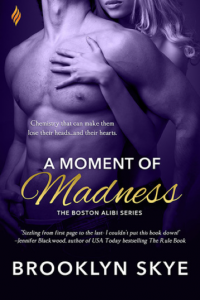 Sailor Carlson comes back to Boston to make amends with her dad, only to find he passed away, and his bar, the Alibi, now belongs to a bearded, grumpy hottie. Mr. Hottie liked her enough for a night of nameless sex on the kitchen counter, but he wants nothing to do with her now he knows who she is.

Ryan Edwards has been running the Alibi for seven years. Being in a bar night after night means he’s no stranger to one-night stands. But when the quirky, beautiful blonde he spent a hot night with shows up at his bar claiming it used to belong to her father, his guard goes right up.

Ryan’s desperate for a waitress, and Sailor wants a chance to work in the place that meant so much to her dad. If only the tenuous trust they establish were as strong as the pesky attraction simmering between them. 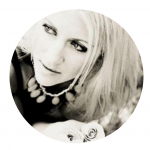 Brooklyn Skye grew up in a small town where she quickly realized writing was an escape from small town life. Really, she’s just your average awkward girl who’s obsessed with words. She writes young adult and new adult fiction. You can follow her on Twitter as @brooklyn__skye or visit her web site for updates, teasers, giveaways, and more. www.brooklyn-skye.com

“Betrayed By a Kiss” started with a memory of the movie, “Marnie”, directed by Hitchcock, starring T…