Top Five TV shows: (What do they have in common? All anti-heroes/heroines.)

1. Taboo – OMGosh and Golly. This show. SMH The brutality. YET, we’re rooting for this guy and his agenda. The plot gives us enough to hang his motives on trying to be free in America with his half sister, but who know? Is it witchcraft, or plain insanity that drives this man and his motives. It puts the audience in a really weird place for a whole hour, and I can’t get enough of it. BUT, I’m glad I don’t know this guy, and I’m equally glad I am able to watch from the safety of my living room and not in his general vicinity. 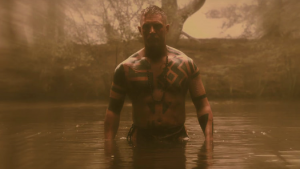 2. Good Behavior – Love, love, love this show. Once again, a killer that is presented as someone we’re supposed to sympathize with and not judge, and the heroine falls in love with him anyway. I think we can do this, that we’re willing to go on the ride and give the plot a free pass is because it allows us not to worry about them as they go about their travels and face their challenges. We don’t have to worry about these anti-heroes, because they’re the predators. It’s fascinating, and fun to watch, but once again, glad I don’t know these people. 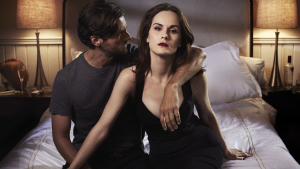 3. Dexter – Yup. Another anti-hero. Dexter is a serial killer who every season finds himself with a new chic for various reasons. But, it’s his relationship with his sister that makes this show. Without her humanizing him, the plot would crumble and we’d be like “why am I watching this?” And I watched every episode of the eight season series and the more time that passes, the more I believe the ending isn’t a rip off, and is exactly what the character deserved. 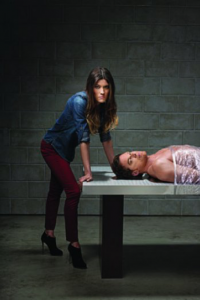 4. Lethal Weapon – Did not expect to like this show. But guess what? It’s one of my top five! Excellent writing. Topical. Not afraid to tell some truths, and the acting is great also.

5. Homeland – This show guts me, and makes me want to sit all the characters down and give them life advice, but instead, I watch, worry, and love them for all their flaws. 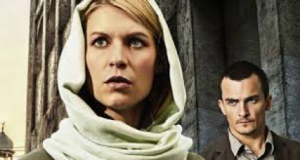 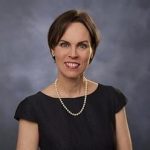 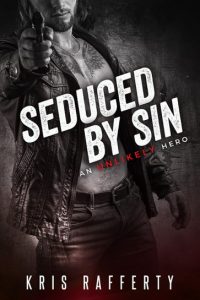 When Caleb Smith saved Francesca Hamilton from a nasty situation with her father, she was beyond grateful. Sure, it landed her in Caleb’s bed wearing his engagement ring, but neither of them took that seriously. It was a means to an end, and he was so sexy and exciting, she was enjoying the ride. It wasn’t Caleb’s fault her feelings were changing, leaving her wishing things between them were real rather than pretend.

Caleb took the FBI’s assignment because he wanted to end the tyranny of a man who’d hurt the people he loved. Odds of success were slim and the danger high, but he knew the risks. Francesca didn’t and was completely in the dark about her family’s “business.” And the more time he spends with her, the harder he falls for the gorgeous blonde. But to finally get retribution, he’ll have to destroy her world…

The An Unlikely Hero series is best enjoyed in order:
Reading order:
Book one: Betrayed by a Kiss
Book two: Tempted by a Touch
Book three: Seduced by Sin

Cate Lord also writes as Catherine Kean and is a multi-award-winning author of historical romance. H…