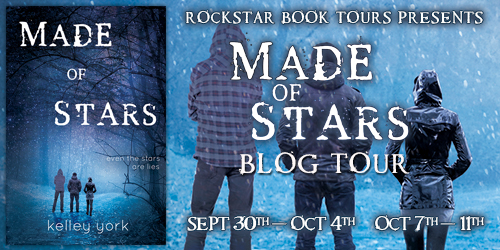 The Made of Stars Blog tour by Kelley York kicks off next week hosted by Rockstar Book Tours! Kelley will be visiting visiting blogs with fun interviews, reviews, guest posts, and interview stops that you won’t want to miss! So make sure to check out the schedule for all of the stops. She also has an awesome giveaway going on! 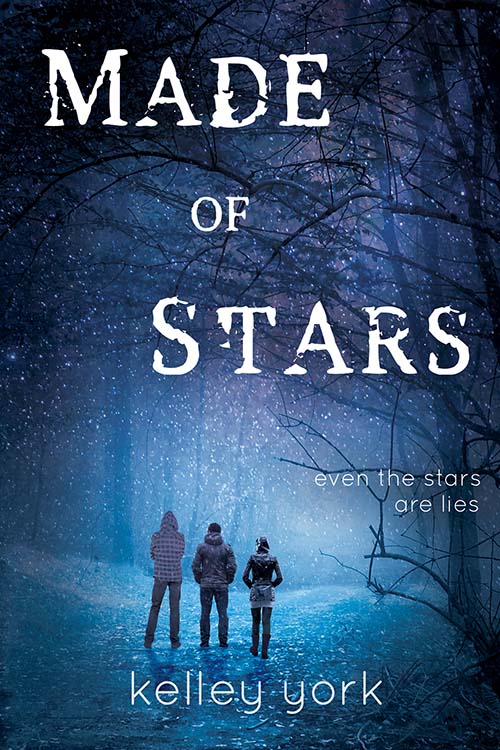 When eighteen-year-old Hunter Jackson and his half sister, Ashlin, return to their dad’s for the first winter in years, they expect everything to be just like the warmer months they’d spent there as kids. And it is—at first. But Chance, the charismatic and adventurous boy who made their summers epic, is harboring deep secrets. Secrets that are quickly spiraling into something else entirely.

The reason they’ve never met Chance’s parents or seen his home is becoming clearer. And what the siblings used to think of as Chance’s quirks—the outrageous stories, his clinginess, his dangerous impulsiveness—are now warning signs that something is seriously off.

Then Chance’s mom turns up with a bullet to the head, and all eyes shift to Chance and his dad. Hunter and Ashlin know Chance is innocent…they just have to prove it. But how can they protect the boy they both love when they can’t trust a word Chance says?