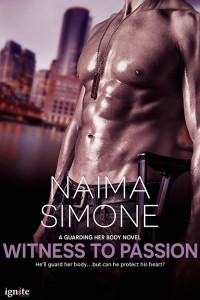 That first meeting of lips and mingling of breath.

That first intimate exchange that is either a prelude to something more, something deeper and hotter. Or the beginning of a complete disaster called “I like you now, but soon you’re about to be my next ex-boyfriend.”

I remember my first kiss. Picture it. An urban Ohio city *cough* Dayton *cough* on a Friday night after a high school football victory. Emotions were high, endorphins were bubbling like my grandmother’s Cream of Wheat. As a member of the marching band’s dance team, I’d been front and center for the win. And knowing the player responsible for the victory had a crush on me? Well, this sounds like the start of a Sweet Valley High, Elizabeth-and-Todd moment, right?

The truth is much more Cain and Abel than SVH. See, at sixteen, just having moved to Ohio from New Jersey, my twin sister and I were the new kids on the block (see what I just did there?). My sister almost immediately found herself a boyfriend. A senior, no less. Which often left me as the third wheel. And it didn’t help that her man liked to tease me about my “singlehood.” Yes, Naima, thy name was jealousy. But can you blame me? New kid, the younger twin…I wanted a boyfriend, too. I mean, we were identical! What did she have that I didn’t? Well, a plus one, that’s what. So I decided to remedy that.

There was a guy in our junior class who was popular and a football player. He was really cool, but for me, there wasn’t chemistry between us. I’d friend-zoned him as soon as we met. As a matter-of-fact, I had a crush on another senior but was too chicken to do anything but giggle and blush. But see, he—the friend, not the senior—had a crush on me. And since I was tired of being the man-less twin, I convinced myself I liked him. I mean…Homecoming was coming up. Sue me.

So, back to this particular Friday night. After the football game, emotions were high, endorphins were bubbling, yada, yada, yada, see the top of this post. Anyhoo, we went out, then returned to my house and sat on the porch. Somehow I ended up on his lap, and our faces drew closer…and closer…Then, it happened. The kiss.

And I almost died.

Right there on my mother’s front porch I almost died from asphyxiation by tongue. This might’ve been my first kiss, but I’d seen movies and that much tongue and swishing around and swabbing my tonsils seemed…wrong. All I could think was “I. Can’t. Breathe.” And the worst part? I ended up with a bit of the hamburger he’d eaten from McDonald’s in my mouth. Just eeeeewwww.

Needless to say, I told him right then and there, we weren’t going to work, right? Sigh. Nope. See another thing about me. Other than being the new kid and the younger man-less twin, I was a big ol’ chicken. I allowed a repeat of the experience the next night, because surely that was first kiss jitters, right? Surely I had exaggerated my near-death experience…Nope again. But after Saturday night’s brush with death, I grew a pair and delivered the dreaded “F” word. Yeah. Friends. I would like to end this story declaring how we ended up being close again, but alas, he hated me until the day we graduated. All because of my envy, Homecoming angst, and a fat tongue.

In Witness to Passion, my new romantic suspense from Entangled Publishing’s Ignite line, my hero and heroine shared an ill-fated kiss. Unlike mine, though, theirs was hot, passionate, greedy. And one they never forgot. Years later, that kiss lingers between them, and even as they deny their hunger for one another, neither can let go of the memory of that kiss…

I, on the other hand, wish I could…

Learn More About Witness to Passion

Whenever a reviewer shows book love for one of our titles, we’re super thrilled to share our l…