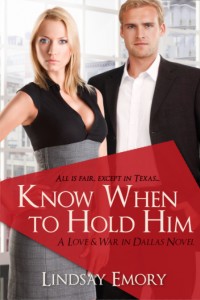 Two years ago, I had my first contemporary romance series all mapped out. I had the setting (Seattle) and a comprehensive outline of the first book, involving a single mom, her evil ex-husband/ internet genius, a cute guy who owned a coffee shop, and tons of quirky side characters.
I could never get started on that first book. I knew what I needed to do, but I never cared enough to sit down and start writing it. Then one day, I was in my local RWA chapter meeting and the speaker said something about a Spencer Tracy/ Katherine Hepburn movie.
BOOM.
The book I NEEDED to write instantly downloaded into my brain, starring the couple I’d planned for the second book in that tragically unwritten trilogy. Oh, I’d been in love with Spencer and Liam for ages, while I’d been avoiding writing their boring friends’ book. I couldn’t wait to write their story, of two smart, competitive people who had to overcome their driven natures to fall in love.
On the way home from that RWA meeting, I hastily outlined a new series (yes, I outlined in the car) which would now begin with Spencer and Liam. Some things were kept. Spencer was always a Senator’s daughter who disappointed her illustrious family. Liam was always big and athletic and a protector. She still kicked her abusive date in a torn Chanel cocktail dress. He still saw through her bravado even while he admired it. But something was still missing.
I changed the setting from Seattle to the town where I’ve lived most of my life, Dallas, and the rest of the stories fell into place. Almost everything in Know When To Hold Him and the rest of the Love & War in Dallas series is based on a real person, place or event. Let’s just say, I may know a high powered lawyer, a politician’s relative, a former NFL player or two. Or four. Some of the original Seattle influences remain (Liam still played for the Seahawks, Rainey’s roots are in the Pacific Northwest) but mostly the book is now in J.R. Ewing’s world. And mine.
That’s not to say it’s a gossipy tell-all. I omitted many identifying details, merged facts and personalities and fictionalized the rest. Because while this book is all Dallas, it’s also a universal story. It’s a story of two competitive, driven people, who have slayed dragons to achieve success but can’t quite believe in the power of love, until it’s almost too late.
I really hope you enjoy Spencer and Liam’s story, the way it was always meant to be told. I have my inspiration playlist and pictures up on my Pinterest and I’d love to chat with you on twitter @Lindsay_Emory (or Facebook, or Instagram) about the book, your hometown and your favorite romances.

Find out more about Know When To Hold Him

Posted in: Behind the Book, FeaturedTagged: entangled publishing, Know When to Hold Him, Lindsay Emory, Select
Previous

Behind the Book with Nichole Severn