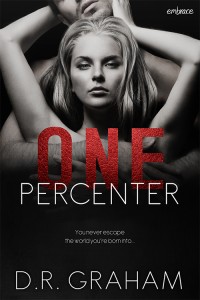 So, how does a child, adolescent, and family therapist by day become a writer of edgy, romantic fiction by night?

It all started in the fourth grade. You laugh, but it’s true. My teacher, Ms. McNulty, was a huge champion for creative writing. She encouraged me to explore the bounds of my imagination without censoring anything or worrying if it was grammatically correct or not. I loved writing stories for her. Then she died.

For a long time after that I didn’t write creatively. All through high school I wrote formulaic book reports that consisted of nothing more than drawing a cover image and writing a point-form synopsis. In my first year of university I failed the English Composition Test that was intended to determine if the student was proficient in English. My professor thought there must have been a mistake and filed an inquiry with the board.

As it turned out, they had failed me because I had taken a creative angle on the essay portion, which they considered “off-topic”. When I rewrote the exam, I gave them a bland regurgitation of the facts, and I received full marks. It was fairly clear that imagination and creativity had no place in the world of scientific papers, meta-analysis, and defending a thesis.

It wasn’t until I went into private practice as a therapist that I started to use my creativity again. I had to. As you can imagine, not every person fits the textbook case studies we were taught in school. In fact, nobody does. It became obvious very quickly that a list of generic questions on a sheet of paper were not the best way to get to know and understand a person.

Once I was back to using my artistic brain, I started to write again.

I pitched my editorial pieces to a newspaper and they gave me a regular column I called Family Function. It addresses topics related to psychology, behavior, relationships, and communication. I won an award for the column, and people often told me they enjoyed the articles. Partly as a result of the positive feedback, and also because I needed a new challenge, I branched out and wrote a novel.

The first manuscript I wrote wasn’t that good and is still stored on a zip disk somewhere. The second novel I wrote was geared toward reluctant readers and went on to become an iBooks bestseller. The next three, and the ninth book I wrote were acquired by HarperCollins.

ONE PERCENTER, which is the first book in the NOIR ET BLEU MOTORCYCLE CLUB series was picked up by Heather Howland (Associate Publisher at Entangled Publishing) via a twitter pitch party hosted by Brenda Drake. I had never pitched on twitter before, and it was tricky to trim the hook down to 40 characters, but lucky for me, Heather loved it. She also acquired the second book in the series titled THE HANDLER at the same time.

The editorial process with Heather and her team has been an amazing experience. They helped me take a manuscript based on a high concept premise with interesting characters and transform it into a novel that will hit you in the feels. I hope you enjoy reading the edgy and psychologically layered characters of the NOIR ET BLEU MC series as much as I enjoyed writing about them.

I also hope Ms. McNulty would be proud.

Find out more about One Percenter

Behind the Book with Nichole Severn

I love to travel and my most recent trip was Bali. I’ve only been home two weeks and m…

When I sat down to write Escape Velocity, I had no idea what I was getting myself into… Like many of…