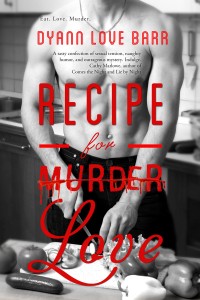 I’m a retired personal chef. I grew up standing in front of a stove, and I always had a spoon in my hand, stirring something. I’d cracked the mystery of the measuring cup before I was five. That didn’t mean I could read, but I knew what a half of a cup looked like. My mother would tell me what to do, and I’d make sure the ingredients came to the correct marks on the measuring cup. In all fairness, it was for the family’s protection and her sanity.

When I was eighteen months old I decided to heat up my own baby food. Back in those days, baby food came in cans. We lived in a little, and I mean teeny, trailer in a trailer park just off the campus of the University of Missouri. My father was going to college and my mother worked in the campus laundry. Thanksgiving was one day when everyone was together in our little family. According to my dad, Mom had a turkey in an even teenier oven, but I got hungry and tired of waiting to eat. I threw a can of spinach in the oven when no one was looking, along with the turkey. Time passed, and Dad said he went to check on the turkey when there was an explosion and the bird flew out of the oven and hit the opposite wall, along with a mess of green goo. My mother cried and washed up the mess. Dad hammered the sides of the oven back to some semblance of its original state and finished dinner.

Nothin’ says lovin’ like a turkey flyin’ out of the oven.

I’ve been handy with the mixing spoon for decades. However, when I was four, I decided I needed to help my mother bake a chocolate cake. She had all the ingredients ready on the table, and I sat on my knees in a kitchen chair, waiting for my turn with the spoon. She’d let me mix the wet ingredients into the dry when the phone rang. Back in the fifties, we had one black phone in a place of honor in the living room. She went to answer it and I grabbed my chance to ‘help’.
In went about half a box of baking soda and about the same amount of baking powder. Mom returned to find me happily mixing away. She added the vanilla and finished putting the cakes in the oven. I went into the living room to watch Hopalong Cassidy, and yes, that’s a real television show. By the time Hopalong had corralled the bad guy,s I heard a scream coming from the kitchen. Mom stared into the oven with horror. Smoke poured out. The cake bubbled and heaved much like The Blob and would’ve done any monster movie proud. Needless to say, I never was allowed to be in the kitchen unsupervised.

There have been several epic kitchen fails in my life. Believe it or not, I surmounted those difficulties to pursue my dream of being a personal chef. I passed my exams with high grades and the only thing that held me back was my health. I kept falling and was diagnosed with peripheral neuropathy. I had to give up my business, but it allowed me to follow my next dream on the old bucket list.

I wanted to write.

It was a natural that celebrity chefs, Tilly Danes and Jordan Kelly came to life in this book Recipe for Murder Love. They stir up enough chaos and kisses to set the kitchen on fire. Add in a little murder and what more can someone ask for in a tasty dish?
I hope everyone enjoys Tilly and Jordan’s escapades in my first book with Entangled.

Find out more about Recipe for Love
Only $0.99 for a limited time!

Behind the Book with Susan Meier

Behind the Book with Kelsie Leverich

While you’ll have to wait until January 2018 for the next X Games, you can enjoy the jaw-dropp…