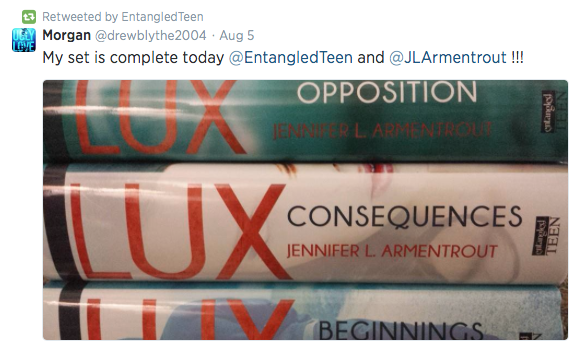 #TGIF Readers! It’s been a crazy week. If you didn’t know, there was a bit of an alien invasion going on. One of the Daemon Black kind. Opposition dropped into the world and the Twitterverse went wild. But before we get to the Lux pandemonium, something else HUGE happened this week. Something that got us Entangled peeps on our feet to happy dance. So let’s get down do it…

Amazing news broke earlier this week. We shouted it from the roof tops so everyone could hear. Well, everyone except for Opheila London apparently: 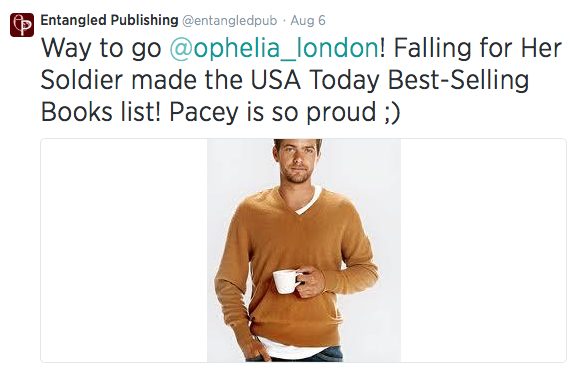 While we celebrated the news, the Best-selling Ophelia was no where to be found…

But alas the mystery was eventually solved:

And all was right with the world again:

So of course we had to give her some special #WitterWednesday love:

We were also treated to a stunning picture: 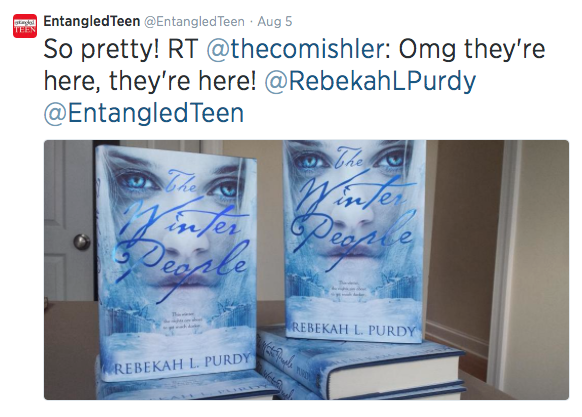 Then a little book called Opposition released on 8/5…and chaos ensued: 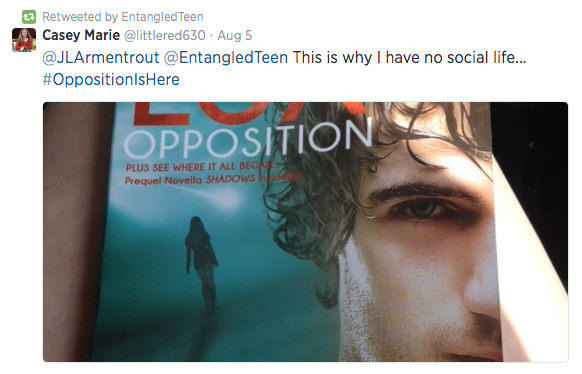 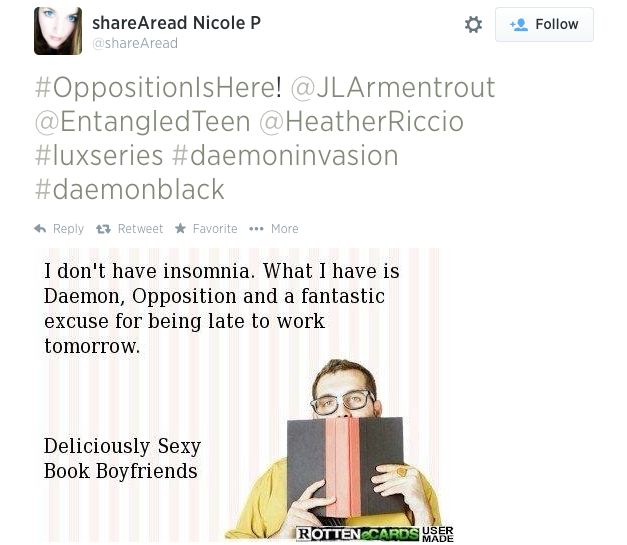 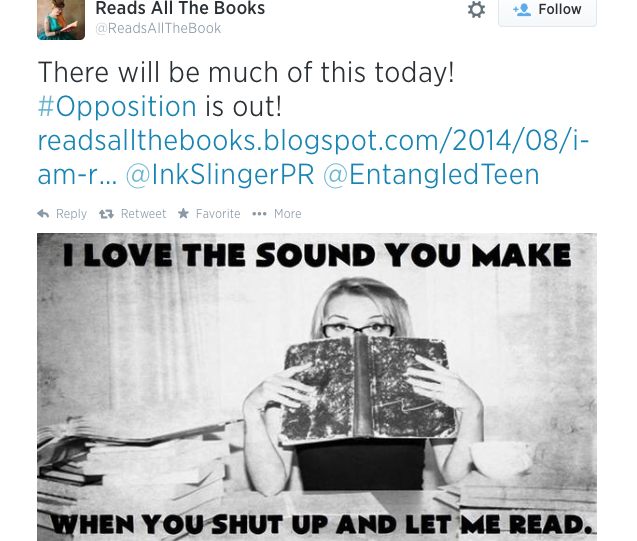 We all found the delivery man of our dreams: 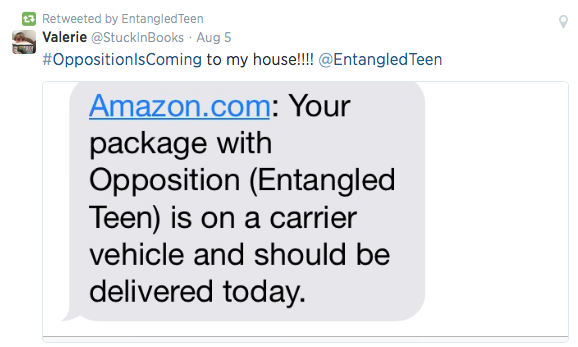 And discussed the best way to greet the sexy alien knocking on the door: 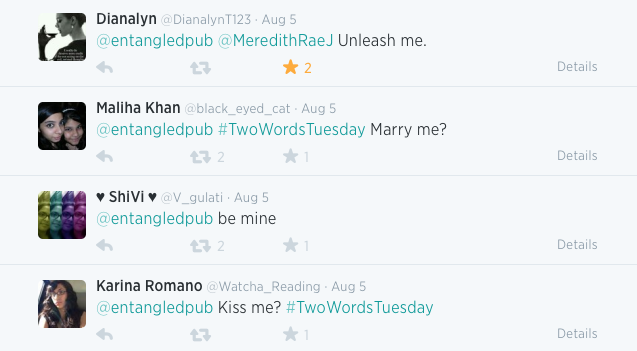 Although the most surprising information of the week was learning that the all-powerful Akinator had a soft spot for Daemon…who knew? 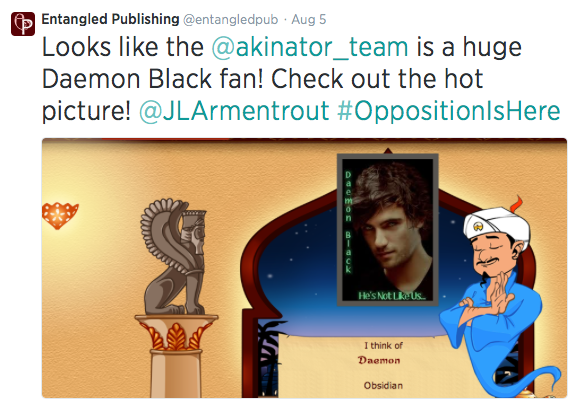 *Phew* And to think, that was only a small sample of the craziness on Twitter this past week. Join us next week for more mischief and mayhem. And don’t forget to spread a little #TwitterLove!

TGIF Readers! Are you ready to find out what you missed on Twitter this week? From the chocol…

Happy Friday! We had a blast this week. Here are some of our favorite moments shared with our amazin…

#TGIF readers! It’s #TwitterLove time. Hope everyone had a fabulous week. This week we dished teen a…