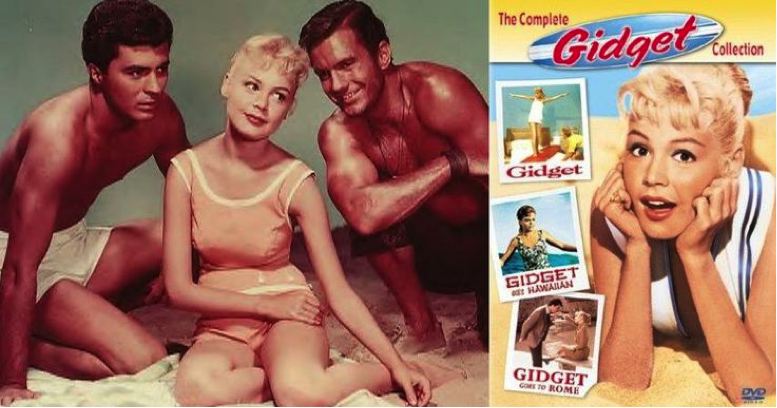 Summer is in full effect and we are compiling a lit of the Ultimate Beach Movies.  All week long check to see which movies made the cut!

Ophelia: Hey Emmy! The ultimate summer beach movie I want to watch with you is Gidget.

Emmy: What now? What’s a gidget? It sounds like something my car mechanic would charge me $500 to replace.

Ophelia: No! It’s the title of a dreamy movie from the 1950s about a surfer girl in Malibu and her crew of hunky surf buddies. 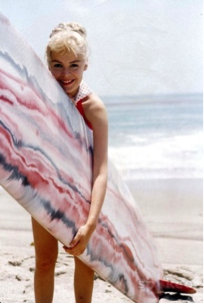 Emmy: In my neck of the woods that would have gotten her a certain reputation *gives a disapproving sniff* 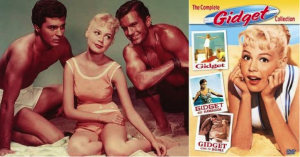 Ophelia: Yum. Nice abs. Just like the military heroes in your series, Emmy! 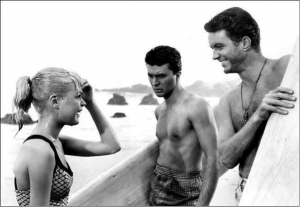 When I was a kid, I watched this scene over and over…not for the spectacular green screen effects, but for Moondoggie’s (James Darren) completely adorable, ocean-sprayed smile when he’s surfing and for the first time Moondoggie hugs Gidget. Yeah, that part of my video tape eventually broke.

Emmy: Aww well now that just sounds cute. Do they get it on?

Ophelia: There are exactly two kisses, but they’re both delicious! So yes, they get it on, 1959-style.

Emmy: So the movie I chose to watch with you is Open Water 2: Adrift. As you can see from the poster, it’s not exactly a 1950s summer-fun movie! 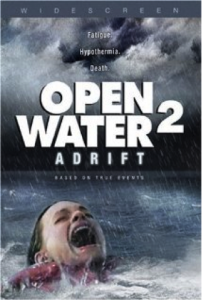 Ophelia:  I saw the first Open Water movie—yeah…if Jaws hadn’t already made me terrified to swim in the ocean! Tell me about the sequel.

Emmy: It’s a good movie to watch if you never, ever have any intention of ever getting on a boat again. Basically a bunch of people go for a swanky cruise on a small boat. They all jump overboard to swim, only to find out that it’s impossible to get back on the boat because no one thought to lower a ladder. What’s worse is they left a baby on board. And let’s face it, there’s only so long you can tread water… 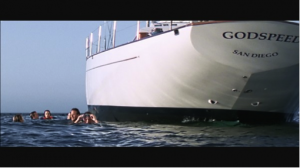 Ophelia: Oh my. That’s tragic. Please tell me there is least a hot guy or two? That always helps!

Emmy: Yup Eric Dane, AKA Mc Steamy, is in it. But that about as good as it gets (sorry other actors in it). As you see from the photo, there is only one lifejacket…and well, I just wanted to say: if we ever get stuck in the middle of an ocean because neither one of us thought to lower a ladder into the water, I’d totally share my lifejacket with you…and I’d share McSteamy. Probably.

Ophelia: Then we could always do a marine version of Thelma and Louise. Can we invite Brad Pitt to that party?

Emmy: If it’s Thelma and Louise Brad Pitt, sure! So young and delicious. Remember when he grins and says, “I like your wife”? Swoon. But if we want to go on open water, I think I’ll stick to LOVE BITES, your new Shark Week novella. Open water, your own version of McSteamy, and a whole lot of open mouths (and not just the sharks!). Yum!

Ophelia: I…have no reply to that.

Emmy: Then my work here is done. 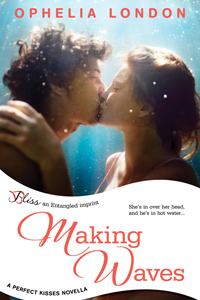 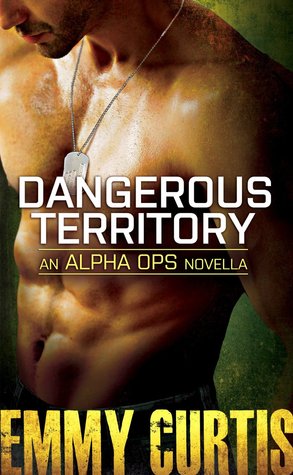 Get the latest Entangled releases!

I love to bake. Especially cakes. I don’t get to do it often but always for my kids’ birthdays and o…

My family has always been a little…different when it comes to Christmas. Christmas dinner was …