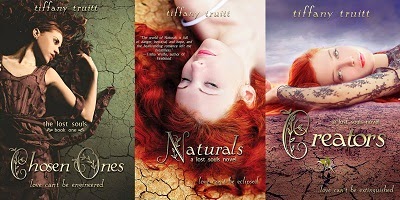 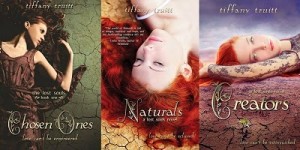 First, let’s state one essential truth: in the modern world of publishing, bloggers hold the key to the kingdom. Yes, it is important to write a compelling story, work with stunning editors, and choose a publisher that will back you up and do what’s best for your work, but even the most stellar of stories struggles to find success without the support of the on-line community.  I won’t get into the history of the many battles between authors and bloggers (if you’re reading this, you have probably been front row and center for some of them), but what I will do is share one writer’s concern. In fact, it’s not even a writer’s concern. It’s a female concern.

Yes, most authors stalk Goodreads. We do. And while some go nuts and rant on twitter that their work is just so misunderstood, I tend to keep my thoughts to myself. As a former blogger and avid reader, I couldn’t support freedom of speech more if I tried.  But, recently, I did come across a reviewer who said the last novel in my YA dystopian series, Creators, was “rapey.”  Now, for those of you not familiar with my series, it is a dystopian story centered on women’s issues: gender politics, the role of women in society, the rights of women, and the empowerment that comes with exploring female sexuality. More than a love story between the novel’s heroine and hero (though don’t misunderstand me, there is quite a bit of romance between the two), the novel is really more a self-romance….the story of a young woman coming into her own, finding her voice, and not being afraid of her own needs and wants.  Any good dystopian story takes the fears of the author, and more than likely the world he or she lives in, and amplifies them in order to explore those areas of darkness in hopes of finding a solution.

When I read the “rapey,” comment, I was floored. As if I used the scene to entice readers or to amp up the action. This was certainly not my intention, but I was reminded by a friend from my grad school days that once the story is out of my hands then authorial intent be damned. The story belongs to the reader, and it doesn’t matter what I intended or not.  It is up to the reader to make of the narrative what he or she will. I can’t be mad at this blogger any more than I can be mad at myself for loving every bit of the LOST ending. I made the narrative what I willed it to be.

What I can say with certainty is that the comment led to numerous discussions with friends and family members about female rights in this country, in this world, and in literature. It’s been less than a hundred years since females here in the good, old USA have had the right to vote. I could go on and on about how women still aren’t paid the same as men, lament about the situation in Africa, or retweet a thousand times the horrifying rape statistics from not only third world countries but on our own soil as well.  But I need to do more than that.

Some will ask why, if I consider myself a feminist, I write for a publisher known for romance novels? I will counter that I wouldn’t want to write for anyone else. It has been a long and poorly shaped argument that only women of the less brilliant and repressed nature devour romance novels. Low-brow literature of the most pathetic kind. This couldn’t be further from the truth.  There have been numerous studies that have proven that women who read romance novel and female-centered stories have proven themselves to be fully competent, fully sexualized, and self-aware women. All one has to do is look at this company. Made up of almost all women, Entangled Publishing, and its authors, is one of the most recent success stories to come out of a faltering business.

So, I won’t hesitate to continue to write for a romance publisher. Because my stories and the stories of my fellow authors explore what we want. What women want. How we want to be treated and how we don’t want to be treated. What we want from our lives and what we won’t stand for. And I, for one, think we are far from being finished with telling our stories.

Learn more about Tiffany and her Lost Souls series 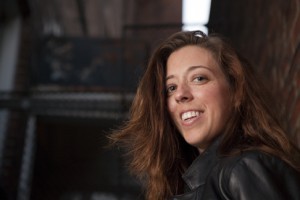 After the book tour: Author, Shonna Slayton, and editor, Stacy Abrams, tell all!

I may be a city girl who’s lived in New York for over a decade, but I love hiking, skiing, an…