The Story Behind Pan’s Conquest

The inspiration behind Pan’s Conquest came from a piece for solo flute written by Claude Debussy titled Syrinx. Some people say the piece is written from Syrinx’s perspective as a woman running from a pursuer, and others think it is Pan’s lament when he finds out Syrinx is gone. I go back and forth whenever I play it, seeing both sides of the story. 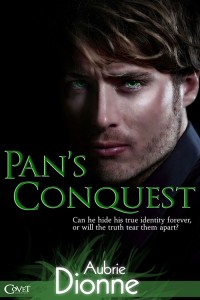 But, the ending never did sit well with me. Fleeing from Pan’s lust, Syrinx asks the river nymphs to turn her into a reed in the water. They do, and once Pan reaches the river, he cuts the reed and makes his flute.

So, does Syrinx die? What really happens to her? Does Pan know he’s cutting the reed she has become to make his flute? Does that make him a murderer or an admirer? The whole story is kind of weird and unresolved. I felt bad for both of them.

So, I decided to make my own end. What if Syrinx tricks him into thinking she’s gone? What if she transports to the 21st century and lives as a mortal? What if he follows her? And what if, given a second chance around, they fall in 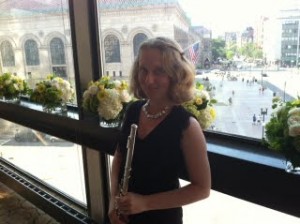 That’s how Pan’s Conquest was born. I wanted Pan to start out as thinking of Syrinx as a prize to be won. Then, with human influence, he realizes how much more she is than a trophy or a conquest. His time spent in the mortal world humanizes him, and his wants and needs change.

As for Syrinx, I wanted her to come down from her lofty pedestal as the goddess of chastity. I felt as though she needed to loosen up and have a little fun- give a guy a chance, you know? So, her character arc is all about defining herself not through her godly vow of chastity, but through who she really is: a lover of nature and poetry, a florist, a friend. By finding a new sense of identity, she frees herself from the idea that her self-worth is tied to her virginity. Because life is much more than that, right?

Posted in: Authors Speak Out, Behind the Book, CovetTagged: Aubrie Dionne, Covet
Previous

Behind the Book with Ignite Authors Genie Davis and Linda Marr

A Changing World, by Mary Duncanson

1 Reply on Behind the Book with Covet Author Aubrie Dionne

I had the good fortune to be one of the early readers for Lea Nolan’s Conjure. Before I was even hal…