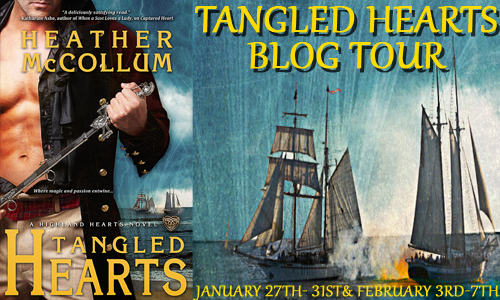 Hey everyone! We are totally stoked to announce the hosts and schedule for Heather McCollum’s TANGLED HEARTS which releases on January 27th!

The tour runs for two weeks – January 27th-31st and February 3rd-7th – has two stops per day, and consists of mostly reviews and an interview.

There will also be a tour-wide giveaway for a $25 Amazon Gift Card and 3 eBooks of TANGLED HEARTS. So be sure to stop by to check it out. 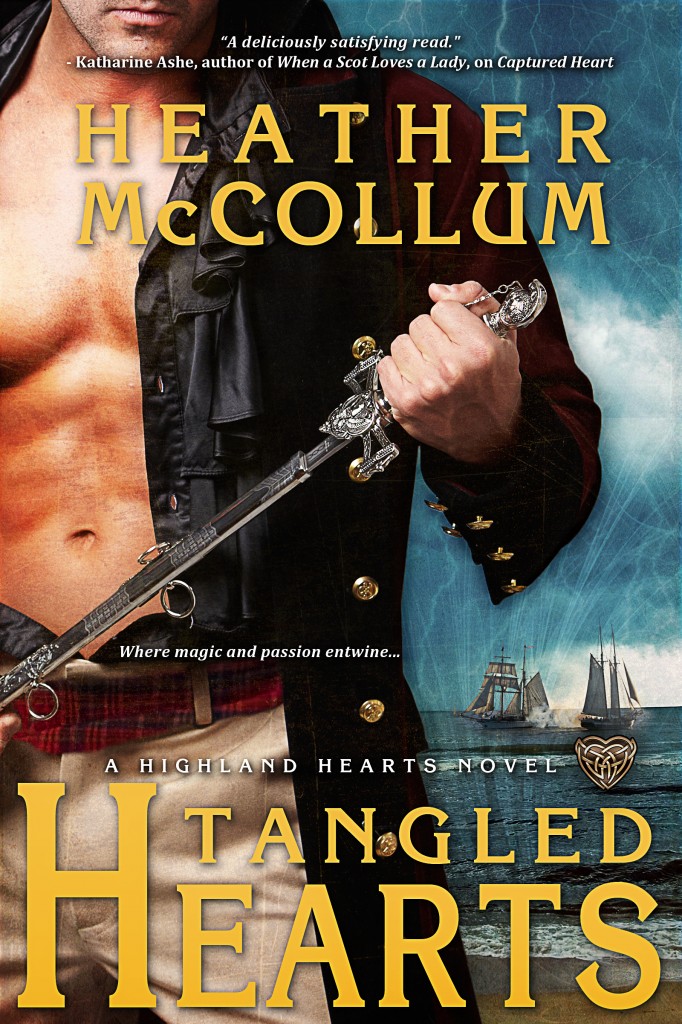 The Tudors take on The Pirates of the Caribbean in this 16th century romantic adventure!

Pandora Wyatt is the most complicated woman alive. Raised by a pirate captain, Dory risks exposure of her magic to free the only father she’s ever known from the Tower of London. But when she’s tied to a smoldering witch’s pyre, her powers aren’t enough to save her.

Ewan Brody is on a mission to deliver a traitor’s corpse to King Henry VIII when he rescues a beautiful spitfire from a horrific fate. Saving the lass’s life leads him on an adventure he never intended. Thrust together in the roles of husband and wife, they dodge royal intrigue, dark twists, and secrets as they attempt to find the true traitor at the Tudor court.

Magic and adventure spark, igniting a fire between Ewan and Dory, consuming them and tangling their hearts together forever. But to reach forever, they first need to survive the day.

Behind the Book with Diana Quincy

The Lowdown on UFC and MMA, by Gina L. Maxwell

What Happens When Juliette & Naima Are Procrastinating… Naima: Well, dear re…