We love to welcome our authors to the Entangled in Romance blog. Today, New York Times and USA Today bestselling author, Gina L. Maxwell, is taking over and talking about UFC and MMA fighting and how they became the inspiration for her Fighting for Love series with Brazen.

About fifteen years ago, my husband and his friends were watching television, shouting and arguing and gesturing like crazed lunatics. “What in the world are you guys watching?” I asked. “UFC,” he replied. I stared blankly at him. “You know, MMA.” I rolled my eyes, but instead of pointing out that one acronym does not automatically explain another, I moved to look for myself.

My jaw dropped and my eyes bugged out of my head.

Two extremely well-built men in an octagonal cage were beating the living tar out of each other. Blood gushed from a gash over one guy’s eye, the other guy’s cheek was so swollen you couldn’t even tell he had a right eye, and yet neither of them let up.

If they weren’t striking with punches, they were landing body shots with a well-placed kick or knee. And if they decided that wasn’t good enough, they’d shoot into their opponents’ hips, drive them into the mat, and then do a ground-and-pound. All while grappling like wrestlers until they could maneuver one of many special submissions, causing the other guy to tap out, get choked unconscious, or the ref called the fight.

Needless to say, I was appalled.

I turned my head, unable to witness such utter brutality. I spoke up and passed judgment on every guy in my living room, telling them they were all barbaric morons for watching something so horrendous. After that I didn’t see or hear anything about the UFC (Ultimate Fighting Championship) or MMA (Mixed Martial Arts) for a long time.

A few years later my husband reintroduced me to it, but this time, instead of judging it for what I thought looked like a slightly more organized version of Fight Club, I took the time to actually watch (through squinty, wincing eyes at first) and ask him questions. The more I watched and learned, the more I respected the hell out of the guys man enough to enter the octagon.

MMA fighters are modern-day gladiators, stepping into a caged arena with an opponent who has the potential to utterly destroy him. The fights aren’t uncoordinated brawls you see at the local bar. These men are experts in more forms of fighting than Paris Hilton is in forms of shopping.

They train—and damn hard—for years, sometimes from the time they were children, mastering multiple forms of martial arts, wrestling, and boxing. And when they step into that cage, they do so with the utmost respect for the sport and their opponent, even if they’re bitter rivals.

Once I took the time to learn and truly appreciate what they do as athletes, it became a family pastime. Just as some families are huge hockey fans or football fans, we’re huge UFC fans. And like some kids who idolize their favorite team’s quarterback, when my daughter was only seven years old, she told people her favorite fighter was Chocolate Dell. (His real name is Chuck Lidell, but she heard it as Chocolate Dell. We didn’t correct her for years. It was too damn adorable.)

My mother feels as I originally did. She hates it, thinks it’s nothing more than a show of commercialized brutality, and doesn’t agree with us letting our kids watch it, despite the fact that we educate them about the sport so they understand the difference between MMA and random violence. She’s not alone. A lot of people call it human cockfighting and refuse to see it any other way.

But I urge people to take a step back from that strong stance and objectively study what MMA is at its very core. Because I assure you, I have seen more displays of good sportsmanship at the end of UFC fights, than I have in any “normal” sport. I’ve seen numerous documentaries of these fighters, showing them as loving husbands and fathers, men who give back to their communities, men who take the time to teach the sport they love to young people and ensure they grow up with just as much respect for it as they did.

I know writing a romance with MMA heroes isn’t the most effective way to educate people on the sport and its athletes. Nor was that my intention when I began the series. But I did want to make sure I depicted my heroes as so much more than just fighters. Their choice of career does not define who they are as men. It merely enhances them. Because, let’s be honest, a muscularly fit guy who knows how to throw down in multiple different disciplines is just freaking hot. Add in some cuts and colorful bruises along with taped up hands, and I’ll forget my own name.

I love writing the Fighting for Love series with my MMA heroes. Each of the books bring a little more of the MMA world into the stories and introduce a new, sexy fighter who will do whatever it takes to win—inside the cage and out. And maybe next time you happen to see a UFC fight on TV, instead of wincing and flipping the channel, you’ll take a moment like I did to try and appreciate the fighters in a whole new light. 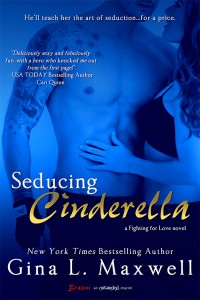 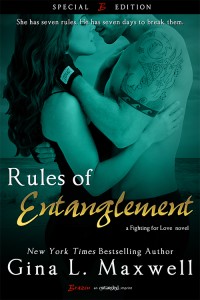 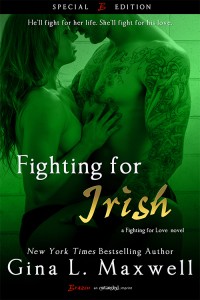 We’re pleased to welcome Kristin Miller to the blog for a little Straight Talk! When you are g…

CALL FOR SUBMISSIONS Forget the meek—the geek shall inherit the earth, and it’s their tu…