Beth Anne Miller: BehindtheBook on A Star to Steer Her By

A Star to Steer Her By is loosely based upon the semester at sea I did in college. I spent nine weeks on a schooner, sailing throughout the Caribbean and up the Eastern Seaboard of the U.S. to Long Island, NY. 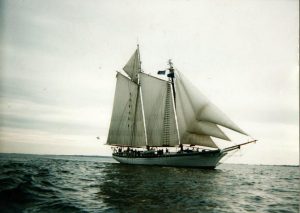 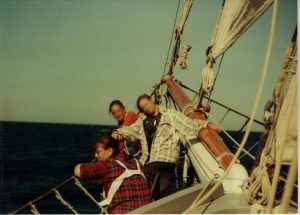 I thought it might be fun to share some of the real-life events that made it into the book, some of which are immortalized in the epic 20-plus-page letter I wrote to my best friends back home and which I reclaimed a few years later, since I failed to keep a journal. 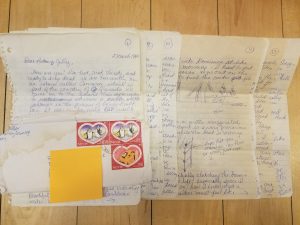 I’ve included a few screenshots from that letter.

Like Ari, my heroine, I was miserably seasick. But being seasick required thought… 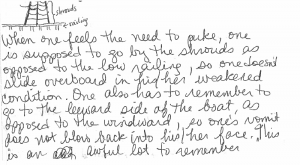 We had several hikes, which I dubbed Hikes from Hell #1, #2, and #3. HFH #1 was to the top of a dormant volcano, just like Ari’s first hike (though mine was Mount Soufriere in Guadeloupe and hers was in the Dominican Republic). By the time I got to the top, it was pouring and foggy and I couldn’t see anything. I literally went the whole way down on my butt (intentionally) and ended up covered in mud. I threw away all those clothes because there was no way to wash them anytime soon. Alas, my camera died on Mount Soufriere, requiring me to get a bunch of disposable cameras at our next port of call.

In fact, I wasn’t great on any of the hikes—and I hated them—which is why it’s ironic that two decades after this trip I did two long-distance hikes in Scotland, which inspired my new book, Under A Storm-Swept Sky.

We had a cute deckhand, and I looked up during class one afternoon to see him bucketing water over himself in a “deck shower.” I obviously had to include that in Star. It’s one of my favorite moments from the first half of the book.

Another event immortalized in Star is the “mahi mahi” scene. We really did see a school of mahi mahi (aka dorado, aka dolphin fish) starting the night before, glowing green as they swam through bioluminescent organisms in the water. They stuck around till morning, and a bunch of my shipmates eagerly lowered fishing lines into the water. One of the deckhands really did go into the water and under the ship to untangle his line. He also hugged his fish afterward. Alas, that event came after I wrote the letter to my friends, but I do have a photo (and we did eat mahi mahi at nearly every meal for days after that). 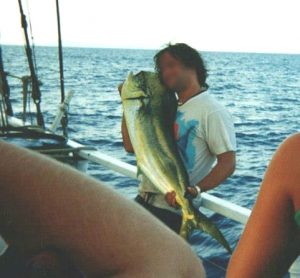 I tried to convey in Star how beautiful the sunrises and sunsets were out at sea. Unfortunately, my trip predated cell phones—or at least predated the average college kid having one—so this was how I had to describe one particular sunrise to my friends (the lines are beams of light shining from behind the cloud, in case that’s not clear):

Of course, there were some other events I wanted to include that just didn’t fit into the story, like swimming in Phosphorescent Bay in Vieques, Puerto Rico (which I don’t think you can do anymore) and the finding of an inflatable boat adrift in the middle of nowhere, which had no doubt fallen off a ship. Here’s how I described that moment: 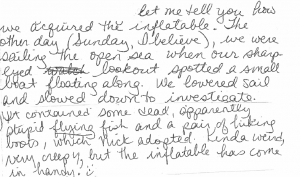 Pretty creepy, to be honest. I think we all wondered for a moment whether some dude was scuba diving below and came up to find his boat gone, but there was no way anyone would be out on the ocean in that without a supporting ship nearby. Hopefully. And we ended up with a second ship’s tender to ferry people to shore, which was a bonus.

I took additional voyages in more recent years that also influenced elements of Star, such as the type of bunks found on the Meg and the crazy storm clouds I saw one evening. 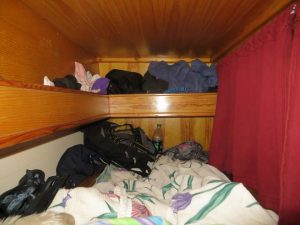 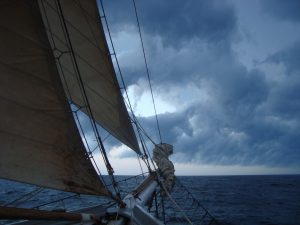 There really isn’t a way to completely convey what it’s like to be in the middle of the ocean in the wee dark hours of the night, looking out at a sea glowing with bioluminescent organisms, under a sky sparkling with an uncountable number of stars. I hope that some of that feeling came across in A Star to Steer Her By.

Pick up Beth Anne Miller’s A Star to Steer Her By for 99¢! 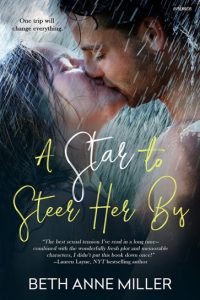 I’ll never be the same.

Ever since my last dive ended in bloodshed, I’ve been terrified to go back into the water. But I need to get my life back. And I’ve convinced myself a semester at sea is the only way to do it.

Rugged, strong, and with demons of his own, Tristan helps me find the courage I thought I had lost and heals me with every stolen moment we share…even though the rules of the ship mean we can’t be together.

But that’s the least of our problems, because my biggest fear has become a reality, and I’m not sure either one of us will survive. 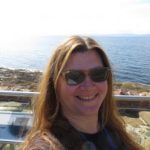 Beth Anne Miller has a fascination for all things Scottish (including, but not limited to, men in kilts), which has influenced all her writing to date. Her first novel is a time travel called INTO THE SCOTTISH MIST; her second, A STAR TO STEER HER BY, has a Scottish hero; and her newest book, UNDER A STORM-SWEPT SKY, is set on the Isle of Skye, and was inspired by her own long-distance treks in Scotland. A native New Yorker, Beth Anne lives on Long Island and works in the publishing industry. She’s looking forward to her next trip to Scotland.

Posted in: Author Interview, Authors Speak Out, Behind the BookTagged: A Star to Steer Her By, Beth Anne Miller
Previous

I wrote my first book when I was in 6th grade.  My elementary school “published” it for me in hardco…

Hi everyone! So excited to be here today to share three songs I listened to a lot while writi…