As if three irresistible new releases weren’t enough excitement for your day we have even more news.

Join five, yes FIVE!, fantabulous Bliss authors at our New Year’s Bliss Bash celebrating our December Bliss releases, our January Bliss releases and a whole lot of other fantabulous other happenings going on this new year.

Who will be here you ask? We will be welcoming:
Cindi Madsen
Ophelia London
Farrah Taylor
Annie Seaton
Barbara DeLeo

There will be plenty of virtual drinks, party hats, Amazon gift card giveaways and fun to be had. So invite all of your friends to join the fun on the Bliss Facebook page.

Falling for Her Fiance by Cindi Madsen is On Sale For Just $.99 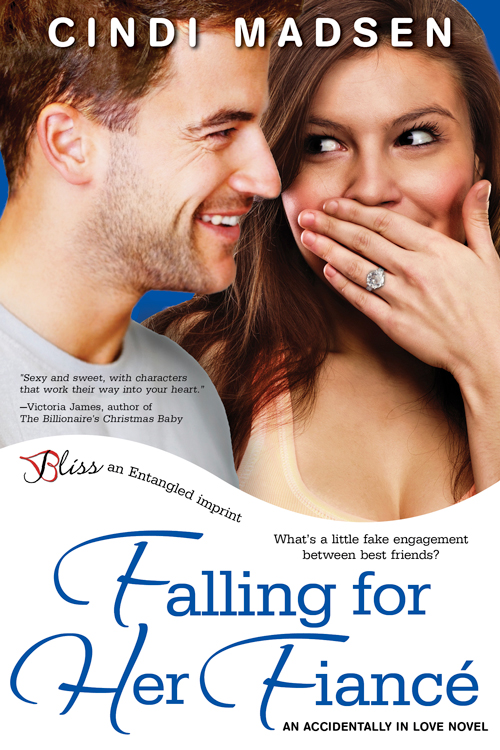 Thousands of readers have fallen in love with Falling For Her Fiance.  Find out why for just $.99, for a limited time only.

Danielle and Wes have been best friends since college, so when Wes needs a date for his sister’s wedding and Dani needs a partner for her company’s retreat, they devise the perfect plan: a fake engagement to get through both events unscathed. Adrenaline-junkie Wes can prove to both his ex and his family that he’s well and truly moved on, and serious-minded Dani can prove to her boss that she’s worthy of the promotion he seems to only want to give to a family-oriented employee.

But amid the fake swoons, fake kisses, and forced proximity, neither expects the very real feelings that develop. There’s nothing more dangerous than falling for your best friend…but what if the landing is worth the fall?

And that’s not all…

Playing at Love by Ophelia London is Also On Sale For $.99 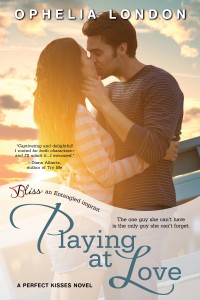 When a school budget crisis pits the music program against sports, choir teacher Tess Johansson doesn’t think things could get any worse. Her singers will need to prove themselves during halftime at every football game, plus take first place at Regionals. Then…she meets her competition.

New head football coach Jack Marshall just needs to keep a steady job to win his custody battle for his young daughter. But when he realizes his competition for funding is Tess—the amazing summer love he never forgot—winning takes on a whole new meaning. With everything at stake, Tess and Jack find themselves torn between doing what it takes to win and doing what it takes to be together.

So pick up your copies of both books and join us at the Facebook party tomorrow night to meet some fabulous authors and a chance to win one of five Amazon gift cards*!

*No purchase necessary to win

Falling for her Soldier by Ophelia London Blog Tour

Robin Covington: Behind the Book

Rebecca’s Tipsy Seduction… Hi, I’m Tamara Hughes, author of Once Upon a Masquerade, a Cinderel…