Take it away, Brooke! 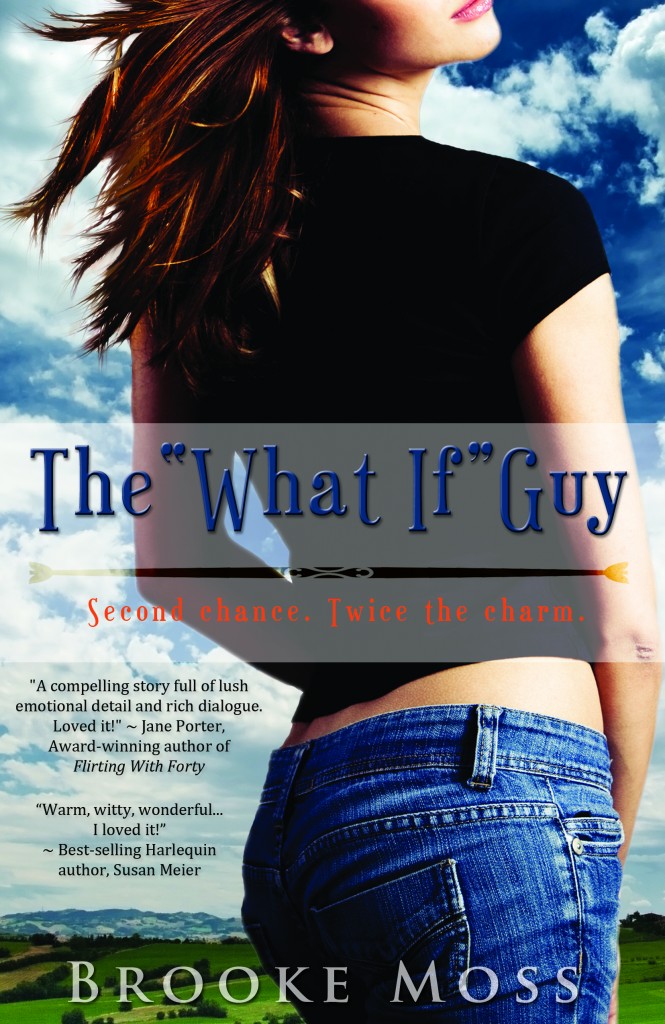 Playlist! In order to write a good book, I’ve got to have some most excellent music to go with it. Oddly enough, it is usually music that I would not otherwise listen to very often. For instance, when I was writing my debut novel, The What If Guy, I listened to a TON of Willie Nelson. And I’m not a Willie fan…or wasn’t, until I wrote this book. And when I was writing The Carny (coming out in July, through InkSpell Publishing), I was plagued with Cher music constantly. I couldn’t get enough of her! I’m still waiting to see what musical muse comes out of the woodwork for my most recent WIP. I’ve been listening to a lot of Adele (who hasn’t?) so maybe she’s the illusive muse this time around?

Oh, my gosh, yes! I had a woman write an email to me, in which she proceeded to tell me that after reading The What If Guy, she decided to write her alcoholic mother an email after eight years of not speaking. They’ve since reconnected, and though their relationship is somewhat fractured (much like my character, Autumn Cole’s, relationship with her father, Billy), they’re making baby steps towards closing that gap, before it was too late. This reader credited my book for inspiring her to do that, and I still get good bumps when I think about that. Because when I set out to become a writer, I wanted to touch people. I said that if nothing else came of my career, if I’d touched people, then I’d succeeded. I’d call that a success. J

Oh SNAP! That’s such a good question! I would go to lunch with Maggie, from Kristan Higgins’ Catch of the Day. She is clumsy and geeky, and makes incredibly stupid decisions and does incredibly stupid things…just like I do. I’ve always felt really connected to Maggie, and would love to sit around a bowl of “chow-dah” with her. Then, if Maggie were busy, I would love to meet with Elphaba, from Gregory Maguire’s Wicked. Though I tend to resemble the Elphaba from the musical more so than the book, the character of Elphaba has always resonated with me. Misunderstood, unaccepted, feels like she has something to prove, always fighting the good fight…and getting herself in trouble for doing so. That was me in my teens. And, well, now. Yeah…Elphaba would be a good lunch date, too.

I went to college for fine art and art history. Though I never finished college (kids—learn from me: always finish college), I still have a deep passion for art and art history. My medium is a bit peculiar for someone who digs learning about history so much. I am a cartoonist. I love drawing cartoons for my kids, especially my ten-year-old daughter. Cheerleaders, mermaids, princesses, and most recently—my own cartoon versions of Bella Swan (Twilight saga) and Katniss (Hunger Games saga). Whenever I am stressed and need a break, I get out the colored pencils and pens, and the world just melts away….

I loathe making up titles for my books. To quote my editor, Libby, I hate it with “the white-hot intensity of a thousand solar flares.” In fact, for my August release…I believe I submitted 37 titles to my editors. Um…yah. 37. That’s a lot. By the end, I was willing to call it “Dat Book”, just so that it would have a name. The good news is we finally came up with one, and it’s pretty catchy. My August release is called Keeping Secrets in Seattle, and I’m pretty psyched to share it with everyone.

I never feel qualified to give someone advice…I’m usually the one asking for it! Though I do have some sound advice to share, that someone once shared with me. If you want to become a published writer, then write. Write, write, write, until your fingers bleed. When you’re done, edit that book. Edit, edit, edit. And when you’re done with that, pass it along to a CP…and listen to their advice. Don’t argue. Don’t justify why you used “loose” instead of “lose”. Don’t cry and threaten to give up the business. Just take their advice and apply it. Then edit a few more times. If that book doesn’t sell, write another. Repeat all the above steps, and try to sell that book. If that one doesn’t sell, write another…and another…and…well, you get the drift.

So many interesting jobs! Okay, I was a professional nanny for a wealthy family on the east coast; a pizza maker; a grocery clerk; I worked in a daycare; I was a waitress (and I was terrible); a hostess; a receptionist; a children’s clothing store cashier; and I cleaned a butcher shop…that one was the worst. I mean, it was terrible. You don’t know revolting until you’ve cleaned bone chips out of serrated blade. But the toughest job I’ve ever had was being a mom to four lovely, darling, maniacal, borderline insane children that I love more than life itself.

Argh. I don’t know how to answer this one…I am a pantser who is also a closet plotter. I start a book with no clue where it is going, I just know one or two small details, and I set off like a horse in a race. Then I get about 1-2 chapters in, and I decide that I need to have a small idea where this story is going, so I sit down and write what I like to call my “chapter breakdown”. I write a 1 to 3 sentence summary of what is “supposed” to happen in each chapter. Then I have a loose guideline as I continue writing, but I allow myself lots of room to stray from that guideline, because there are times when my muse will take me in a different direction that I never saw coming. I know some authors who plot out every detail, make storyboards, and character backgrounds, etc. And that’s great if that works for them. But I have to have some creative liberty, otherwise I tend to feel stifled, and I give the story up.

As soon as I signed my contract for The What If Guy, my lovely, wonderful husband redecorated my daughter’s old bedroom, and made it into an office for me. Which meant, I no longer had to write in a room with pink walls and black poodles and Eiffel Towers everywhere. This was good for my muse, because I was hearing all of my characters speak in a French accent by the time I sold my first book. That room was bad for my creativity. Now I have this lovely room with deep, rich periwinkle blue walls (sufficiently called Behr’s “Babbling Brook”, which my husband found very appropriate), and a nice, long, L-shaped desk on two of the walls. I also have a treadmill, and a large wardrobe that houses my swag and a TV, which almost always plays DVR’d episodes of cheesy reality television. The treadmill goes mostly unused, though I always have every intention of changing that. Really, I do. Sort of.

Well, I have a novella coming out through Entangled Publishing in April. It will be a part of an anthology, as well as sold as a stand-alone novel, and the proceeds will go to support AUTISM NOW. The story is called Bittersweet, and it is about a single mom whose eight-year-old autistic son has a fondness for cooking, so she takes him to spend some time with a temperamental, tattooed pastry chef for lessons. With time, she comes to realize that this chef seems to be one of the only people who can break through her son’s barriers, and finds herself attracted to him in more ways than just gratitude. It’s a very sweet story. I pulled from my own experience as an ASD mom to write it, and I am super psyched to share it with my readers! <3 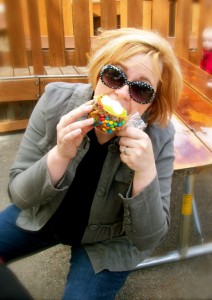 Thanks for having me here to do some “straight talk”. J I had a great time. I look forward to sharing both Bittersweet, The Carny, and Keeping Secrets in Seattle with each of my readers this spring and summer.

by Annie Seaton Why do we love living in small towns? I live in a small coastal town in Australia an…