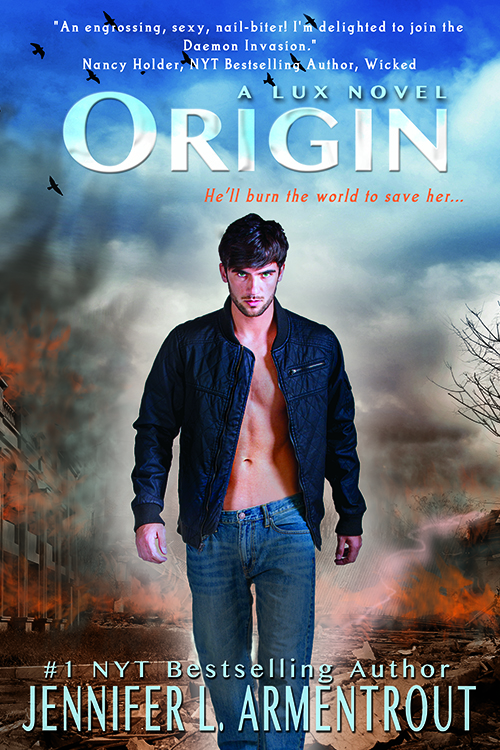 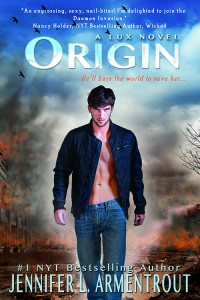 The Origin by Jennifer L. Armentrout tour kicks off today! Jennifer will be visiting blogs with fun interviews, reviews, and top ten stops that you won’t want to miss!

August 27th – Confessions of a Vitababe

August 28th- I Love YA Fiction

August 29th – Once Upon a Twilight

No stop on September 8th

Daemon will do anything to get Katy back.

After the successful but disastrous raid on Mount Weather, he’s facing the impossible. Katy is gone. Taken. Everything becomes about finding her. Taking out anyone who stands in his way? Done. Burning down the whole world to save her? Gladly. Exposing his alien race to the world? With pleasure.

All Katy can do is survive.

Surrounded by enemies, the only way she can come out of this is to adapt. After all, there are sides of Daedalus that don’t seem entirely crazy, but the group’s goals are frightening and the truths they speak even more disturbing. Who are the real bad guys? Daedalus? Mankind? Or the Luxen?

Together, they can face anything.  But the most dangerous foe has been there all along, and when the truths are exposed and the lies come crumbling down, which side will Daemon and Katy be standing on? And will they even be together?

Behind the Book with Historical Romance Author Wendy Lyn Watson

It’s not often that I watch a show from its inception or manage to keep up with it. I’m late …