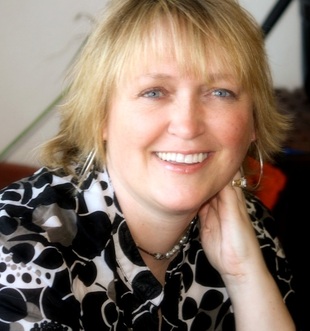 Author of Bringer and the Bane series

We sat down for a chat with Boone Brux,  author of the seriously hot ‘Bringer and the Bane’ series! Keep reading to get to know Boone better and while you’re at it, follow the blog tour listed at the end of this post for a sneak peek into her latest novel, Kiss of the Betrayer, and a chance to win your very own copy of the book! Find Boone on her Website, Twitter and Facebook!

Clean my office. It’s always messy and I can’t stand to write when there’s chaos around me. I also do an detailed outline so I know where the story is supposed to end up or else I’ll go off on some tangent that seemed important at the time.

I don’t really celebrate when I finish writing the book, at least the first draft, because there’s still so much work to do on it. It takes about three days for it to sink in that the galley edits are done and I won’t be touching it again. Then I’ll click on Hulu and watch TV shows. I need a little mindless entertainment before I hit the next book.

I recently got an email where a reader said I was one of her top authors of all times. That is a huge compliment and one I don’t take lightly. I know it sounds like a line, but each email I get from a happy fan makes writing worth it. That’s what encourages me to write.

Oh, that’s easy. I’d have butter beer with Professor McGonagall at Hogwarts. You know she has some stories to share.

Definitely a plot. I’m an action/reaction writer. I like fight scenes and world building. Straight romance is tougher for me to write because I usually don’t get to torture anybody.

I paint murals. Eventually I run out of walls so I also paint on big canvases. I’m working on an underwater scene for one daughter. After I finish that I’ll be doing a circus scene for the other. I love to paint.

There were a lot of things going on in my life when I started the Bringer and the Bane series, but the common thread amongst all of it was my need for something cerebral, yet creative. My twins were two or three when I finished Shield of Fire for the first time. After that, the story morphed from a historical to a medieval fantasy. It only took about nine more years and ten rewrites.

Titles are my thing. I love coming up with titles and usually do that before anything else.

Chris Hemsworth should play Luc and it’s probably best if I play Jade;-)—and we make sure to really explore the hot pool and making love scene. Yeah, I better take that role.

February 5th, 2013
Reading Between the Wines

Ever since he was fifteen, mix-blooded Bringer Luc Le Daun has blamed himself for
the death of the woman he loved. His secret guilt led him into a life of danger,
risking all and committing to no one.

Seeking revenge on Luc Le Daun has been all Jade Kendell has thought about for years. When her plan goes awry and she’s brought into the Bringers’ fold, she fights
to keep her own dark secret hidden. Her desire for a better life battles with a promise made long before she understood its true cost.

Brought together by their pasts, Jade and Luc plunge into the dangerous world of the demon Bane, yet as the peril of their journey grows, so does the attraction between them. The price they will be forced to pay threatens their fragile bond, especially
when their slightest misstep could give the Demon King exactly what he needs to annihilate the Bringers…

Give a big, warm, spring welcome to Alyssa Goodnight, author of the wonderful Select Contemporary no…

Cooking and reading are two of my favorite things. Lately, I’ve been all about making …