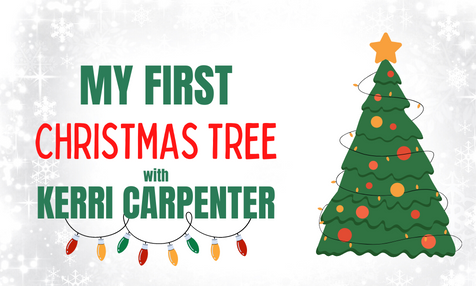 Author of Come What Maybe, the first book in the Seaside Cove Series, coming out this January

A familiar thought struck me as I was decorating my Christmas tree last night. A long time ago, in a galaxy that existed in 2001, the year I’d graduated college and had my first “grown up” job in Washington, D.C. I’d decided I’d wanted a Christmas tree for my tiny studio apartment.

I was living my best Sex and the City life. Well, if Carrie Bradshaw made thirty thousand a year while paying off three student loans and shopped at the Dollar Store instead of at Manolo Blahnik.

I remember the night I went to the CVS on my block. I bought an artificial three-foot tree, CVS-brand, on sale. I picked up one strand of multi-colored lights. I wasn’t sure if I wanted a star or an angel on top, so I decided on a bow. Only, the bow I chose was one of those big red ribbons that cost three-ninety-nine and was actually supposed to be used for outdoor decorating.

I’d gone to a really good college and graduated with honors. I worked for a great company, even if I was at the bottom of the pecking order. Before I could even remove my cap and gown, September 11 had happened. Then the threat of anthrax. Not to mention the D.C. Sniper. But I didn’t let anything get me down. I was living on my own. I was plucky. I could almost afford cable.

And that’s how I decorated my tiny three-foot tree with the outdoor ribbon on top that year. Branches donning my earrings.

I may not have been able to afford expensive presents for my family or buy a round of drinks for my friends. But it was a great Christmas. And my tree never looked better.

Over two decades later, I think about that first tree every year when I start decorating my much larger tree. And if you look really carefully, you’ll always find a pair of earrings somewhere on those branches…. 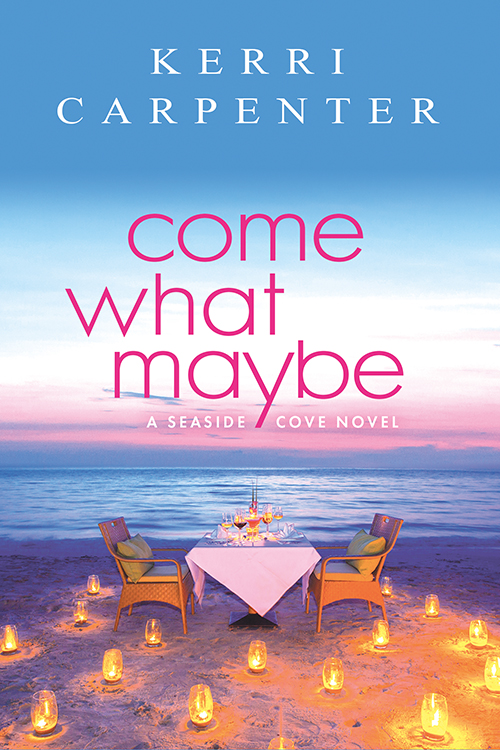 Social media strategist Lauren Wallace plans everything. But when she returns to the charming—if not too small for comfort—town of Seaside Cove, it’s only about a second before her tough-love Grams is already on her case. So when Grams tells her not to go to that bar, Lauren decides it’s time for a temporary rebellion. Which is exactly when the trouble starts.

Grams was right. The bar was not a good plan. Because suddenly super-cute bar owner Ethan McAllister has gone from being Lauren’s (kind of) high school nemesis to a very unexpected one-night stand. And worse, Lauren’s attempts to resume her ultra-responsible life keep getting thwarted by more unwelcome spontaneity. And a pregnancy.

Now there’s a baby on the way, Lauren’s the talk of the entire town, and all her planning has gone right out the window. All that’s missing is childbirth to make her pain complete. But it’ll be nothing compared to Grams’s reaction when she finds out that Lauren broke the biggest rule of all…falling for the wrong guy. 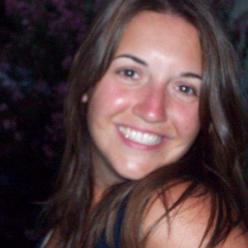 Kerri Carpenter began writing in her grandmother’s kitchen at the age of seven in a small town outside of Pittsburgh, PA. A life-long fan of reading, she got lost in the worlds of The Baby-sitters Club and Sweet Valley High. She also assumed that everyone had characters and plots forming in their heads at all times. Once she turned to romance novels, she couldn’t get enough of books with happy endings, so she started writing her own. Now, Kerri writes contemporary romances, usually set in small towns. She enjoys reading, cooking, watching movies, taking Zumba classes, rooting for Pittsburgh sports teams, and anything sparkly. Kerri lives in Northern Virginia with her adorable (and mischievous) poodle mix, Harry.

Exclusive Excerpt from Cinderella and the Duke by Lydia Drake

I waited an ENTIRE year to read A Court of Wings and Ruin by Sarah J. Maas. It’s the third bo…

Every editor and writer has a workspace. A place where creativity happens. A place to call home. A p…

Going Down in Flames by Chris Cannon    Special $0.99 Introductory Price! If her love life is goi…