Madness. That’s how a paraprofessional at my son’s school said my life must be like with a seven-year-old, a five-year-old with autism, and a strong-willed two-year-old daughter who shrieks more than she talks. Oh, and I have an elderly boxer who’s almost deaf and blind, but it doesn’t stop her from barking incessantly at anything she suspects is moving. And I was not offended in the least because my life can be madness. A carefully controlled madness.

My day starts at 6:00 AM…although lets be clear, that’s simply the time I officially get out of bed for the day. There’s a ninety percent chance I have already been up a least once the night before, whether answering the cries of a sleepy child or letting the dog out to do her business. If I’m lucky, I get to shower in peace, but more often than not, my daughter, Future Heroine, is in the room with me, getting into EVERYTHING and ANYTHING she can. She’s lucky to be cute. After I get us dressed, I head downstairs to help the boys get ready and off to school. When we return home, I make breakfast and answer emails or tend to social media, while Future Heroine watches children’s song videos on YouTube. After breakfast, I rush to clean up the house, because I can’t create in a messy space. Future Heroine and I spend time reading, doing puzzles, and games, and then she plays while I attempt to squeeze in some words on my WIP. My word counts from these morning sessions are usually minuscule, but any words are better than no words.

Around lunchtime, I pick up my younger son from school, and his in-home provider meets me at home to work with him on habilitation goals. So while Future Heroine naps, and my son works with his provider, I take advantage of the lull to edit another book in my queue. At any given time, I’m usually writing one book, editing another, and promoting another, and reading through a revised book on my Kindle is convenient, especially while I wait in the school pick-up line for my older son.

My husband and I usually arrive home at the same time, and we tag team the kids; he helps our older son with his homework while I lather up Future Heroine and our younger son in sunblock so we can go swimming. We usually swim and play until 5:00, when I head inside to make dinner. After dinner and baths, the kids are in bed by 8:00. Then I pour myself a glass of white wine, grab my laptop, and dive back into my WIP. The day has been a bit mad but when I’m alone in my office, the Game of Thrones music score the only sound in the quiet house, I’m ready to get to work. 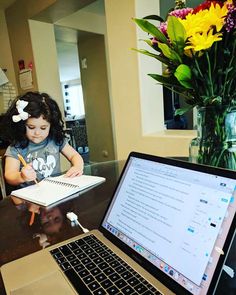 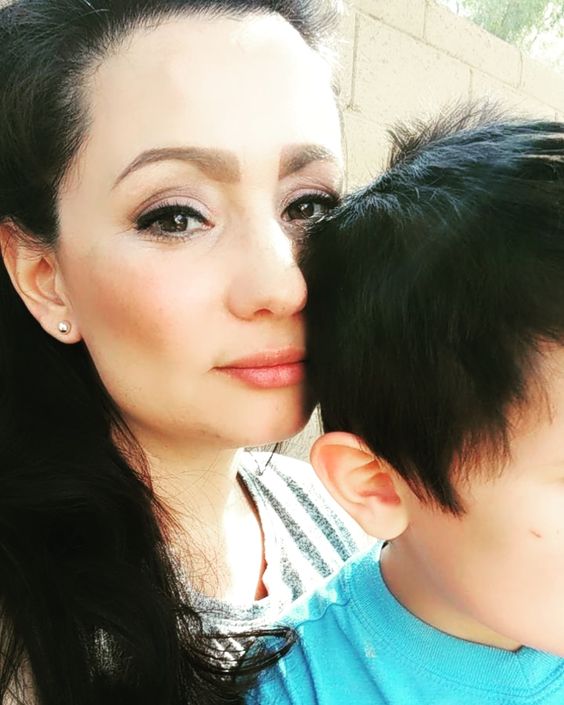 Get To Love a Scandalous Duke by Liana De la Rose for just 99¢!

Family scandal drove Declan Sinclair into exile years ago. Now he’s called home, devastated to discover his brother has been murdered, making Declan the new Duke of Darington. As he tries to unravel what happened to his brother, the clues point to the man he blames for his exile. Declan resolves to ruin the culprit. If only the daughter of the man’s business partner, lovely Lady Alethea Swinton, didn’t tempt his resolve.

Lady Alethea Swinton has cultivated her pristine reputation in the hopes of winning her father’s praise. When her childhood friend returns, Alethea finds she’s willing to court scandal and defy her father to help the handsome Declan uncover the truth behind his brother’s death.

But Declan’s redemption would mean her family’s ruin…

Liana De la Rosa is a historical romance writer whose stories are set in the Georgian and Late Regency periods. As a longtime fan of the romance genre, Liana can remember sneaking Harlequins into her bedroom to read on the sly. After her second child was born, her husband challenged her to write her own book and she’s been writing ever since. Liana is a proud graduate of the University of Arizona and enjoys cheering on her alma mater in all things (BEAR DOWN!). When she’s not writing witty heroes, saucy heroines, and secondary characters screaming for their own stories, she’s a wannabe domestic goddess and fashionista who wrangles a rambunctious brood of small children with her patient husband in Arizona.

Grandma to the twinadoes, or ‘Bama’ as they call me. My four year old twin grandsons k…

Are authors eccentric?     I was once labelled eccentric. As I was only a teenager …

I love to travel. Ever since I was in elementary school, I’ve been fascinated by different cu…