Last year I traveled to Peru and stopped in Puerto Maldonado, which is the gateway to the southern Amazon jungle. In order to reach the hotel, we had to take a boat across the Madre de Dios River.  A short walk through the Amazon jungle and we reached our lodge for the night – a small wooden structure with only screens (no walls) on three sides. The beds were draped in netting to keep out bugs and a native creature had to be removed from the bathroom.

After spending most of my life avoiding anything that resembles camping, this trip wasn’t just going outside my comfort zone, it was burning my comfort zone down. My time in the Amazon included hiking through the jungle calf-deep in mud and a nighttime boat ride to search for alligators.

But one of the highlights was a canopy walk through the jungle at 93-feet in the air. The wood bridges swayed as I walked across, the surface slippery from days of non-stop rain. Monkeys screeched and jumped overhead across the trees. It was one of the most exhilarating experiences of my life.

It took courage for me to go on a trip that was so unlike anything I had ever done. Like me, Ashton Grey, the heroine of Some Like It Spicy, also made a courageous choice. Ashton’s biggest fear is criticism; yet she agreed to be a contestant on The Next Celebrity Chef to save her restaurant. Although she knew she and her food would be judged, she took a leap of faith.

My decision to travel to Peru and the Amazon turned out to be a great one. As for Ashton’s choice, well, that’s her story to tell. 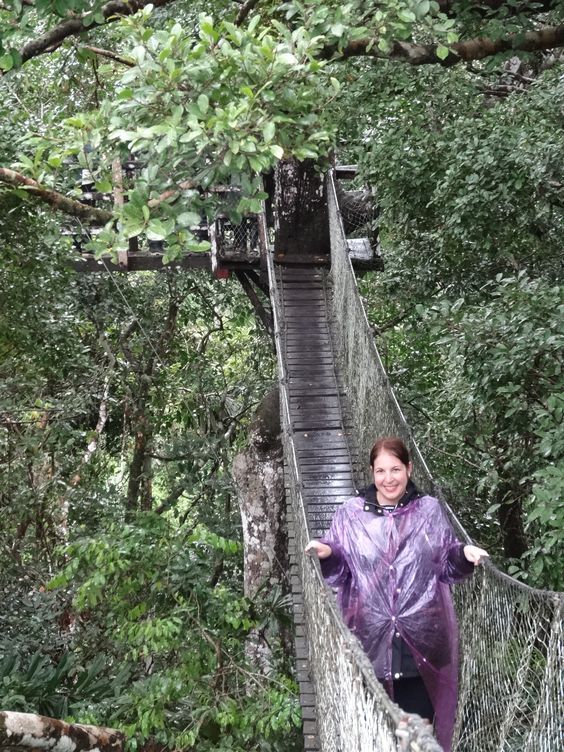 Get Some Like it Spicy by Robbie Terman for just 99¢!

Entangled Teen is having  our monthly twitter party Friday, November 15th and w…

It’s another hot summer and I’ve got some fun late summer reading for you, if you’re looking …