Since I retired, life has not been the hamster wheel it used to be.

Now, I leisurely get out of bed at the civilized hour of 7:30, make my cup of tea, feed the dog, and get on social media for self-promotion purposes in the strict time limit of forty-five minutes. Yeah, right.

After I’ve posted info about my book or myself, said hello to my cousins in Ohio, watched the latest “cute puppy” video, I settle down to write at least 2,000 words.

Seriously, though it takes me a while to get started, I eventually begin writing, and usually go until my husband nags me to get up and walk. We are also trying to lose weight, a constant battle. After we’ve done that, had lunch, and maybe gone shopping or finished chores (or gone to the doctor; you do a lot of that when you’re retired), I settle down for more writing in the afternoon.

My afternoon session is usually better, if I can stay off social media, stop chatting with my husband, or refuse to play Frisbee with my dog. That’s the hardest. Scooter has big brown eyes and a sweet face that’s hard to say no to. I usually don’t.

Once I’ve hung out with my dog and finished a good writing session, my husband, who’s been tinkering around on his own all this time, starts whining that he’s hungry, so my writing day is done. It’s off to the kitchen I go, though he does a good amount of cooking himself.

After dinner and TV, it’s off to bed I go, where I read, or once more hit the screen. For leisure.

It may sound monotonous, but after working, raising kids, and dealing with aging parents, sometimes the routine of ordinary days is just what I need to ignite that spark of romance that fills the books I write. 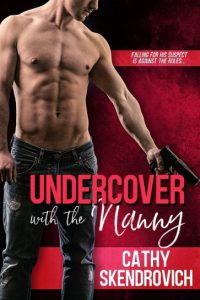 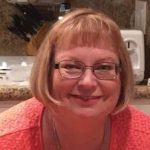 Get ready to fall in love with this upcoming small town romance!   Covering All the Bases by Jo…