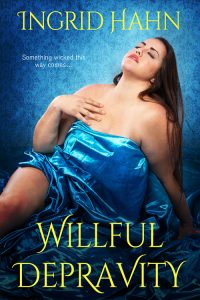 The Marquess of Ashcroft was born to do two things. Paint and rut. The moment he sees Miss Patience Emery he knows he must have her for both.

Patience is a large woman who has resigned herself to having a man only in her dreams. But when Lord Ashcroft approaches her with a chance to act on her bold, scandalous, and depraved desires, she sees her opportunity to indulge in every wicked fantasy she’s ever had… 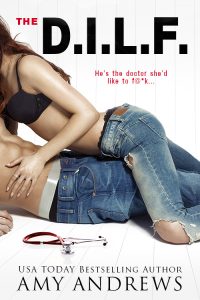 Amy Andrews turns up the heat in her smuttiest little book to-date!

I’ve had a crush on Stefanie, my best friend’s older sister, since I was fifteen. As a geeky gamer with a bad case of acne, she was totally out of my league. But I’m all grown up now, with a medical degree and an in-depth knowledge of female anatomy I’m not afraid to use. When we cross paths again I finally get my chance to live out a few teenage fantasies and prove I can be her guy. I just have to convince Stef to take a chance.

As a resident nurse,I’ve had enough of arrogant doctors to last me a lifetime. I’m not looking for another. I’m especially not looking to hook up with my kid brother’s bestie—ten years my junior—even if he has morphed into a walking, talking, wet dream. If only he wasn’t sleeping in my spare bed for three weeks and making it very clear he wants to be in my bed instead. Not going to happen. I don’t do casual anymore. No matter how much I want to open my legs for the DILF. 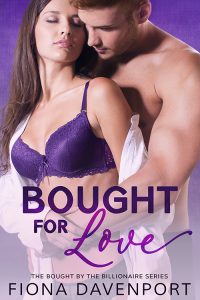 Bought for Love by Fiona Davenport

This sexy billionaire is ready to become a husband, even if he has to buy his bride.

Miles Deveraux has more money than one man needs, but his shady past continues to cause problems. When he decides it’s time to get married, using a discreet matchmaker to find him a wife seems the best choice…until he meets the perfect candidate on his own.

Life in the big city hasn’t gone the way Emma James expected. Faced with the prospect of losing her home, Miles’ offer of marriage saves her.

But once the ring is on her finger, Miles wants more.

Number FIVE Korean skincare is rocking my world at the moment! I love the sheet facemasks, cr…