Something I really enjoyed writing in my novel Frequency was a town obsessed with keeping its teens from knowing about the Pit Viper, a DJ who came and cleaned the town of dangerous club rates nine years ago. Sure, the Pit Viper isn’t the cut-and-dry villain the grown-ups in Hamm, Ohio want him to be…but the fear and worry they regard him with makes him all the more powerful. There are few things I love more than a boogeyman—a mysterious and dangerous figure who lurks in the back of everyone’s mind and makes them scared to go out at night or turn off their bedside lamp.

What makes boogeymen different from monsters is the phantom fear they instill. Sure, Dracula and Godzilla are scary—because they’re dangerous creatures who might kill you. That’s part of who they are. But boogeymen are even worse, because they live in our minds. We build them up as strange, shadowy figures who could do who-knows-what. We’ve spent so long telling ourselves they’re not real, or long gone, or can’t hurt us that when they show up, it’s a culmination of all our worries and fears.

Whoof, is anyone scarier than Michael Myers? He’s the urban legend of his hometown who returns every Halloween go slay anyone who gets in his way. His very presence is terrifying, because its so surrounded with the unknown. Is he just a knife-wielding maniac, or is he evil incarnate? How can he still come after you after getting shot, stabbed, and thrown off a building? Are there even eyes behind that mask?

A spooky-ass legend out of Mexican folklore, La Llorona (Spanish for ‘the weeping woman’) is the ghost of a woman who, in a fit of rage after finding out her husband was unfaithful, threw her children into a river. Now, she wanders for eternity seeking out wayward children. If you hear her weeping, run like Hell!

Freddy is in many ways the ultimate boogeyman, and heavily inspired how the characters in Frequency regard the Pit Viper. He’s the ghost of a small town’s dirty secret, he wants to hurt kids, he attacks people in their nightmares, and he has a hand with knives for claws. In fact, the parents of Springwood are so scared of him, they won’t say his name! That’s when you know you’re doing boogeymanery right.

OH GOD, LOOK AT IT! Currently housed at the SCP Foundation, the web’s largest repository for mind-bending creepypasta, SCP-173 is a concrete statue that you have to maintain eye contact with at all times, or else! Leave it to Mother Internet to come up with something so terrifying, it makes you check the corner of your room multiple times a night.

Okay, so none of the rules I mentioned earlier apply to Oogie Boogie…but who cares? He’s a living burlap sack of bugs, which is terrifying, and he’s a dancing, gambling, fun-loving boogeyman, which is awesome! How could he not make this list?

Sure, Ozzy’s not a slasher or monster, and honestly, these days he’s a kind-hearted grampa…but for decades, the king of heavy metal was the ultimate boogeyman for every suburban parent in the world. It’s not that you find him under your bed—it’s that you find him in bed with your daughter! 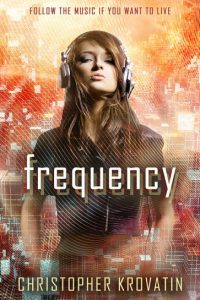 Nine years ago, Fiona was just a kid. But everything changed the night the Pit Viper came to town. Sure, he rid the quiet, idyllic suburb of Hamm of its darkest problems. But Fiona witnessed something much, much worse from Hamm’s adults when they drove him away.

And now, the Pit Viper is back.

Fiona’s not just a kid anymore. She can handle the darkness she sees in the Pit Viper, a DJ whose wicked tattoos, quiet anger, and hypnotic music seem to speak to every teen in town…except her. She can handle watching as each of her friends seems to be overcome, nearly possessed by the music. She can even handle her unnerving suspicion that the DJ is hell-bent on revenge.

But she’s not sure she can handle falling in love with him. 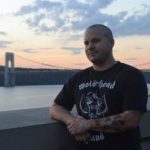 Chris Krovatin is an author and journalist of some ill repute. His past novels include Heavy Metal & You, Venomous, and the Gravediggers series. He is a contributor to Revolver Magazine and MetalSucks.net, and formerly sang in Brooklyn-based metal band Flaming Tusk. He is an avid fan of weird fiction, the occult, horror movies, heavy metal music, and Halloween. A native New Yorker, he now lives in Denver, Colorado.

The holiday season is upon us, which means it’s time to settle in with your favorite blanket, …