To me, music helps bring mood to a story while I’m writing. I need a playlist of songs that inspire and enrich the words and emotions as they’re entered onto the page. Songs breathe life into the journey the story takes the reader on, where everything is a little more frightening or sweeter because it accompanies the story so magically. Today, I’m thrilled to share the songs that inspired me while writing THUNDERSTRUCK.

The THUNDERSTRUCK playlist starts with You and Meby Lifehouse. Such lyrics like What are the things; That I want to say; Just aren’t coming out right; I’m tripping on words; You got my head spinning; I don’t know where to go from here represent Blake’s feelings for Stevie at the opening of the story. He’s nervous to talk to her. Unstable on Midgard.

Imagine Dragon’s Thunder actually doesn’t fit Blake as much as it fits his brother, Kyle. Lyrics like, I was uptight, wanna let loose; I was dreaming of bigger things fit Kyle perfectly. He’s always trying to get out of Blake’s shadow who is most favored by their father, Thor. And, I was lightning before the thunder represents Kyle and Blake. Kyle stave that shoots lightning and he’s older than Blake whose hammer sounds like thunder after he releases its power.

5 Seconds of Summer’s Jet Black Heartalso plays into the brothers’ relationship. Kyle has always felt broken and he just wants to be better and loves Blake. The blood in my veins; Is made up of mistakes; Let’s forget who we are; And dive into the dark; As we burst into color

OneRepublic’s Love Runs Out was a great song for one of the scenes where Blake, Stevie, and Kyle are running. It definitely describes Blake’s thoughts during this scene. I’ll be our light, your match, your burning sun; I’ll be the bright and black that’s making you run; I got my mind made up and I can’t let go.

Louis Tomlinson and Steve Aoki’s Just Hold Onwas perfect for the climax and when Blake and Stevie have to push through some tough situations. It’s not over ’til it’s all been said; ‪It’s not over ’til your dying breath; ‪So what do you want them to say when you’re gone? ‪That you gave up or that you kept going on?

How could I not include Coldplay and The Chainsmokers’ Something Just Like This? It just fits the entire book perfectly. And this is how Stevie feels, I’m not looking for somebody; With some superhuman gifts; Some superhero; Some fairytale bliss; Just something I can turn to; Somebody I can kiss. And fun teaser, Blake finds it on Stevie’s playlist.

Thank you for sharing the THUNDERSTRUCK playlist on the blog today. I hope you all enjoyed it. What song inspires your writing or reading? 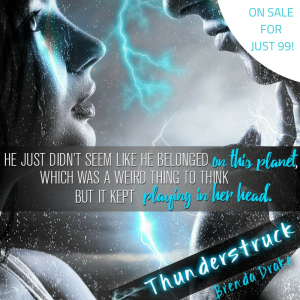 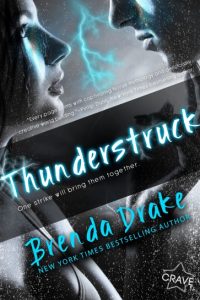 Stevie Moon is famous…at least to the subscribers on her comic review vlog. At school, she’s as plain as the gray painted walls in the cafeteria. So when Blake, the hot new guy at school, shows an interest in her, she knows trouble when she sees it. Been there. And never doing it again.

As the son of the god Thor, Blake Foster’s been given an important mission—to recover the Norse god Heimdall’s sacred and powerful horn before someone uses it to herald in the destruction of the entire universe. But while Blake is great in a fight, the battlefield that is a high school’s social scene is another matter.

Blake knows his only choice is to team up with the adorable Stevie, but she’s not willing to give him even the time of day. He’ll need to woo the girl and find the horn if he hopes to win this war. Who better to tackle Stevie’s defenses than the demi-god of thunder? 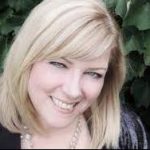 USA Today Bestseller Cari Quinn has hit the road – so to speak! For the next couple of weeks C…

It’s that time of the year again…you know, the time when you decide how the new year is …