Sex and the City fans will remember that Carrie and company were all pretty busy in the bedroom department, changing lovers on the same schedule as hairstyles. Still Carrie (played by Sarah Jessica Parker) had three major love interests in the course of the show’s six seasons: woodsy, warm-hearted furniture designer, Aidan; ego-challenged author, Jack Berger, and last but not least, international man of mystery, businessman Mr. Big (played by Chris Noth).

Despite his frustrating aloofness, I was Team Big from Day One when a young Carrie spills her bag of condoms at his feet. B-u-s-t-e-d.

Big broke Carrie’s heart numerous times, including a brief marriage to the very opposite of her. At one point, she likens herself and Big to Katie and Hubbell, the mismatched pair in “The Way We Were.”

Like a bad (boy) penny, Big always had a knack for turning up just when Carrie was settling into a promising new relationship. But it was always the same old story.

In the series finale, Big follows Carrie to Paris, where she’s just had an EPIC falling out with boyfriend du jour, self-absorbed installation artist, Aleksandr Petrovsky (Mikhail Baryshnikov). Big and Carrie stroll around the city, and he tells her she’s the one. With a tear in his eye. Perfection!

Even when he pulls a runaway bride at their wedding (in the first feature film), he manages to come back from it. Who needs a ring when you have a fab pair of bespoke heels to seal the deal? 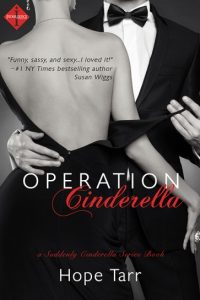 Manhattan magazine editor Macie Graham always gets her story—and she’ll do anything to uncover the dirt on famous conservative radio personality Ross Mannon. After he smears her article on his show, nearly costing Macie her job, she devises a plan to masquerade as a modern-day Cinderella and get her revenge on the infuriating Texan.

All Ross wants is a woman with old-fashioned values to be his housekeeper and role model for his troubled teenage daughter. When the perfect woman shows up, Ross is relieved—until he finds himself drawn to his gorgeous, red-stiletto-wearing new employee. “Martha Jane” is opinionated and sexy, and Ross is intrigued…and more than a little turned on.

Macie thought Operation Cinderella was foolproof, but Ross, with his rugged good looks and southern charm, proves to be as perfect behind-the-scenes as he does in public. But when she finally uncovers a secret that could destroy Ross’s reputation, she faces losing her job or losing the fairy-tale ending she didn’t even know she wanted. 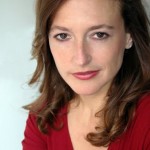 Hope Tarr is the award-winning author of 25 romances, including OPERATION CINDERELLA, the first in her “Suddenly Cinderella” series of contemporary fairytale novels. She is a founder and curator of the popular Manhattan-based Lady Jane’s Salon®reading series, now in its ninth year with satellites nationwide. Prior to launching her writing career, Hope earned a Master’s Degree in Psychology and a Ph.D. in Education, both from The Catholic University of America. She lives in Manhattan with her fiancé and their rescue cats. Visit her at www.hopectarr.comand follow her on Twitter @hopetarr.

I’m Wynter Daniels, and today happens to be release day for my very first Lovestruck book, THE…

I once sang in a traditional Irish band, and part of my work in keeping our mat…