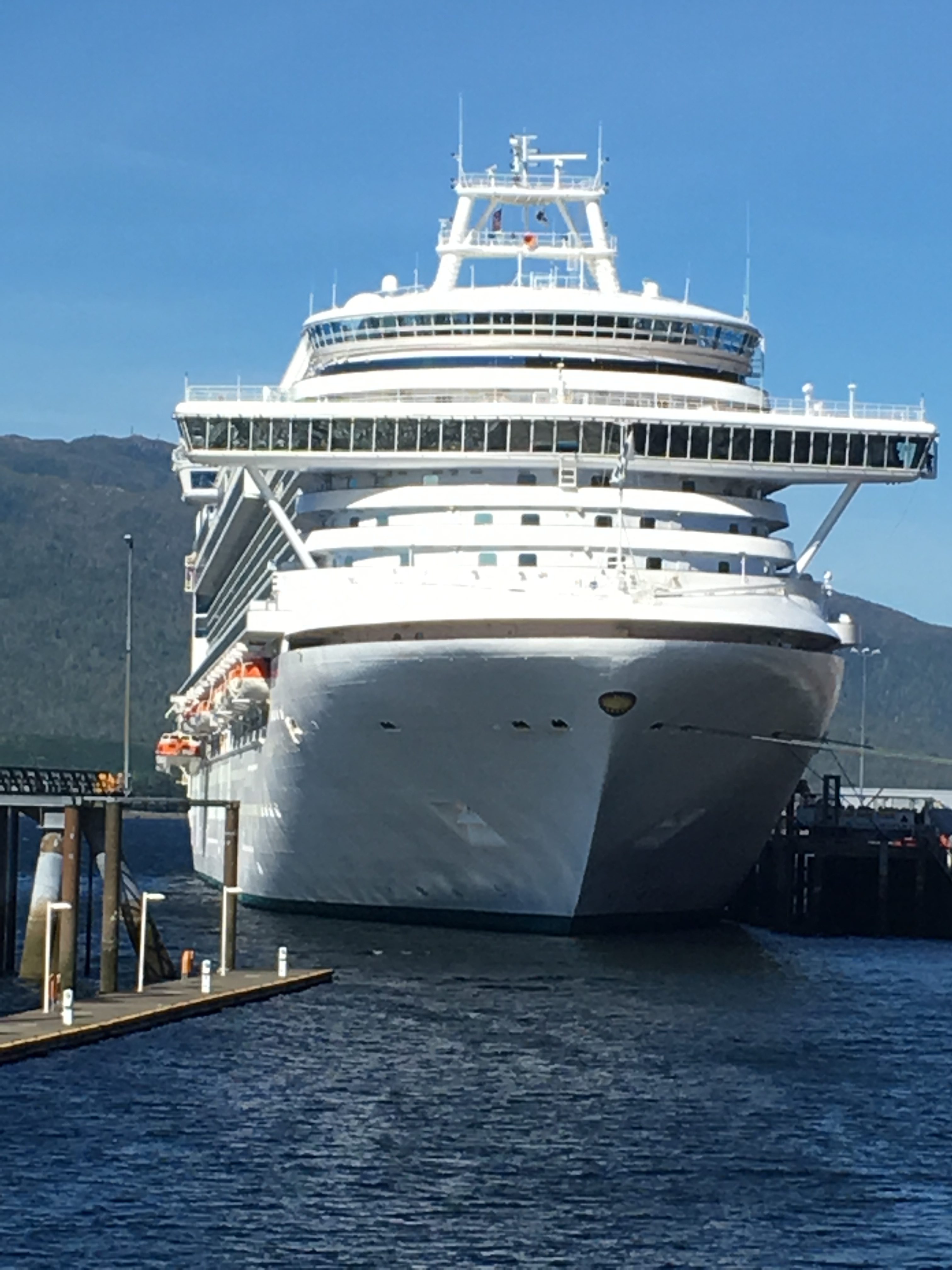 Like most, we have a few places we’d like to visit someday. For me, the dream was to go to Alaska. No, I wouldn’t want to go in -50°weather, I’m from South Texas, after all, but the summer months are cool and inviting. We prepared by checking prices, getting a travel book, and going online to make sure we got to do everything we could, then waited to have time and money available.

Last year my dearest husband, whom I refer to as Brat, arranged for us to go on a cruise, along with some family friends. There’s nothing like pulling up next to the cruise ship, and watching people mill about. 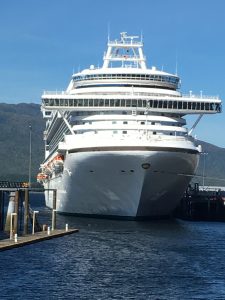 I expected a wonderful vacation, what I got, in addition, was the honeymoon we postponed so many years ago.

When we got married, we opted for the sensible route. Instead of the big church wedding, we exchanged vows in the gazebo, with only a handful of friends and family. Instead of splurging on a honeymoon, we put a down payment on our house. This time, he went all out. I was greeted by flowers and champagne. 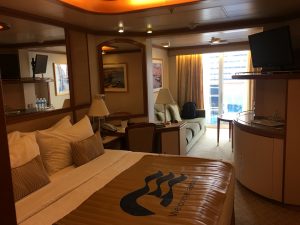 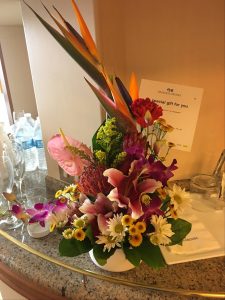 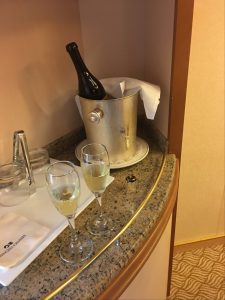 The following morning, he arranged for breakfast, coffee, and sweets. Let’s face it, some of the best part of traveling is the food.

Though I promised I wasn’t going to work during the trip, I managed some time on the balcony, writing about Rio and Celeste in Temptation and Treachery. Honestly, how could you not enjoy this view. 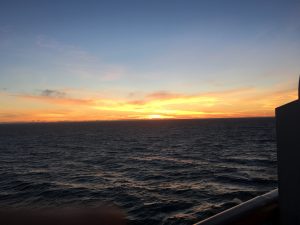 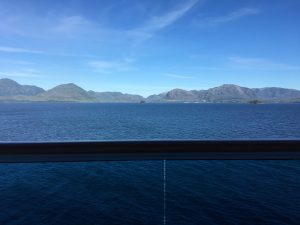 The ship docked in Ketchikan, Juneau, and Skagway where we enjoyed breathtaking scenery, shopping, the Mendenhall Glacier, whale watching, a puppy training camp, and local cuisine. 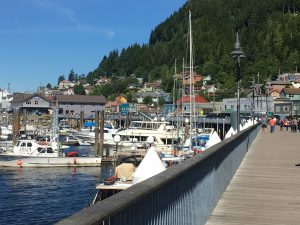 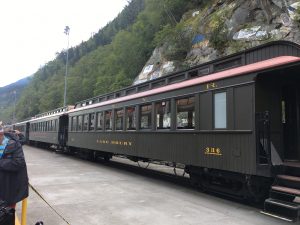 Seven days where I got to play the character instead of writing one. 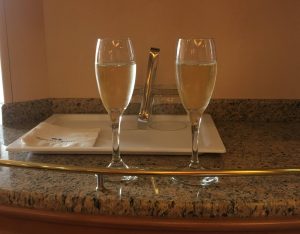 Now I’m back to writing my next novel about Brandy and Nick. Sign up for my newsletter for updates. 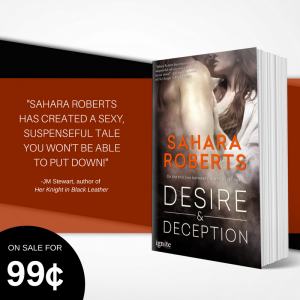 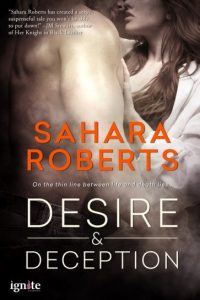 Tessa Marshal agreed to make her last night in Mexico memorable, but she didn’t expect that to include being dragged out of her car in the middle of the night. She wakes up to find herself bound on the floor of a cartel safe-house, having to account for her part in a double-cross.

Kristopher “Kris” Harmon has spent years undercover climbing the ranks within the Mexican cartel. He walks a tight line between vicious drug runners with agendas of their own and working with the cartel leaders he’s trying to organize. Any distraction could prove fatal for him.

Their worlds collide when Tessa is mistaken for a drug mule and taken captive. As time runs out for both of them, Tessa has to reach beyond her fears and trust a stranger while Kris must choose between his lifelong ambitions and saving Tessa’s life. If they want to survive, both must trust that there is more to the other than what meets the eye. 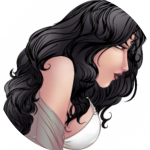 Sahara Roberts caught the writing bug early in life. She enjoys writing Romantic Suspense and Contemporary Romance. Her days are filled with international trade issues (the legal kind) and her evenings writing steamy romance. When she’s not at her usual hangout, Savvy Authors, she enjoys socializing on Facebook, Twitter, GoodReads, Google+, Pinterest and her website, or watching Castle, NCIS, Supernatural, and The Walking Dead (Following Daryl). Sahara lives in South Texas with her husband and two very spoiled cats. She enjoys cooking, baking, and cake decorating, but she would certainly prefer to have someone else do the dishes.

My husband’s family lives in western Montana. Normally, we road trip out there every s…