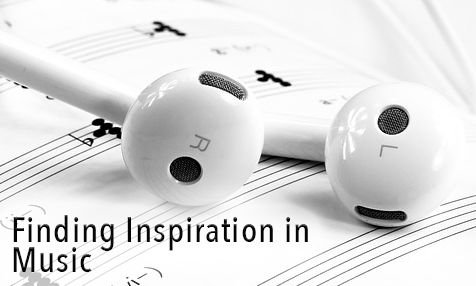 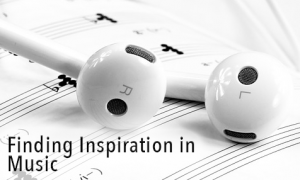 Elizabeth Bright stopped by to share the music behind the book! Check out her playlist for Twice As Wicked, on sale for a limited time for just 99¢! 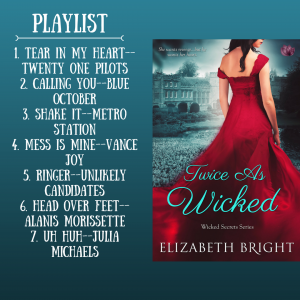 Get Twice As Wicked by Elizabeth Bright for just 99¢! 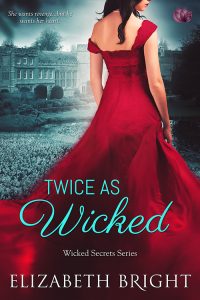 Miss Alice Bursnell is determined to wreak revenge on Nathaniel Eastwood, Viscount Abingdon, for the seduction, ruin, and death of her beloved twin sister. But how to expose a seducer without falling prey herself? As she gets closer to Nathaniel, she finds she is in serious danger of following in her sister’s much-too-tempted footsteps. The man is nothing like the heartless rake she expected…and his kisses are truly divine. Could she be wrong about him?

When a mysterious and gorgeous woman confronts Nathaniel at a fancy ball, he suspects she has murder on her mind—his own. But the more he tries to determine who the deceptively innocent beauty is—and what she’s up to—the deeper he falls under her alluring spell. Nathaniel fears he’s in imminent danger of losing his life…or worse, his heart. 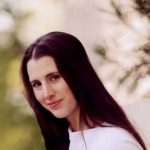 Debut author Elizabeth Bright is a writer, attorney, and mother. After spending ten years in New Orleans (yes, she survived Hurricane Katrina), she relocated to Washington, D.C. to be closer to family. When she’s not writing, arguing, or mothering, she can be found hiking in the Shenandoah or rock climbing at Great Falls.

Happy #AlienDay!   We at Entangled love our aliens sexy, sweet, and full of spice.  But …

The Haunting of Heather McCollum       Happy Autumn, everyone! I love this time of ye…