I love to bake. Especially cakes. I don’t get to do it often but always for my kids’ birthdays and occasionally for friends. Here are a few of my favorites:

But the coolest cake I’ve made so far was the snake cake for my son’s Indiana Jones themed birthday party.

You’ll need a bundt pan or ring tins – in the tutorial I followed, she had 2 different sizes of ring tins, a large and a small. I only had one bundt pan so just used it and it turned out great. I actually really liked the bundt pan as the ridges it makes in the cake gave the snake some bumps that looked pretty cool.

You need a good, dense cake that will hold up to some stacking and fondant weight. Make 3 rings (2 smaller and 1 large if you have the two different sizes).

The base layer/bottom of the snake is created using the two rings. Leave one ring whole and cut the other so you can piece it with the first ring to form a S shape, using smaller cut off pieces to fill in the gaps where necessary. Once you have your snake shape, frost it and cover with fondant. A gray or tan fondant would work better but I ended up with an off white and it still worked fine.

For the tail, I used crumbled cake and frosting and fondant to form and drape the tail over the edge of the tray I had it on.

Place the third ring on top of the base “snake” to form another coil, trimming as needed to create the right shape. Use the cut off pieces with frosting to form the neck. Don’t worry about what it’s looking like underneath. It all gets covered anyway.

I used rice krispie treats to form the head and just followed the picture to carve the shape and decorate once covered with fondant.

Cover the rest of the cake with frosting and fondant and then you can decorate. The scales can be made with either one of the cake decorating tools to make a quilted pattern or anything that has a square/diamond pattern. I tried using the mesh from a bag of oranges but it wasn’t really thick enough to push in well. Though it might work rolling the mesh onto the fondant with a rolling pin before applying the fondant to the snake.

My painting skills are sadly lacking, but I ended up with something that, while not realistic, was still pretty cool.

For pictures and more detailed instructions, please visit The Snake Cake website. While her instructions were a little hard for me to follow, I used the pictures she included as examples of what should be looking like. 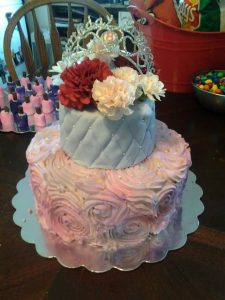 Be sure to grab Kira’s Sweetly, Deeply, Absolutely for just 99¢! 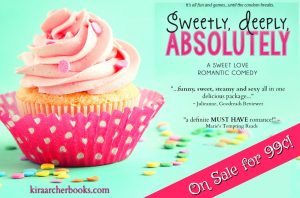 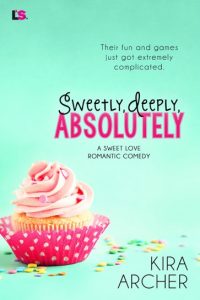 Culinary student Jenny Boyd happily agreed to help at her friend’s bakery while she was on vacation, and working side by side a 6’2” piece of man-candy is the icing on the cake. That is, until he opens his big mouth and agrees to make the wedding cake of the century for a giddy bride in under two weeks. Of course he did. And to think she’d been fantasizing about licking powdered sugar off his muscular shoulders. Now she wants to rap him in the head with her rolling pin.

Graphic designer Jared Crew can’t believe he agreed to help manage his best friend’s bakery—and with her, the hottest baker in three states. She’s smart and sassy and so sexy he accidentally accepted an order to make a twenty-layer baklava wedding cake, whatever that is. One thing is for sure—Jenny might just kill him before he can convince her that desserts aren’t the only sweet thing between them… 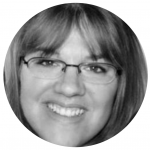 Seven Ways to Woo a Woman—And Yes—We Want to be Wooed!