Once upon a time, at the RWA conference in San Antonio,  Jenna Bayley-Burke got Donna Alward to laugh. And then Sarah M. Anderson laughed too…

The best ideas can start from the silliest of situations. At the RWA conference last year I saw a commercial for a farm dating website. And decided the commercial would be far sexier with cowboys. And since Donna Alward was writing cowboys for her Harlequin American books, I told her to write me that book. But with hot cowboys and an imaginary schmexy dating site.

Health issues had stalled out my writing,  but not story ideas. Donna is a good friend, so encouraged me to write the story myself. And to make sure I did, she’d do it with me. Sarah got roped in too…claiming the widower before we even finished telling her the idea.

I claimed the virgin…and then we decided on the Not My1st Rodeo theme. Our site would cater to the hot cowboys I wanted, but to create the deep emotion Donna and Sarah are known for, we targeted those daters looking for a second chance at romance. A virgin who’d been divorced or widowed? How was I going to manage that?

I knew what I wanted in the story – a sexy summer thunderstorm, rustic cabin, and rancher who looked great with his shirt off. As long as I got my wish list, virginity was a minor inconvenience. Which gave me an idea…

If everyone who reads the Not My 1st Rodeo stories has half as much fun as we had writing them, it will be a very happy summer!

The idea for the stories came at the 2014 Romance Writers of America conference in San Antonio, Texas – and in a hallway close to the ballrooms. A few friends from my home chapter in Canada *waves at Deb and Linda* had a hilarious story about getting hit on prior to the start of the conference, by fertilizer reps attending their own meetings. Hand to God, when one of my pals said that they were romance writers, this guy said that “we’re in the same business, then!” and thought it was stupendously funny!

Not. Can we all roll our eyes and say “Ugh” together?

But boy, it made for some good laughs, and one thing led to another while we were waiting for the luncheon to start. Soon there was a lot of laughing about dating sites and a writer’s favorite game ever – WHAT IF.

And so the idea of a series of books about a dating site specifically for cowboys and ranchers was born. Turns out lots of these sites actually exist – who knew? After watching some truly incredible online ads for a few sites (said very tongue-in-cheek), we knew we HAD to write the series. I’d been friends with Jenna Bayley-Burke for a long time, but we’d never worked on a project together. And when we thought of a third person to round out the trio, Sarah came to mind right away. I mean, the girl comes with a hat and a corset. And boots.

And guess what? We’re all still laughing. Writing romance is a great gig, but writing it with friends is awesomesauce.

I wish I could claim the brilliant idea for NMFR—but I can’t. I was at RWA in San Antonio in 2014, wearing my cowboy hat like a boss, when Donna and Jenna approached me. We’d all written for Heidi (Moore) Shoham when Samhain was still around and Donna and Jenna had had this great idea. When they’d thought of who could be a good fit for this world, I was the name that popped up!

Needless to say, I was totally flattered! I’d only been published for three years at that point and still felt pretty new to Romancelandia as a published author, so to have these two awesome ladies think of me still makes me smile. It was a high compliment indeed.

We stood in a hallway and they explained their idea to me—a dating website like Farmers.com—but for lonely ranchers and cowboys. The kicker was that everyone would be older—we weren’t looking at fresh-faced college kids testing out true love for the first time. Everyone would have more miles under their belts and they’d write it for Heidi. Donna would put together a support website, the ‘real’ NotMy1stRodeo.com, to recreate the dating website for the books. Then they asked me what I thought.

I remember standing there for a moment, looking at them, my brain clicking along at top speed. I think they’d just begun to wonder if I was even paying attention—it was a long moment!—when I said, I’d do it, as long as I got the widower.

Done. And off we went!

I didn’t know it at the time, but shortly after we agreed to join forces for this project, my husband would need to have open-heart surgery. It wasn’t an emergency, but it was still a huge deal. I wrote Something About a Cowboy as we were working our way up the chain of specialists and doctor appointments and looking back now, I can see that I poured every single fear I had about a worst-case scenario out into Something About a Cowboy. I wanted Mack, the widower, to be hot and sweet but the depth of his emotion still hits me in the chest like a punch. And I think I wanted to know that, even if my world ended, I could still go on, just like Mack did.

(Don’t worry! Husband did great and everything is hunky dory. There weren’t even any dangerous moments. Let’s here it for modern medicine!)

Roping a Rancher was a natural sequel for me because Mack’s son, Tommy, was the only other character who had a speaking role in Something. I wondered how a younger man who’d been instrumental in setting his dad on a date would go about doing that, which led him to Carly. I firmly believe in second chances for everyone, but sometimes those look different for different people.

I’ve enjoyed working with Donna, Jenna and I’m thrilled to be writing for Heidi at Entangled again. The NotMy1stRodeo.com stories are hot and sweet and I hope you enjoy reading them! 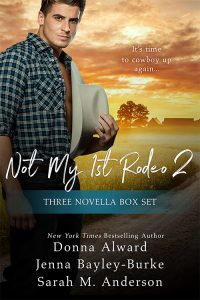 In Donna Alward’s Seducing the Sheriff, Cassidy’s first foray into online dating is an unqualified disaster. Witness to a bank robbery, she’s now in danger. Sexy sheriff Joe Lawson is willing do whatever it takes to protect her, even if that means hiding her away in his secluded mountain cabin.

In Roping the Rancher by Sarah M. Anderson, all Tommy knows is girls his own age don’t do it for him. Carly has no interest in being anyone’s cougar, but when Tommy says he’ll do whatever she tells him to, she can’t resist the chance to take what she wants from a man with no strings attached. But no one said anything about scarves…

In Jenna Bayley-Burke’s Captivating the Cowboy, aspiring designer Jules is about to head to New York. Before she leaves, she’s going to help widower Slade Weston find the perfect ranch wife, but finding his forever turns into schmexytimes. Jules doesn’t want to be a wife and mom, and Slade isn’t moving across the country. It’s just a fling, until she’s not sure where she truly belongs. 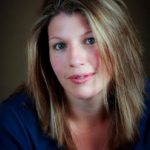 Donna lives on Canada’s east coast with her family which includes a husband, a couple of kids, a senior dog and two crazy cats. When she’s not writing she enjoys reading (of course!), knitting, gardening, cooking…and is a Masterpiece Theater addict. 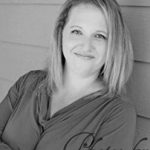 By day, Jenna is faster than a speeding toddler, stronger than a stubborn husband, able to leap tall Lego structures in a single bound…but by night, while the family sleeps she writes romance novels where no one ever has to scoop up after the dog, change diapers, clip coupons, drive carpool, do laundry, mop floors, get silly putty out of hair, vacuum, empty the vacuum bag (gross!), exercise, count calories, apply bandaids, clean up puke…wait where was this going? Oh, Jenna writes romance because it is glamorous. Just ask the dog. 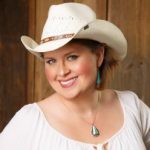 Sarah M. Anderson is an award-winning author who writes contemporary snarky and sensual romances featuring cowboys and bull riders as well as billionaires with and without babies. She won RT Reviewer’s Choice 2012 Desire of the Year for A Man of Privilege. The Nanny Plan was a 2016 RITA® winner for Contemporary Romance: Short. Sarah spends her days having conversations with imaginary cowboys and billionaires.

#TeaserTuesday: A Taste of You by Teri Anne Stanley

Winner: Daemon Full Bracket Here   Daemon vs Bishop Round 1 Match 7   Thank you to These F…