Okay, confession time. Up until a couple of weeks ago I had no idea what shipping meant. In fact, I’m still not entirely sure I know and so there’s a good chance I’ll use it incorrectly at least three times in the next two paragraphs (which is very tempting because then I get to see my teenage daughter’s face as she rolls her eyes and tries to disown me. Even more so if I say the word shipping and do some disco moves at the same time. Love you, Molly).

But I digress, this isn’t about how to embarrass your kids, rather it’s talking about shipping. Which turns out is something I’ve been doing for years without even knowing. Hello Blair and Chuck, Dean and Castiel, Lorelai and Luke, Joey and Pacey, Monica and Chandler, Lesley Nope and Ben, Kurt and Blaine, Malcolm Reynolds and Inara.

And of course the ultimate, Buffy and Angel.

For twenty years I’ve loved this couple and, as Emma Thompson quite rightly says in Love, Actually, “true love lasts a lifetime.”

So, I can already see Spike fans getting edgy and I’m sure you have your reasons for wanting Buffy to end up with Blondie Bear but for me it would just never work because Spike isn’t Angel and therefore they can’t be together. It’s simple math!

So, why do I love Buffy and Angel so much? Um, well I believe it started when he first took of his shirt and Buffy and I caught our collective breath. But seriously, Angel was Buffy’s first love. Sure they had their problems. The age difference, the dark history, the whole curse thing which resulted in her killing him, but she made him want to be a better person. Plus, I so wasn’t joking about that chest.

Now, if you’ll excuse me I need to go see if my daughter’s okay. She was last seen face palming after I mentioned that I was shipping gifs on the interwebs. 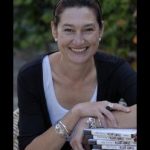 Amanda Ashby was born in Australia but now lives in New Zealand where she writes romance, young adult and middle grade books. She also works in a library, owns far too many vintage tablecloths and likes to delight her family by constantly rearranging the furniture. She has a degree in English and Journalism from the University of Queensland and is married with two children. Her debut book was nominated for a Romantic Times Reviewers Choice award, and her first young adult book was listed by the New York Public Libraryʼs Stuff for the Teen Age.  Because she’s mysterious she also writes middle grade books under the name, Catherine Holt and hopes that all this writing won’t interfere with her Netflix schedule.

Be sure to check out Amanda’s new release

We’re think you’ll be shipping Bec and Lincoln from the first chapter! 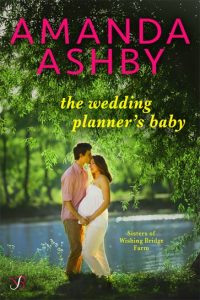 Free-spirited Bec Watson was never having children––until she is. No way she’s ready for this, and she’s not going to tie-down the father, not even (especially!) if he’s secretly an English Lord. She’s doing this solo, which means she needs help from the one place she swore she’d never return…Wishing Bridge Farm. Home.

Lincoln Mathews has never known love, only responsibility. And now his family home and business is in jeopardy unless he finds a solution. Fast. Their idea? Marry for money. But the girl who stole his heart is carrying their child. His first mission?

Follow her to Wishing Bridge Farm. But soon he’ll have to choose between duty to his relatives and love for the real family he never thought he could have.

Hey there, y’all! Every Man Thinks He’s A Romeo Let’s start this meet and greet of…

Jeremy Denning was never meant to be a hero. He was a convenient secondary character in book one of …

What does Indulgence mean to you? To us, our Indulgence imprint means so many things.  The books are…